A Home in Paris 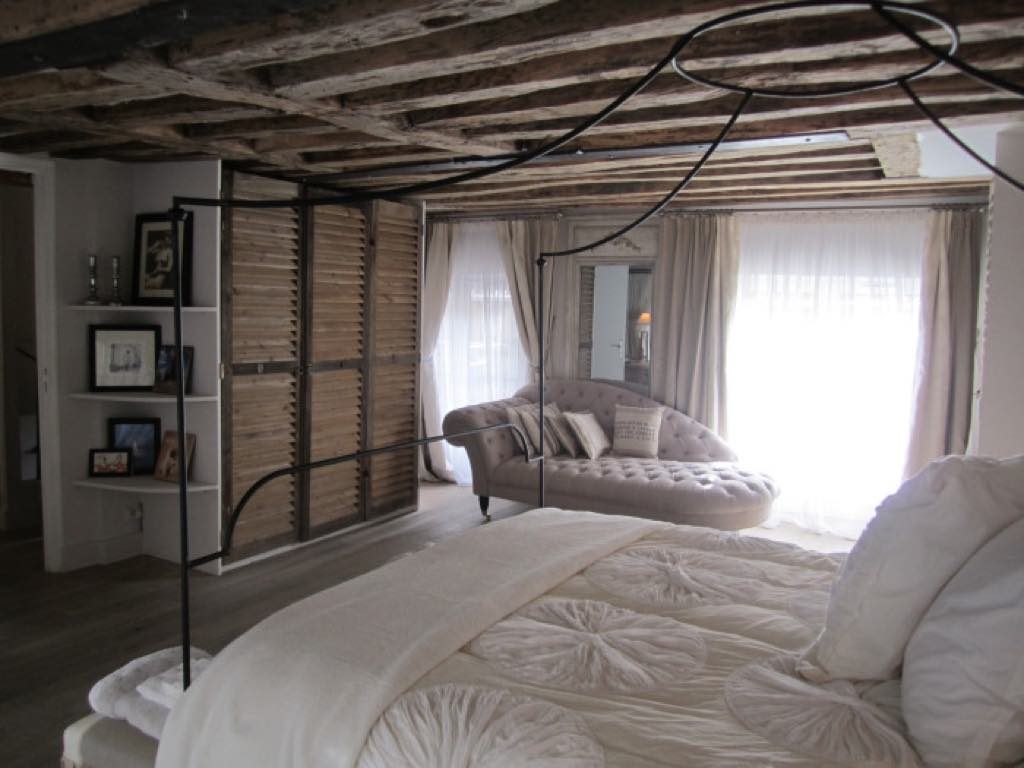 Who hasn’t dreamed of living in a romantic Paris apartment with tall windows, original molding, exposed beams and a fireplace with a big mirror above it and wooden beams? Behind all that charm, however, there are other factors that enraptured buyers should consider.

“Blessed is he who expects nothing, for he shall never be disappointed.” These words of wisdom from Alexander Pope apply to both apartment hunting and living in Paris.

Here are a few expectations those who dream of living in Paris should not entertain (unless, of course, they have an unlimited budget):

Space is at a premium and costs dearly in Paris. Parisians are accustomed to living in much smaller spaces than North Americans, so an apartment suitable for four people in Paris will be quite a bit smaller than a North American home for four.

Apartment buildings that are over a hundred years old – and that covers most of central Paris – are unlikely to have elevators. If there is one, it may have been wedged into a tiny shaft and may not accommodate more than two or three people, much less lots of luggage! A description of an apartment that does not mention an ascenseur (elevator) likely doesn’t have one, so don’t expect 20th-century amenities in 17th-, 18th- or 19th-century Paris buildings.

Keep in mind that stairs can also be very narrow and steep. In Europe, the ground floor is zero and the next floors up are one, two, three, etc., so a second-floor apartment means two flights of stairs.

Older buildings usually have five or six floors. Since ceiling heights can vary, what really counts is the number of stairs and the height of the rise – it’s easier to walk up many low-rise stairs than fewer high-rise stairs.

Even if you find an elevator-equipped building, be forewarned that the elevators are often out of order, so if you can’t or don’t want to walk up stairs, choose an apartment on a lower floor or on a high floor in a building with two elevators (very rare).

Of course, one advantage of higher floors is more light in the apartment, particularly on narrow streets or in courettes (small courtyards).

Modern bathroom facilities are not a given in older Paris buildings. If an apartment has a hot-water tank rather than a chaudière (gas-heated, for instant hot water), the tank may not be large enough to accommodate many long, hot showers with a modern rain-head shower.

Toilets are often separate from the bathroom proper, which will have a tub or shower and a sink (and maybe a bidet). Consider this an advantage, since more than one person can use the facilities at a time. The small toilet room may or may not have a small sink for hand-washing. A tub may have a hand-held shower, but no shower curtain or hook for the shower head. You have three choices: accept it, find a way to work around it or change it.

Don’t expect Paris to be like any other city you’ve ever lived in. You will encounter differences you never dreamed of or perhaps don’t even understand. But remember, no way is right or wrong, just different. If you leave your expectations behind, you won’t be disappointed and will fall in love with the City of Light, just as the rest of us have.

Note: This is the second in a series of articles to help readers find the Paris property that suits their needs best. Part I covered rentals lasting from one week to one year.

Adrian Leeds is the director of the Adrian Leeds Group, Inc., which helps foreigners find short- and long-term housing in France. contact@adrianleeds.com