The Hazards of Following in Famous Foodsteps 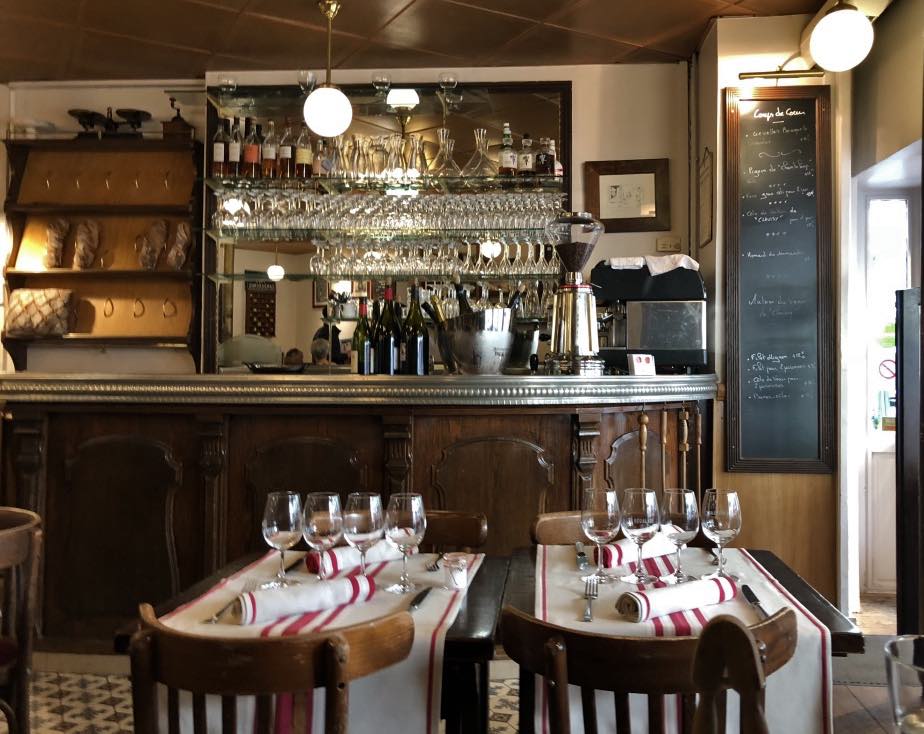 Editor’s note: On Oct. 12, 2017, it was announced the name of the original La Régalade under new owner Ollie Clarke was changing to Origins14.

In the beginning was La Régalade of Yves Camdeborde, considered the inventor of bistronomy. He moved on to open his small empire on the Rue Monsieur le Prince in the sixth arrondissement, and Bruno Doucet took over La Régalade, a pretty little bistro on the southern edge of Paris, and continued to respect the high culinary standards set by Camdeborde, while expanding his own empire with La Régalade Conservatoire and La Régalade Saint Honoré. Now Doucet has left the original Régalade, selling it to one of his former assistants, the young British chef Ollie Clarke, who has decided to leave everything just as it was. Why take any chances with a hugely popular restaurant? 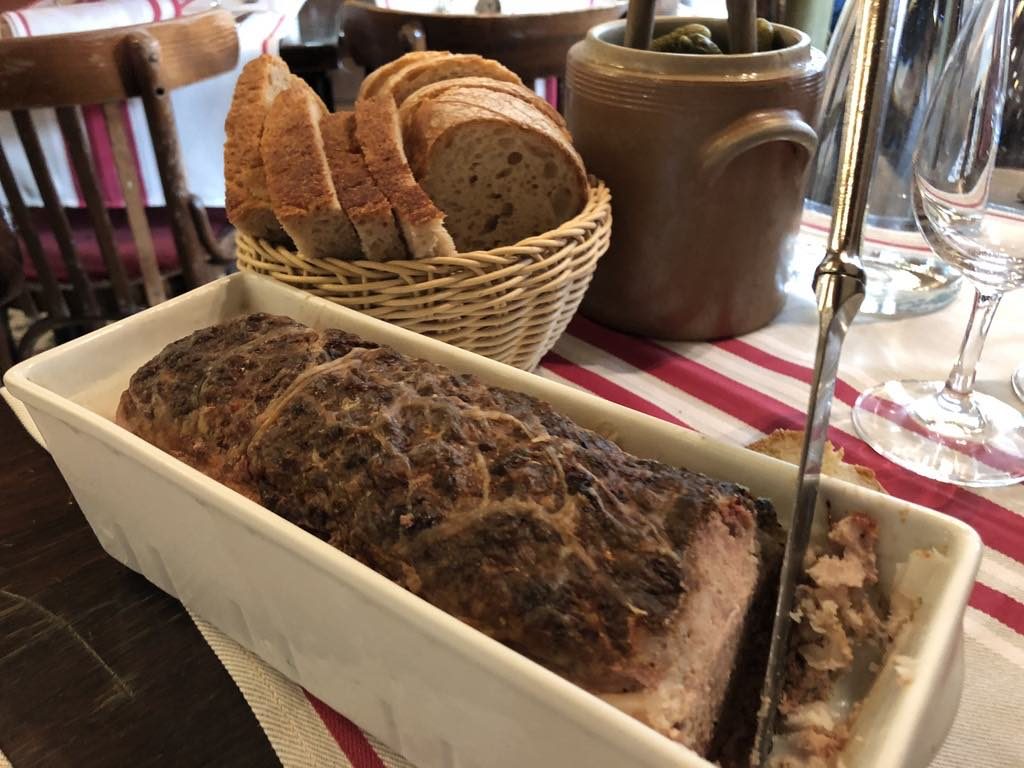 One benefit of this policy for customers is that as soon as they sit down, a big terrine of pâté is delivered to the table, along with some organic bread. I couldn’t stop eating the delicious pâté, even though I knew it would interfere with my appetite for the rest of the meal. Even the fat tastes so good that it can be enjoyed on its own. As in Doucet’s restaurants, however, diners are not given a plate with it, making it rather difficult to eat without spilling all over the table. 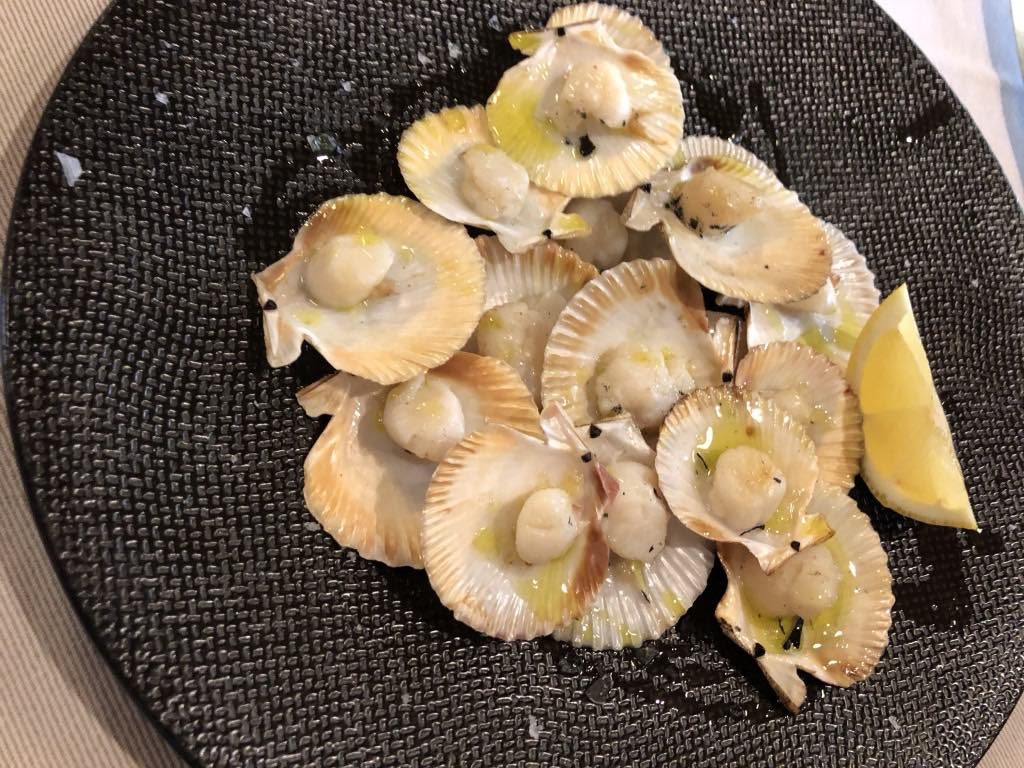 The first courses were encouraging. My two friends had pétoncles (tiny scallops) on the shell, which had a lovely grilled flavor and were cooked just right. 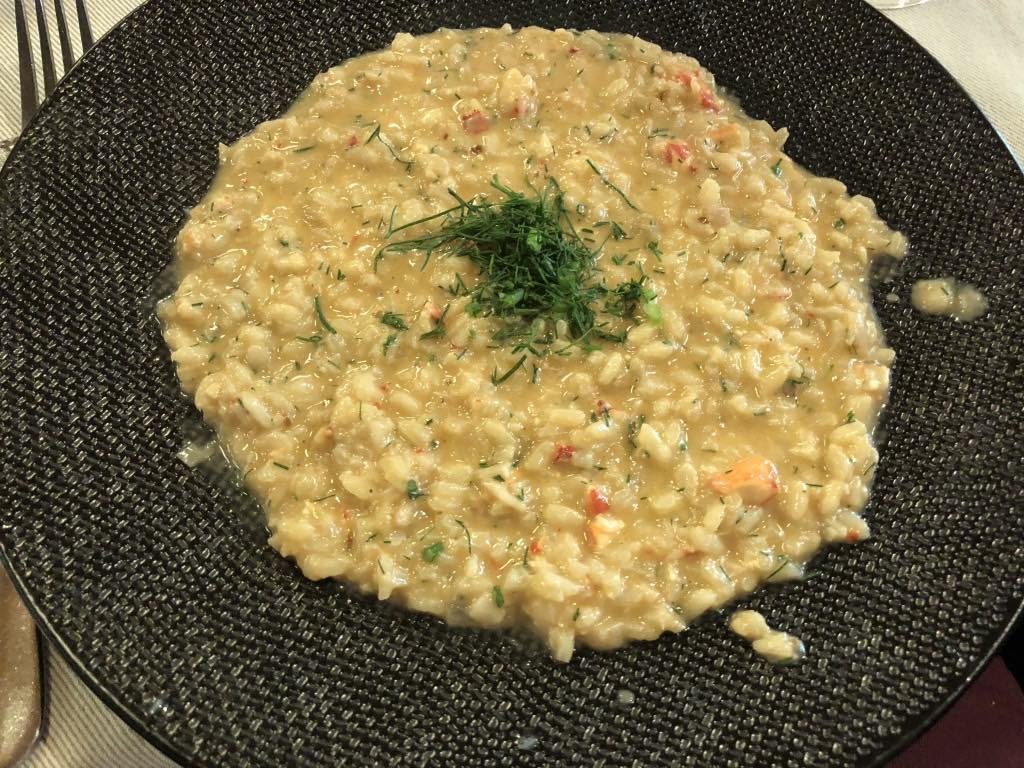 I tried the lobster risotto, which tasted good, but was rather light on the lobster and had mushy rice, a real no-no for risotto. Still, I enjoyed it. 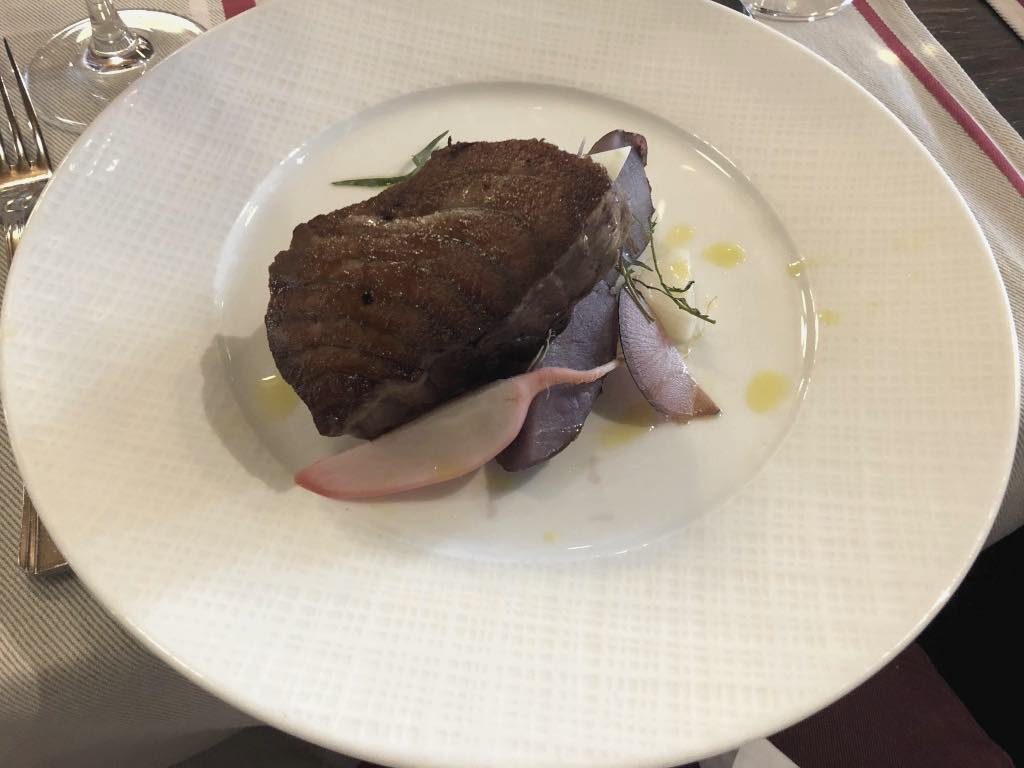 The same was not true for my main course. When we ordered, both the haughty maître d’hôtel and the sweet, friendly waitress had really pushed the fresh tuna they had received that morning, and I went for it even though it is not my favorite fish.

That was a mistake. Although it was not overcooked, my great fear with tuna, it was dry and unseasoned. The boiled potatoes and radishes that came with it had no seasoning at all. Come on, chef, make a slight effort!

The coco de Paimpol white beans served in a little cast-iron pot as a side dish for everyone were similarly bland. 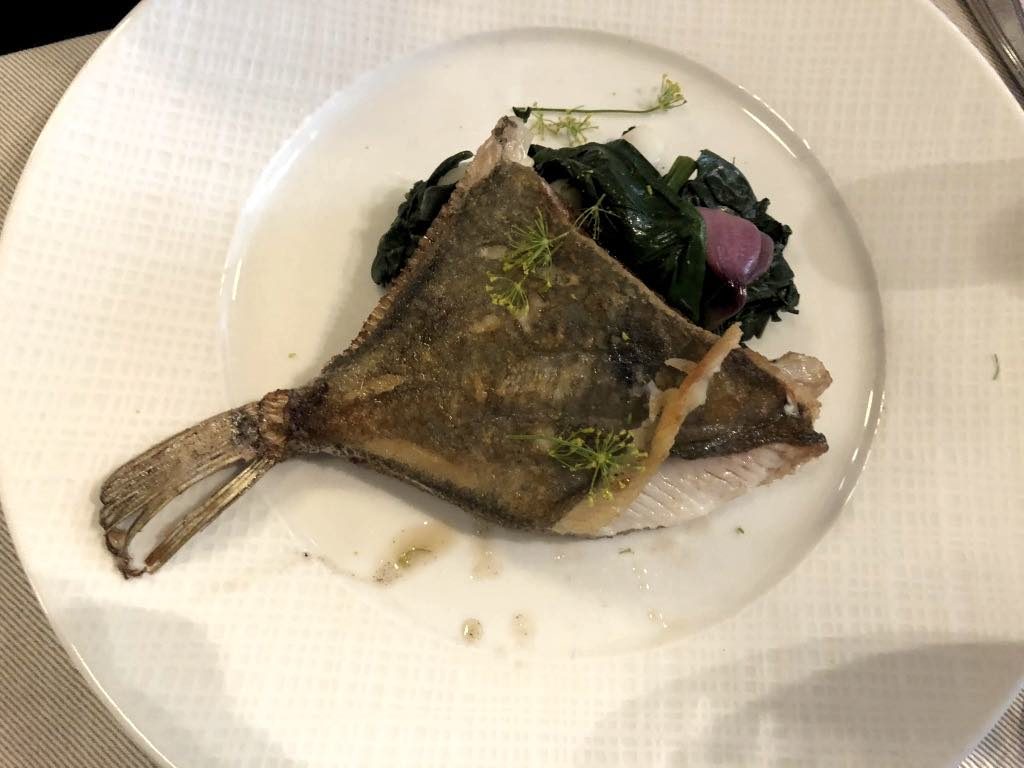 My friend who had the Saint Pierre (John Dory) with spinach was also dismayed by the lack of seasoning and just found it boring. 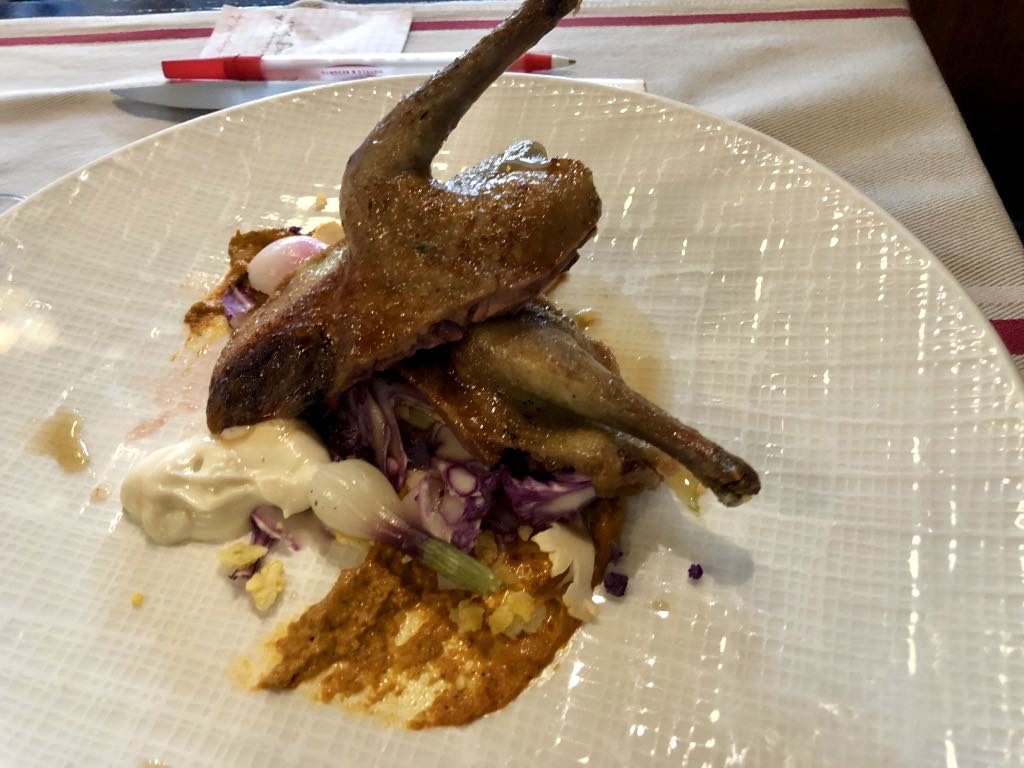 The other friend, who had the pigeon, fared somewhat better, although I thought the serving was quite stingy. 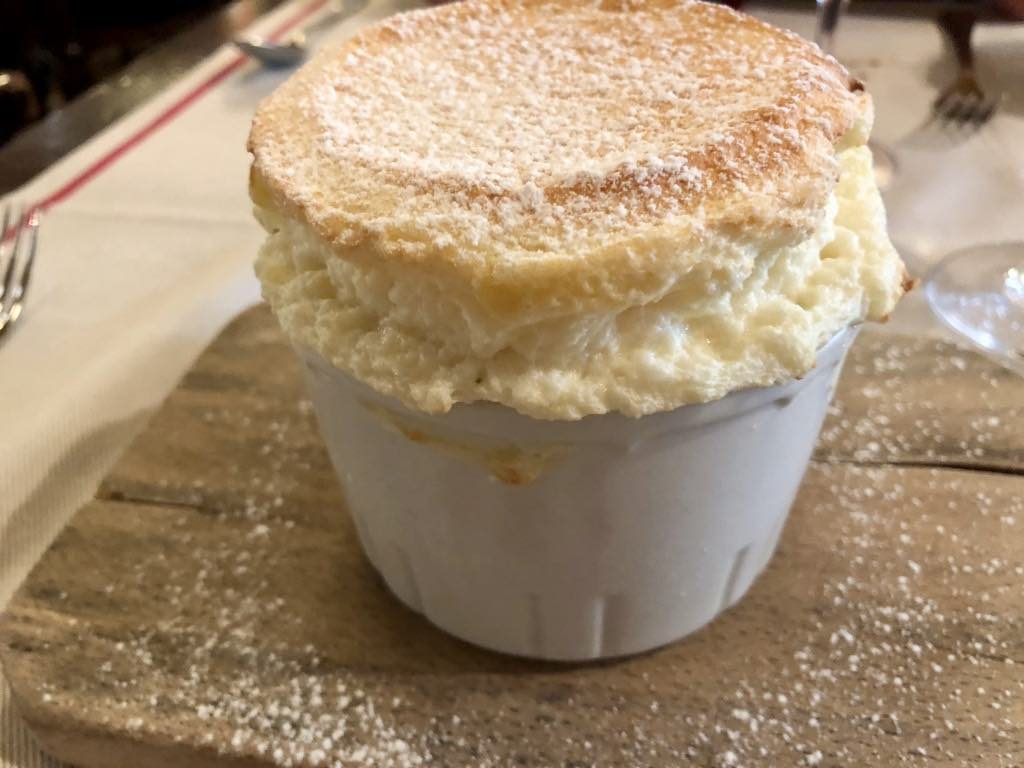 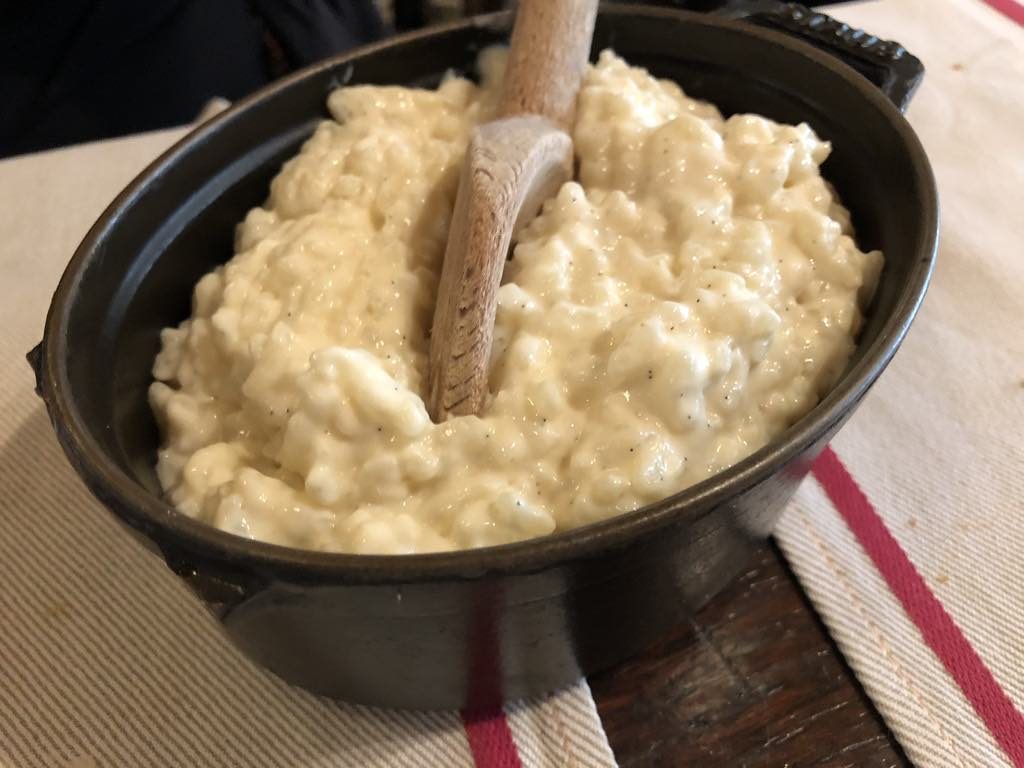 The desserts made up for the disappointing main courses to some extent: I had a perfect Grand Marnier soufflé and one of my friends a truly delicious rice pudding (noted on the menu as “made just as my former chef made it”). Nevertheless, when we stood up to leave, she and I looked at each other and said, almost simultaneously, “I’m not coming back here again.”

After all, why leave home when we are both capable of throwing a piece of fish in a frying pan and boiling potatoes? We even know how to shake some salt on them or pour on a bit of olive oil.

Perhaps Clarke would have been better off injecting some of his own creativity into the menu instead of riding on the restaurant’s fame. It’s a shame, but at least we still have Camdeborde and Doucet’s restaurants to remind us of how it used to be at the original La Régalade.

Open Tuesday-Friday for lunch and dinner; Monday for dinner only. Closed Saturday and Sunday.
Fixed-price menu: €37, with hefty supplements for substitutions from the list of "suggestions."