Life in France: Explaining the Inexplicable

Actually, I’m sure you don’t, because the photo’s too small. Have a look at these closeups of the track signs, in sequence from left to right: 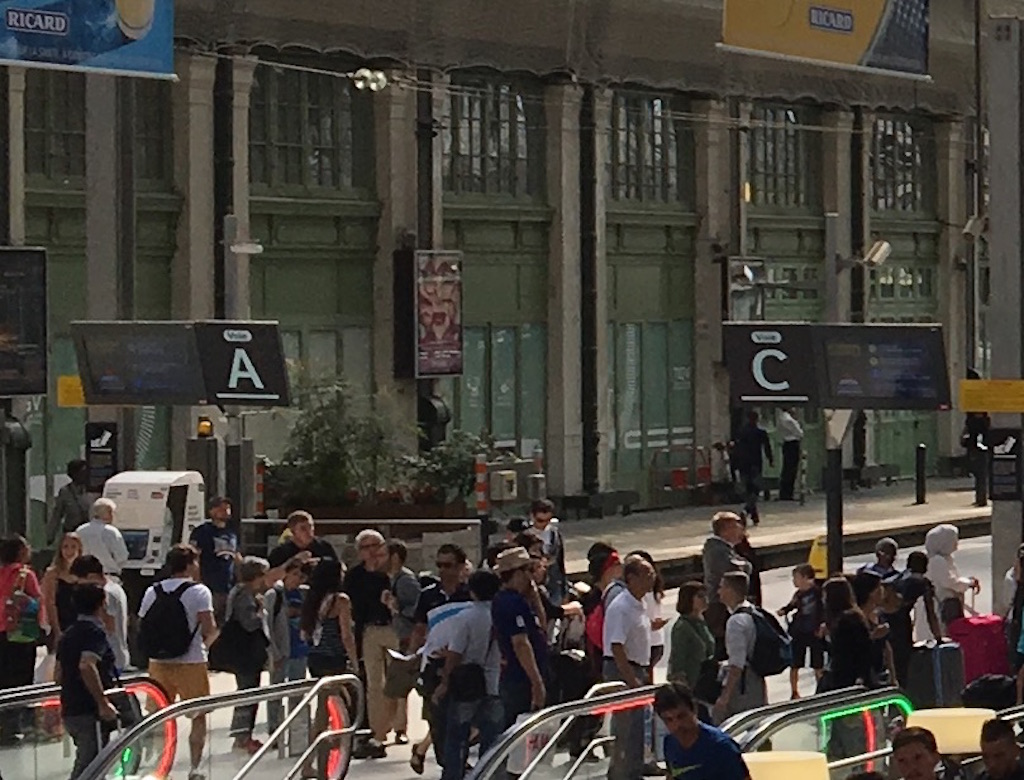 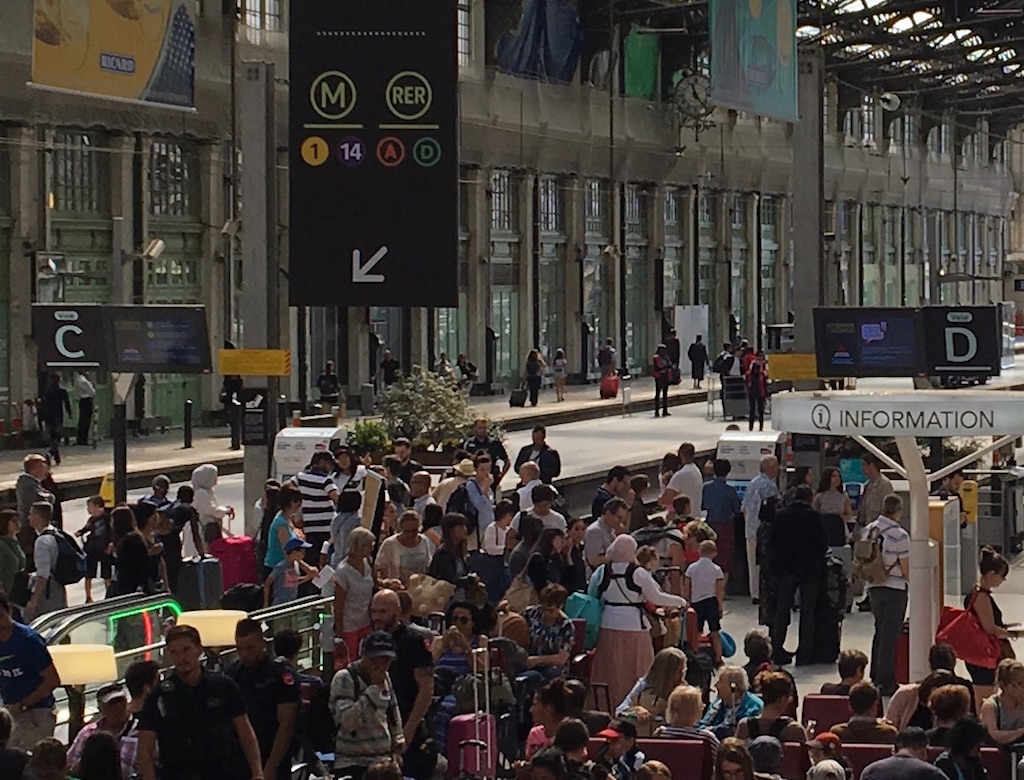 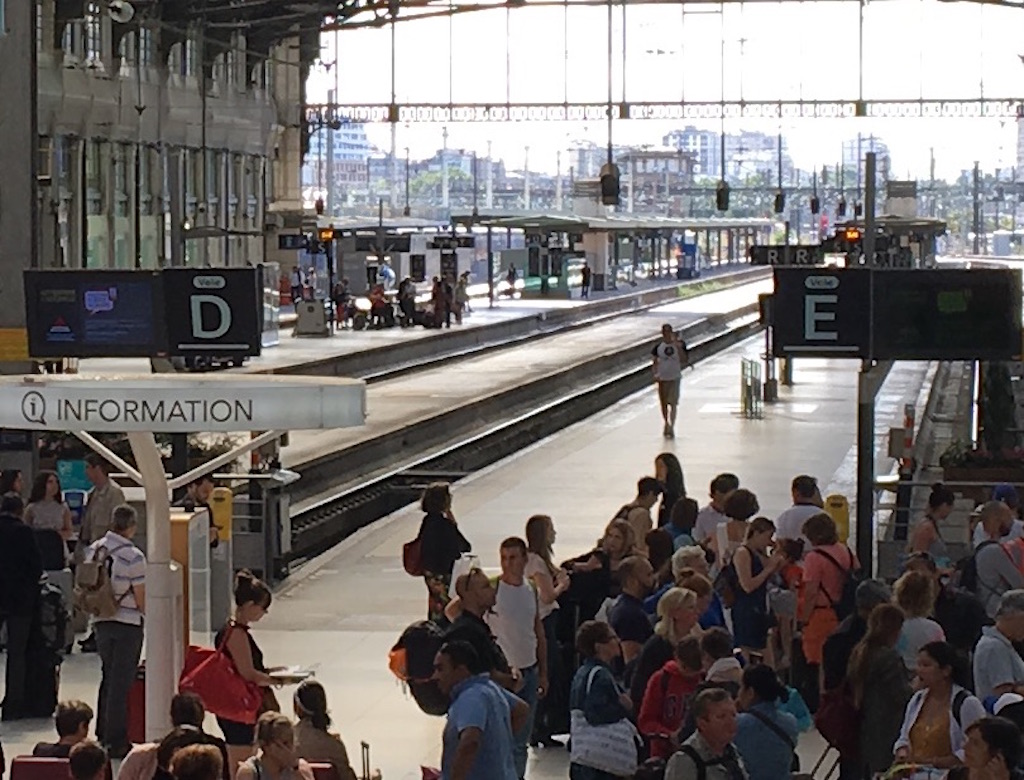 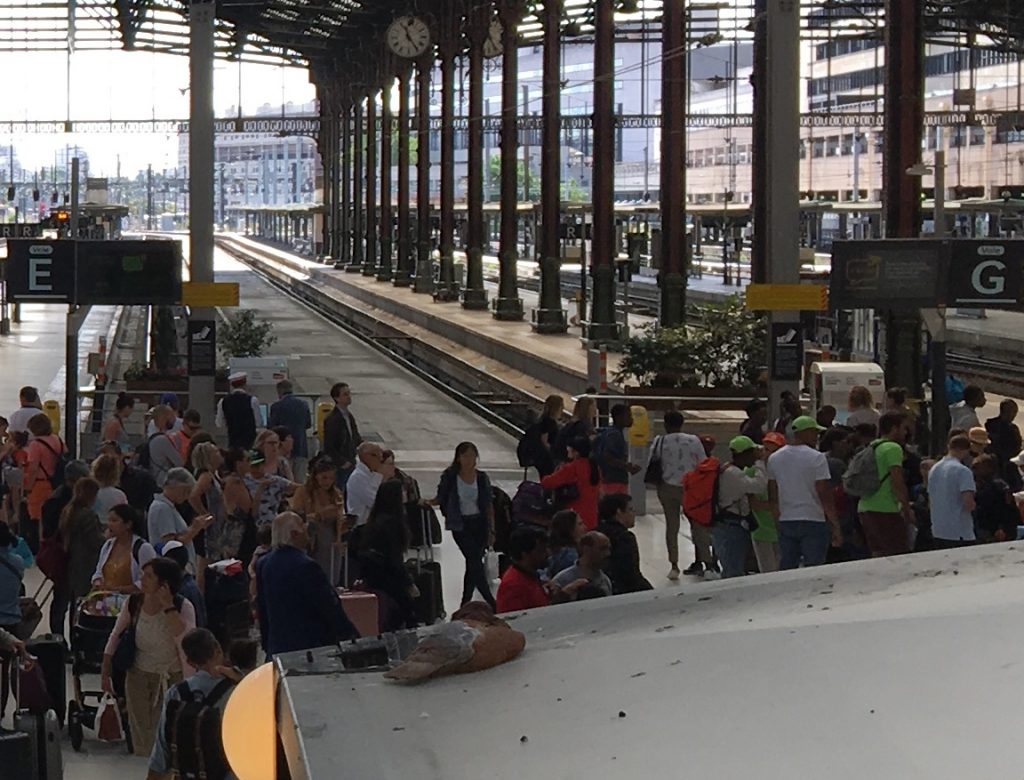 What happened to B and F? I could imagine that they would eliminate B because it might sound too much like “D” in announcements made over the lo-fi PA system – there’s enough pandemonium in there already without people scrambling to change platforms at the last second. But if that’s the motivation, why skip F as well?

Interestingly, on the other side of the space, the subsequent tracks are lettered H through N with no omissions, as you can see (if you have a particularly keen eye) (or imagination) here:

There’s only one possible explanation: somewhere in town, probably in the Catacombs, is a wormhole to another dimension containing all the things that theoretically should exist in Paris but don’t. It’s a long list, including:

• A bicycle delivery courier who would never dream of riding on the sidewalk.

• The enormous, phenomenally well-equipped school for the deaf whose “students” haunt the tourist sites begging for signatures on petitions and donations (as explained in more detail here).

• A hand-written restaurant menu in which every word is legible.

• An entire block unmarred by the leavings of dogs or smokers.

• And, of course, tracks B and F from the Gare de Lyon.

Oh, and should the station ever reletter its platforms in normal, logical alphabetical order, a union that won’t shut down the entire train network with a month-long strike, claiming that the change of working conditions causes unfair hardship for its members.