Operating without a Scalpel 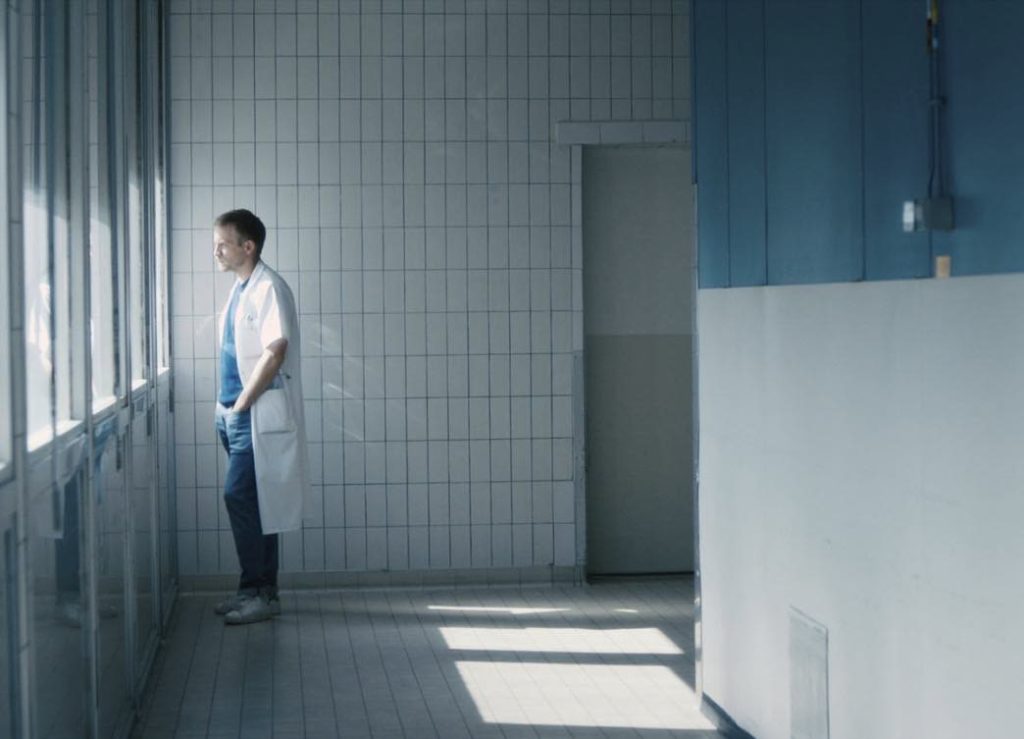 L’Ordre des Médecins (Breath of Life), the first feature film directed by David Roux, takes place almost entirely in the closed world of a French hospital. Simon, played by the handsome and always convincing Jérémie Renier, is a self-assured 37-year-old pulmonologist who knows his way around the corridors.

He has obviously absorbed the cost-cutting policies of French social security (“social security” here refers to national health insurance, not retirement). In an early scene, we see him arguing against an expensive scan for a patient whose days are numbered, saying that it’s a waste of money. And he is quick to warn his younger colleagues that they must avoid personal involvement with their patients at all costs.

Both his certainties and his self-assurance begin to crumble, however, when his own mother (Marthe Keller) is admitted to the hospital with her final illness. Her arrival brings his whole family and its problems into the hospital, disturbing Simon’s carefully constructed world.

We don’t learn much about his parents’ backstory, but they seem to be a loving and normal couple. Simon’s sister Julia (Maud Wyler), who has two small children, has just decided to divorce her absent-while-present husband, but seems quite sure and positive about it.

It is Simon, so seemingly stoic, who cracks up under the pressure of the impending death of his mother. He abruptly informs his boss that he is taking a vacation, but he doesn’t leave the hospital. He spends a lot of time smoking pot in the sub-basement with his crass buddy Fred (Fred Epaud), parties hard with his colleagues (at one wild fête, the medical staff really lets loose, with numerous stripteases; apparently, this is a tradition in France), and just hangs out in the hospital.

His professional ethics also break down under the pressure of personal interest. He tries to convince the hospital’s arrogant surgeon to operate on his mother even though the surgeon knows it is futile. In a moment of desperation, Simon drags his mother out of bed and wheels her down to the lab to insist that they give her a scan, which we all know to be just as unnecessary as the one he refused to the other patient at the beginning of the film.

One aspect of the movie is not entirely realistic: I can’t imagine a hospital where the doctors spend so little time working as they do in this film: they seem to always be smoking dope, reading golf magazines, having sex in broom closets (is this a required cliché in every film or TV show set in a hospital?), celebrating birthdays with champagne, etc.

There is no real psychodrama here in this quiet, realistic movie, which handles even death without histrionics. It’s a small film about ordinary people leading fairly ordinary lives, dealing with the dolorous events life hands out as best they can. Maybe they are too ordinary: something is missing here that would take L’Ordre des Médecins to the next level and make it truly affecting. Unlike a surgeon’s scalpel, the film never really gets under the characters’ skin.