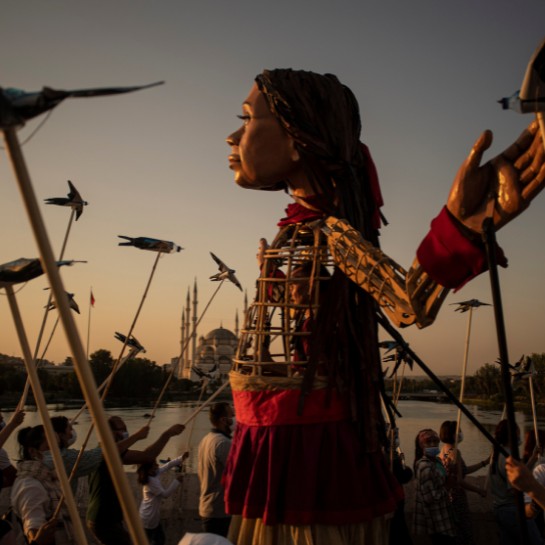 Events for Little Amal’s Walk hit Paris this week – the giant puppet of a refugee girl is recreating the refugee route from Gaziantep to Manchester to raise awareness of the refugee experience in Europe. Above: Little Amal travels through Turkey. Photo: The Walk.

Celebrated Irish writer Brian Dillon will be in conversation at the Centre Culturel Irlandais in Paris.

Music and dance from around the globe are on display for Ville des Musiques du Monde.

The Journées Nationales de l’Architecture aims to bring French people closer to their country’s finest contemporary architecture. The 2021 theme is “living together”.