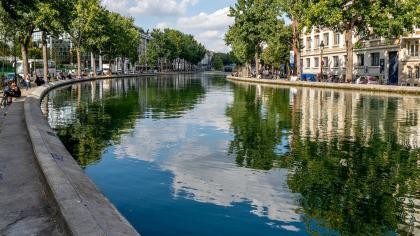 Guided walks, exhibitions, open gardens and more will take place across the country for Fête de la Nature. Above: Events in the capital include a guided tour of Paris’s canals.

Un Dimanche au Cinéma: For one night only, the 2018 version of A Star is Born will be projected onto the Arc de Triomphe for the pleasure of all

The Journées Alptis de la Marche Nordique encourages people to try out Nordic walking, an easy and healthy exercise anyone can do in their community.

Galleries from across Europe present fine etchings, engravings and lithographs to celebrate the art of printmaking at the first Paris Print Fair.