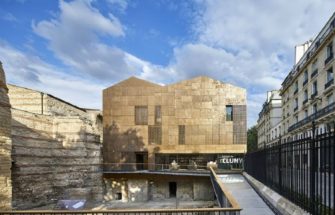 The Department for Culture’s Journées Nationales de l’Architecture aims to bring French people closer to their country’s finest contemporary architecture. Above: Paris’s Musée de Cluny in the 5th arrondissement will feature in the line-up.

La Semaine du Goût returns for a week of events for young people on the value of food, from the heritage meals can carry to the importance of a balanced diet.