Artists and teachers host workshops and drawing classes in one of Europe’s finest art schools for La Journée du Dessin.

Over 30 events explore Paris through the eyes of the iconic French author in Le Paris Retrouvé de Marcel Proust.

Paintings by French artist Valerie Boyce Spurrier, who sees the cosmic side of landscapes, on show in “En Revenant des Fjords de l’Ouest.” 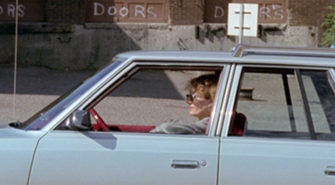 Cinéma du Réel presents a diverse range of films and includes two competitions. Above: a shot from Babette Mangolte’s Calamity Jane & Delphine Seyrig, A Story, which will be screened at Forum des images as part of the festival. Image: Forum des images.

The work of prolific filmmaker Jean-Daniel Pollet is celebrated in an expansive retrospective.

THIS EVENT HAS BEEN CANCELED