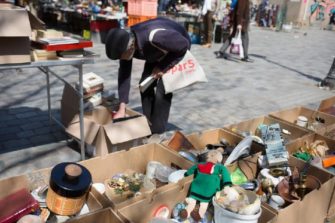 Find vintage items at various brocantes across the arrondissements.

Drive-ins are out – this Saturday, Paris Plages presents Le Cinéma sur l’Eau. Spectators can watch Gilles Lellouche’s 2018 film Le Grand Bain from the comfort of a boat on the Seine. Reserve online to avoid missing out. Deck chairs are also available.