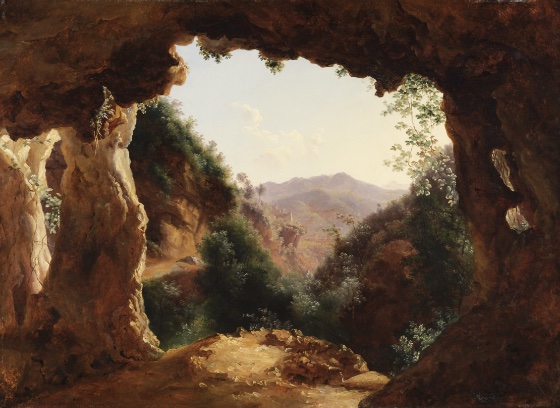 Only a few weeks left to see “Sur le Motif,” a wonderful exhibition of 18th- and 19th-century open-air paintings, accompanied by an inspiring show of the work of contemporary printmaker Charles Donker. Above: “Grotte dans un paysage rocheux,” by Louise-Joséphine Sarazin de Belmont.

Women behind the movie camera

The theme of the Festival International du Film de Femmes de Créteil, whose guest of honor this year is director Claire Simon, is À Nos Amours (To Our Lovers).

A range of events at the Irish Cultural Centre celebrates Ireland’s patron saint.

Films from across the globe, selected by Paris’s cultural institutes, are on show during the Festival du Cinéma du Monde.

Live concerts all over the town of Beauvais, many of them free, for the 27th Festival Blues Autour de Zinc.

Calling lovers of the great outdoors

The Salon Destinations Nature is a three-day fair showcasing outdoor adventure destinations around the world.

Works by Matisse, de Kooning and other art world luminaries are on show in the exhibtion “Le Bonheur de Vivre” at this new Paris gallery.

The latest edition of Toute la Mémoire du Monde brings to light the work of archivists, studios and laboratories to preserve film footage from the past.

A retrospective of the renowned director’s œuvre.

Help save the environment by recycling stuff at the Giant Free Troc Party swap event. Online registration (required) opens on March 31 at noon.