An exhibition of photographer Jason Gardner’s colorful images of carnival celebrations around the world.

Free concert in the Marais

German filmmaker Wim Wenders will present E(motion), a montage combining elements from his entire œuvre, projected on the interior structure of the nave of the Grand Palais. 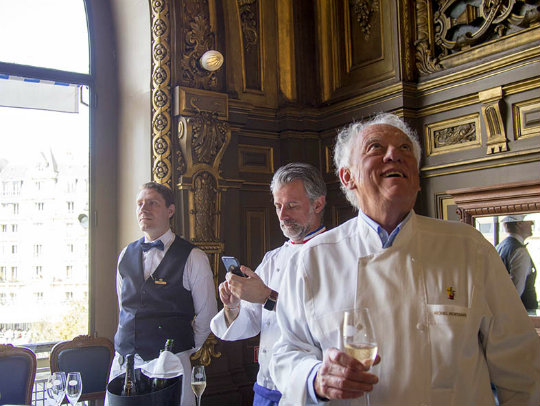 Le Train Bleu welcomes renowned Lyon chef Mathieu Viannay (above) to take charge of the menu during the month of April.