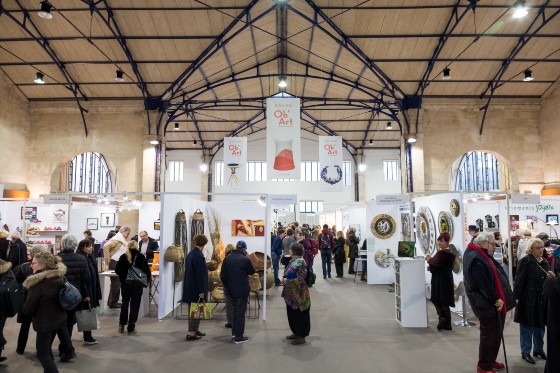 Artists and artisans sell their handmade objects at the Salon Ob’Art. Above: © PhotoProEvent.

The exhibition “In a Paris Moment” features photographs of Paris in winter by American photographer Meredith Mullins.