Special sale of original and reasonably priced holiday gifts, starting at €5, created by a group of Paris artists associated with the Cinémorphe immersive theater collective.

Enjoy a festive skate beneath the canopy at Forum Les Halles, in full view of their Christmas lights. 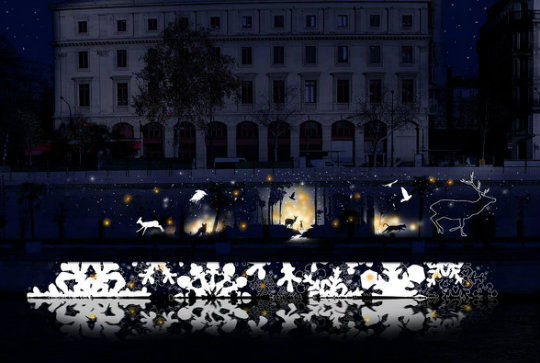 The banks of the Seine will be lit up by fairytale-themed projections each evening at Rives de Seine La Nuit.

A retrospective celebrates the career of Egyptian filmmaker Youssef Chahine.