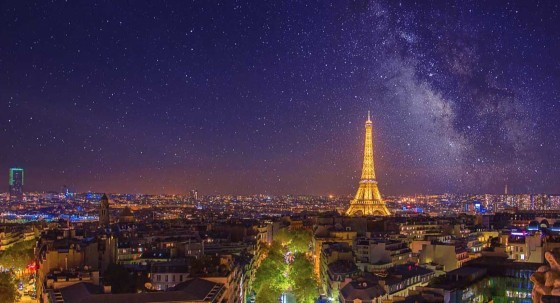 Experts with the Astronomy Association of Paris freely offer their skill and kit to show us the stars for Paris Sous les Étoiles. Above: Paris beneath the stars, © Ingus Kruklitis.