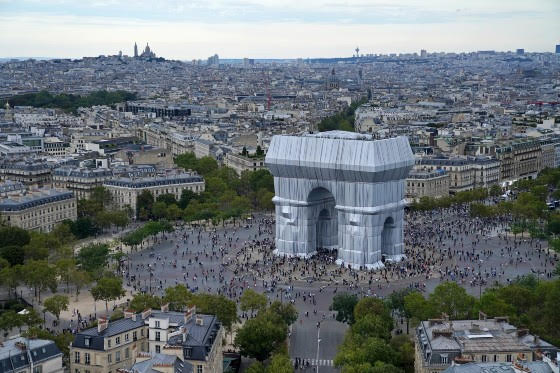 “Arc de Triomphe, Wrapped,” by the late Christo and Jeanne-Claude, is finally a reality. Don’t miss it! The Place de l’Étoile will be pedestrianized during the coming two weekends so the public can get a close-up view.

Eleven recent films chosen by the famed revue Cahiers du Cinéma will be screened and commented on by the journal’s editorial team during Le Cinéma comme Il Va #2.