On the Journée sans Voiture, all motor traffic will be banned in Paris, with the exception of buses, taxis and emergency vehicles, from 11am to 6pm.

Many different performances, from improv to music recitals, will be represented at Le Rond-Point dans le Jardin, all while social distancing. Reservation required.

Festival Extra! promises to introduce you to literature going “beyond the page”: from musical literature to physical performance. 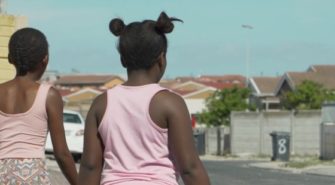 Films inspired by surfing and skateboarding are screened at the unique Paris Surf and Skateboard Film Festival. Above: One of the short films to be screened, Jessie Ayles’ Waves, follows a group of South African girls who surf to escape the violence of their neighborhood.

A variety of sites will stay open late (and the Métro will run all night) for special exhibitions and events duing the annual Nuit Blanche festivities.