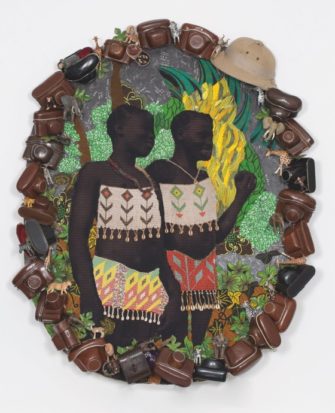 Also Known As Africa, France’s only design fair devoted to African style returns for its fourth edition. Above: art by German artist Marion Boehm will be on display.

The Pitchfork Music Festival features such acts as Skepta and Mura Masa.

The Great Stone Face is celebrated in What a Buster… Keaton!, a retrospective of his key works.

Stars of comic books and their adaptations including Karen Gillan (Doctor Who, Jumanji, Avengers: Endgame) will be attendance for Paris Comic-Con.