Fun on the canal

At Canal on Scène, activities for kids and teens during the afternoon, and dancing and a “pyrotechnic spectacle” for everyone in the evening.

LGBT in the streets. The parade starts at 2pm on Place du 18 Juin 1940, Montparnasse, and ends on Place de la République, where a concert will be held until 10 pm. 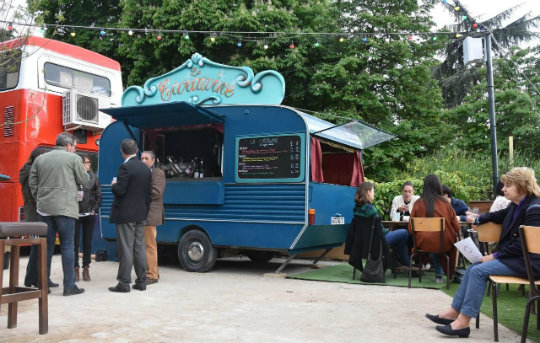 Take a holiday without ever leaving Paris as bands play music from across the world at Poisson Lune. Above: one of many novelty food vendors found at this unique spot.

From the Manifeste website: “Learn and unlearn, code and decode the world; four verbs that define a festival.” If that grabs you, this festival is for you.

Talented violinist Yuro Kuroda performs in the Marais at 12:30. No reservation necessary.