Book now for Paris Face Cachée to visit places that are normally closed to the public. 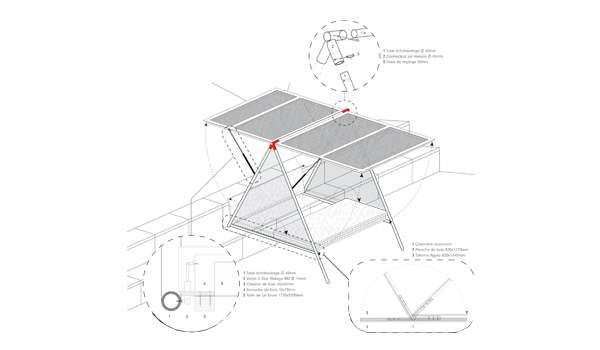 For Construire comme Perriand, three young architects created “modules for living” in response to the work of designer Charlotte Perriand. An evening event will take place on February 7. Above: “Symbiote,” a mobile, foldout living unit designed to be set up around a tree.