The Foire du Trône in the Bois de Vincennes will put on a free fireworks display at 10:30 pm.

The iconic Hôtel Louisiane in Saint-Germain-des-Prés plays host to a unique exhibition of contemporary artists’ work on Paris in the 60s and 70s.

We Love Green, an outdoor festival with concerts by Tame Impala, Christine and the Queens and many more.

Objectif Photo returns for the second year running, exhibiting photos taken by nearly 800 elementary schoolchildren on the theme of fraternity.

The Convergence Francilienne brings together riders from all over the Ile de France, who converge at Bastille and parade to Invalides for a picnic. See website for routes.

Free performances indoors and out

The Tower Theatre returns to Paris for its 28th season to present The Merry Wives of Windsor.

For Sustainable Development Week, Boulanger asks clients to donate unused items to be repaired and recycled. 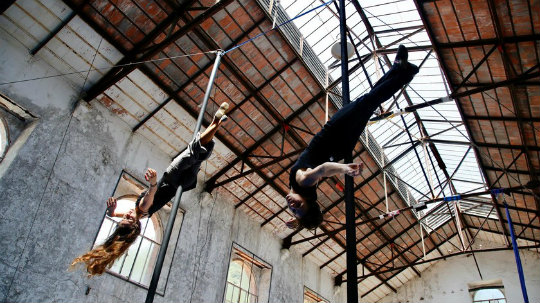 Talented violinists perform at 12:30 each day in the Marais. No reservation necessary.

Lost in Frenchlation presents Le Joli Mai (The Lovely Month of May), directed by Chris Marker and Pierre Lhomme.