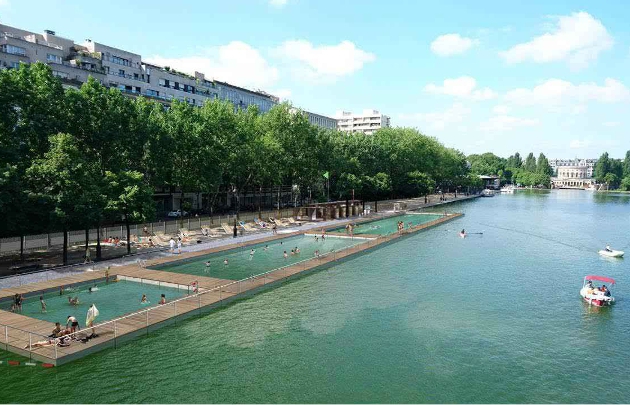 For the summer months, the banks of the river and canals are transformed into miniature beaches for Paris Plages. Above: swimming pools in the Bassin de La Villette.

If Trees Could Talk is a music festival with an environmental twist and a focus on wellbeing.

Fans of classic games as well as creators of modern ones come together for Paris est Ludique!