“Arc de Triomphe, Wrapped,” by the late Christo and Jeanne-Claude, is finally a reality. Don’t miss it! The Place de l’Étoile will be pedestrianized during the coming two weekends so the public can get a close-up view.

Wine tastings, pony rides and farm animals: fun for all the family at Argenteuil Harvest Festival. 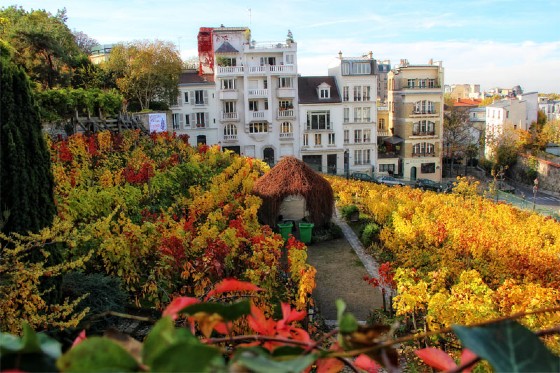 Montmartre goes all out to celebrate the Fête des Vendanges, with a parade, exhibitions, workshops, concerts, special menus in restaurants, wine tastings, a ball and more. Above: the Clos de Montmartre vineyard. Photo: The Good Life France.

Screenings covering the best in photojournalism from the past year will be shown at La Villette for Visa Pour l’Image.

Suresnes celebrates its wine harvest with a range of family fun during the Fête de la Vigne.

Paris through a writer’s eyes

The Pavilion de l’Arsenal presents a premier of five new episodes of Le Grand Paris des Écrivains, in which writers discuss a place in Paris which is significant to them.