Profits from the Solidart art fair will go to Secours Populaire to fund holidays for families living in poverty. 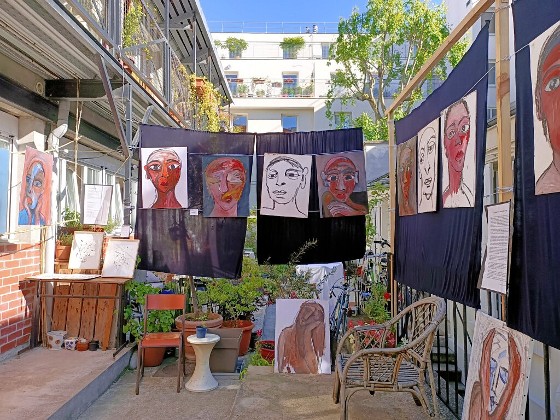 Some 115 artists open their studios to the public for Portes Ouvertes des Ateliers d’Artistes de Belleville, an occasion to discover not only artworks but also hidden gardens and courtyards in Belleville. Above: participating studio Atelier de Marie Fanget. Photo: Loïs Pommier.

Paris’s best chefs offer bitesized samples of their fare for Taste of Paris 2022.

The festival Rencontres Internationales Paris/Berlin celebrates the latest developments in moving images, with a wide range of films and events, live and online, all of them free.

Opera houses across France open their doors to visitors and put on performances and workshops for Tous à l’Opéra!