Sculptors who also painted and painters who also sculpted are featured by 40 galleries at Fine Arts Paris.

Photography of the 10th arrondissement 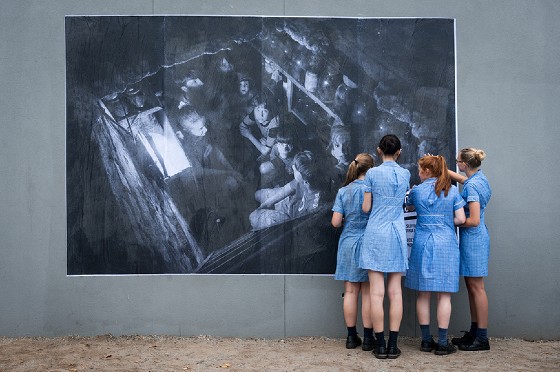 Les Rencontres Photographiques feature photographs of the 10th arrondissement through the years, including an exhibition in the street. Above: work from photojournalism group Dysturb’s series ‘Women Matter’ will be exhibited around the arrondissement.

Jazz musicians from around the world come together for the month long Jazzycolors Festival.

The Forum des images asks ‘Where does evil come from?’ in a retrospective of films by renowned horror author Stephen King.

Lost In Frenchlation presents a premiere screening of Les Éblouis (The Dazzled), directed by Sarah Suco, followed by a Q&A with the director.