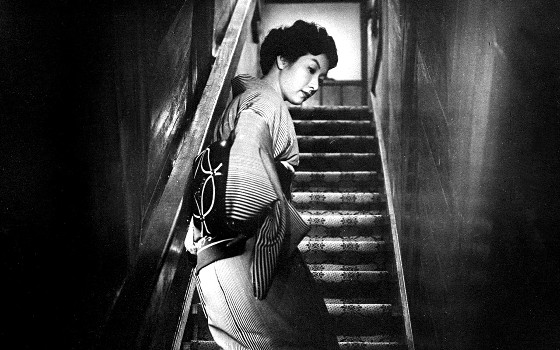 A celebration of Japanese director Mikio Naruse, including some films which have up to now been unreleased in France. Above: When a Woman Ascends the Stairs (1980), one of the films being screened.

The Big Mamma chain of excellent pizzerias is hosting a street-food festival, Le Big Fest, featuring a dozen chefs cooking up specialties from around the world

For the Grande Cueillette de la Culture, the Buren columns in the Palais Royal will be surrounded by 3,000 balloons, each containing a gift of a ticket to a museum, performance, etc., yours for the taking if you get there early enough. Starts at 2:30pm.