Note to readers: Paris currently has an 11 pm curfew. Shops, restaurants, cafés and bars are open, as are art galleries, museums, cinemas and theaters. Book in advance, since numbers are restricted. See below for both online and live events.

More than 100 performers will dance at the Happening Tempête to celebrate the opening of the Grand Palais Éphémère, a temporary structure that will stand in for the Grand Palais while it is being restored.

For Paris’s first such festival, Palais Augmenté, artists have been invited to explore the limits of reality in the just-opened temporary Grand Palais.

The 71st edition of Jeune Creation’s Festival d’Art Contemporain will showcase some of today’s up-and-coming artists. 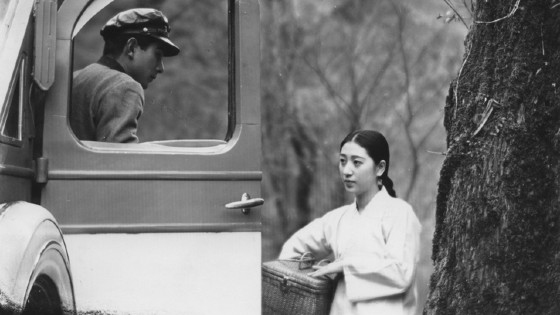 The largest-ever retrospective outside Japan on the celebrated Japanese filmmaker. Above: Shimizu’s 1936 film有りがたうさん (Mr. Thank You), depicting Depression-era Japanese society, will be one of the films screened.

Free performances indoors and out

Over 200 street artists from France and overseas exhibit at Paris’s Urban Art Fair 2021.

The life and work of French politician Simone Veil is explored in a new exhibition, Nous Vous Aimons, Madame.

Art in the streets

For the 20th edition of Parcours Saint-Germain, the festival takes to the streets. Contemporary art will be exhibited throughout the quartier of Saint-Germain, in the streets, on the walls and in the galleries.

Lost in Frenchlation presents a premier of Un Triomphe (The Big Hit), directed by Emmanuel Courcol,