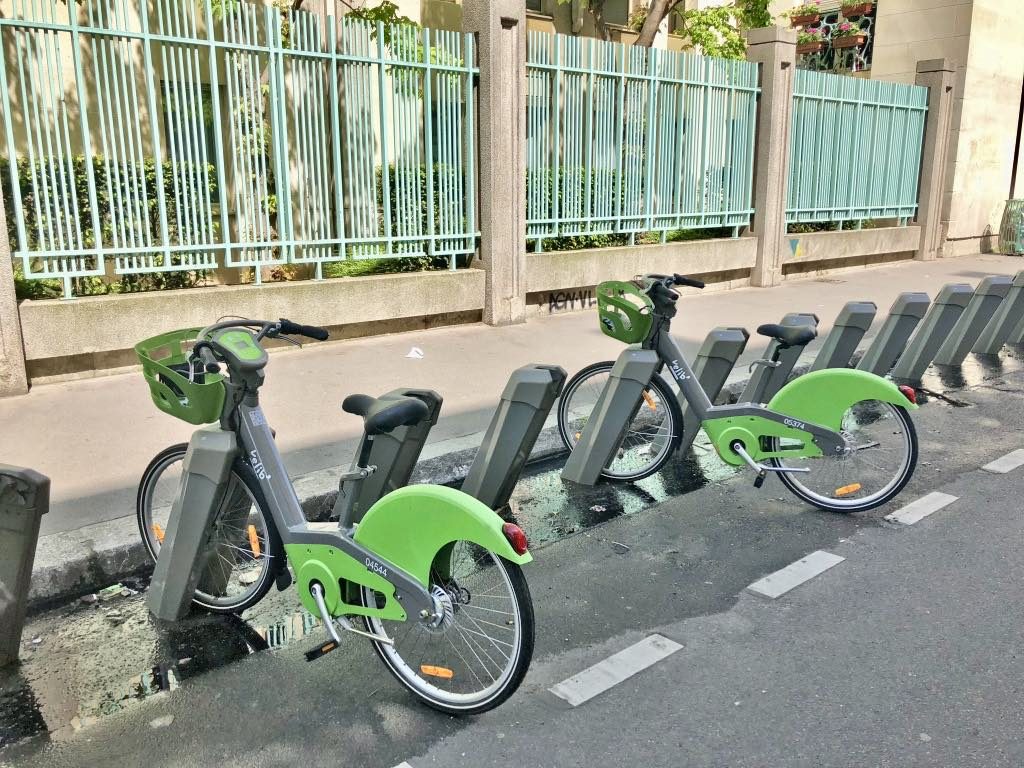 I am no fan of the company JCDecaux, which has littered Paris with advertising panels, but the city of Paris seems to have made a bad decision when it replaced Decaux’s subsidiary Cyclocity as the concessionaire for the Vélib’ bike-sharing scheme, now called Vélib’ Métropole, with a company called Smovengo. The result has been a debacle.

It took a while to get the original system up and running, but Cyclocity had finally gotten it working pretty smoothly. After Smovengo won the contract in May 2017, all the old stations had to be torn up and replaced with the new system and its green and blue (electric) bikes. It was supposed to be operational by January 1, 2018. Now, in May 2018, some stations still aren’t finished and many of those that have been installed are unusable because they haven’t been “electrified.”

I have had a yearly subscription to Vélib’ since nearly the beginning, in 2007, and watched it improve over the years. Since I received my new card from Smovengo (which I had jump through hoops to obtain after being accustomed to having it renewed automatically every year in the past), I have tried many times to check out a bike at the stations that seem to be operational. No luck. I have never managed to ride one of the new green bikes.

The city of Paris has already forced Smovengo to reimburse long-term subscribers for the months of January, February and March, and now the city council has voted to extend the reimbursement period through May and perhaps June if the situation doesn’t improve. To add to the company’s troubles, some employees are currently on strike.

Smovengo’s “emergency plan” is to have 800 stations ready by the end of June, with 80 percent of them electrified. The company also seems to have a charm offensive underway. On Sunday, I was taking pictures of the bikes at a station in my neighborhood when a nice young man with a clipboard, an employee of the company who had been posted there for the day, came up to explain to me that a bike could not be checked out because the station was not yet electrified. He showed me how to check on the Web site to find out which stations were usable.