Where to See the Best Christmas Lights in Paris

‘Tis the season for Paris to live up to its reputation as the City of Lights. From the delicate, artistic display in Bercy Village to the tackier lights of the Jardin des Tuileries Christmas markets, festive illuminations are everywhere as the holidays approach. Here are the best spots for catching some of the city’s finest displays. 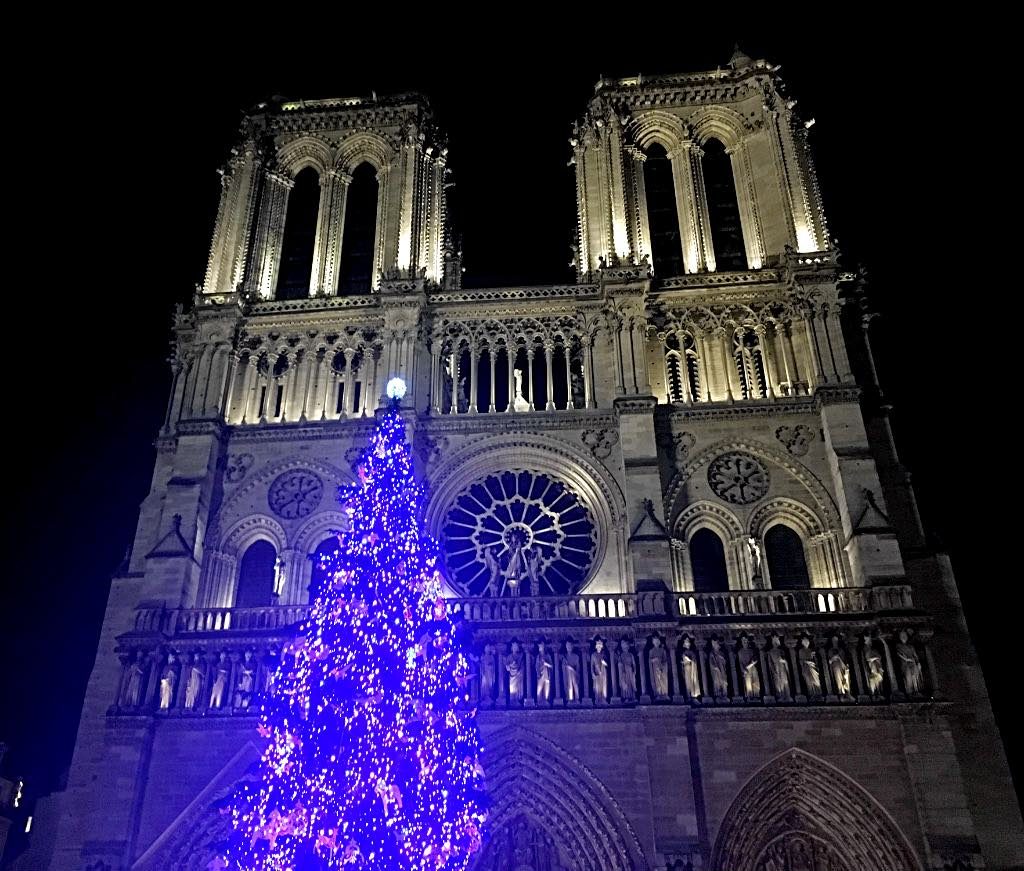 The Christmas tree at Notre-Dame is an iconic image of Paris at Christmastime, and certainly adds something to the already-dramatic appearance of the cathedral at night.

Just around the corner from Notre-Dame is an off-the-beaten-track display of Christmas decorations, the facade of a small but popular restaurant in the fourth arrondissement. Tastefully decked out with many decorations, from snowflakes to a Nativity scene, it’s a good change from Paris’s better-known Christmas lights.

One of the most renowned spots for Christmas lights in the French capital, Place Vendôme has a display that makes for a chic photo opportunity. Think Paris at its fanciest, with natural white lights adorning perfectly matching trees between the Dior and Louis Vuitton stores. The streets on either side of the square have similarly elegant displays.

The popular Champs-Elysées Christmas market was relocated to the Tuileries this year, but the well-known Christmas-light display remains. The trees along the avenue are bedecked with red lights, and a shooting star theme stretches all the way from Place de la Concorde to the Arc de Triomphe.

Just around the corner from the Champs-Élysées, the Avenue Montaigne, lined with luxury hotels and boutiques, is transformed into a fairyland by lights that are even more beautiful than those of its famous neighbor. The trees on either side of the street are lit with twinkling white lights, and with the Eiffel Tower in the background, they sum up exactly why Paris is called the City of Lights.

Although not strictly a Christmas event, the Natural History Museum’s zoology-themed Espèces en Voie d’Illumination display is well-worth seeing. It celebrates wildlife past and present with luminous models crafted from nothing but cloth, wire and light. (Admission: €14 online or €15 at the door.)

Animals also provided the theme for the light show at this shopping village in a series of small stone buildings, formerly wine storehouses, in the south of Paris. This year, French-Australian artist Laurent Sanguinetti has designed an enchanted forest of populated with mysterious animals formed from white lights.

Window displays in the department stores on Paris’s Boulevard Haussmann are a Christmas must for both adults and children every year. For 2018, the windows seem even more commercial than usual, but kids are still catered to with Disney-like animated displays. Galeries Lafayette has created an advent calendar of expensive items, while Printemps has various windows sponsored by its concessionaires.

You’ll come across many other small-scale displays while wandering around the city’s streets in December. OpenTour also operates an “Illuminations of Paris” coach tour, during which you can see the highlights of Paris’s Christmas lights from an open-top bus.