The Death of French, Three Words at a Time

Has George Takei Opened a Marketing Firm in Paris?

A week ago I posted a photo of a French (I repeat: French) magazine entitled “Oh My Mag.” For those who prize and appreciate the French language, that by itself is offensive enough, but in fact it’s only the tip of the oh-my-iceberg.

For some reason, known only to the supposedly omniscient being whose name normally completes the phrase, Parisians have latched onto the “oh my [random word]” formula like a leech on a lamprey on a remora on a shark on Robert Shaw’s legs.

In Paris, besides the above-depicted beauty care boutique in multiple locations and the aforementioned magazine in kiosks all over town, the effort to defile the purity of French and the coherence of English is aided and abetted by: 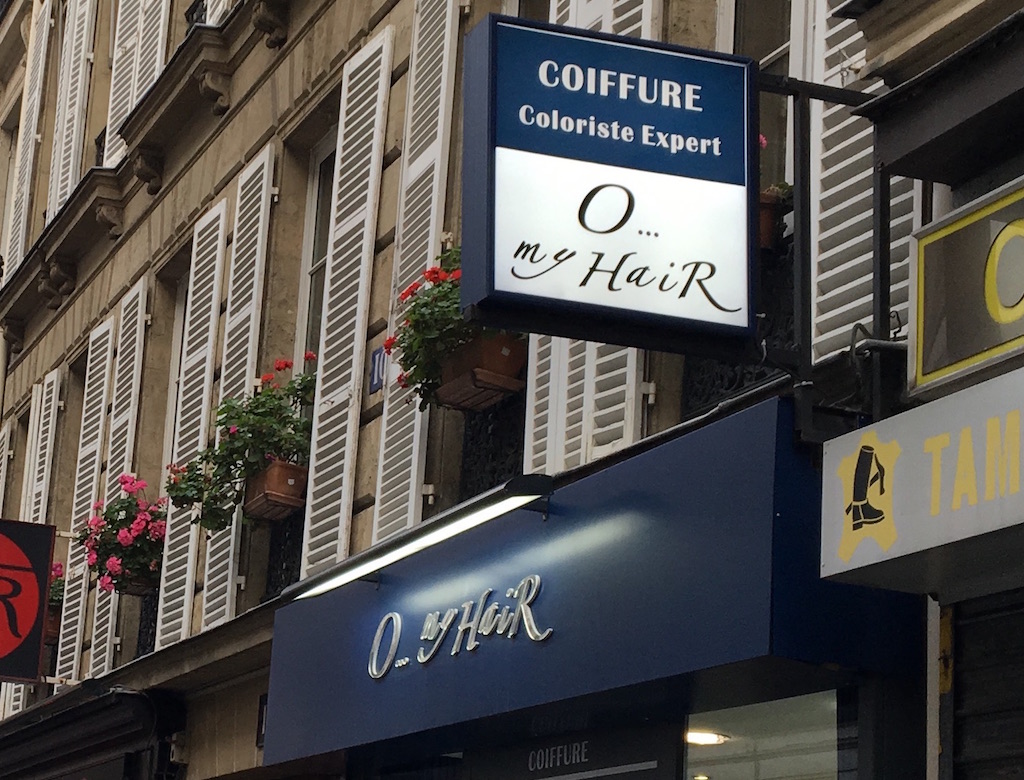 Worse, there’s a beverages brand called Oh My Tea that, in keeping with what must be a legally binding Bad English Practices Charter, makes a special blend called “Before After Sport.”

With all of these ill-chosen trade names resonating in my head, it came as no surprise when I went to my local post office the other day and saw this: 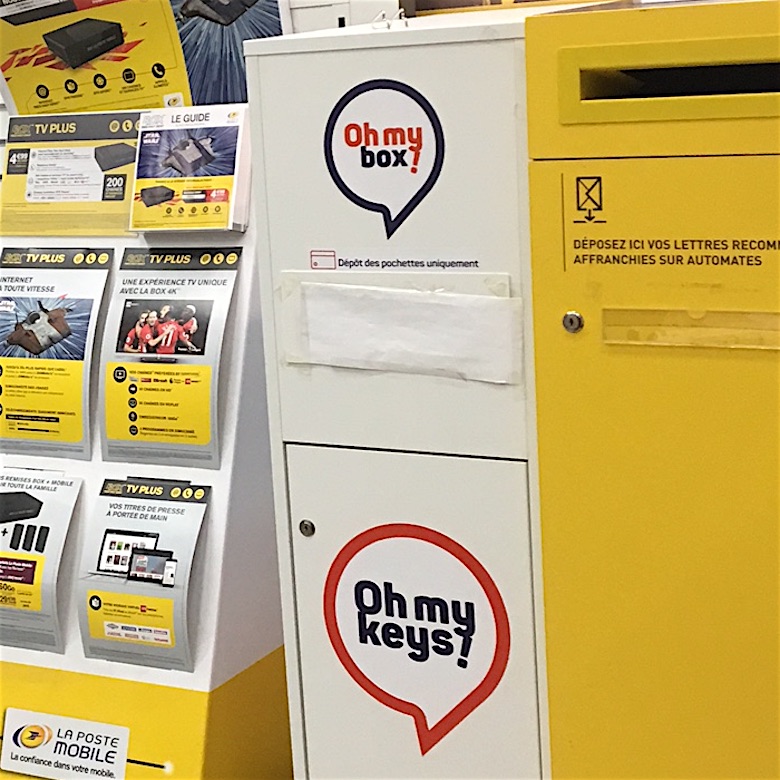 Note to Parisian branding consultants (and post office managers): a pun doesn’t actually work unless it’s, well, a pun. Simply replacing one word with another doesn’t necessarily make a clever phrase. To offer an illustration, here’s a business plan based on variations of the “OMG” locution that actually work:

A savvy French entrepreneur could buy fishing supplies from a store called Oh My Rod, catch enough fish to open a market stand called Oh My Cod (although in Anglophone countries there are already more shops and restaurants with that name than there are cod in the oceans), use the leftover fish bones and scraps to start a mulch company called Oh My Clod, use the mulch to launch a lawn service called Oh My Sod, invest all the money he’ll be earning from his three businesses through a financial management firm called Oh My Wad, and then have enough leisure time to work out for hours every day in a gym called Oh My Bod while listening to music on an mp3 player called Oh My Pod, ultimately getting in such great shape that he’ll be drafted by a soccer team called Oh My Squad.

Then, years later, as an old man looking back at his life, he’ll sigh, “Ah mon dieu!”