Perfection, from the Eel to the Mille(feuille) 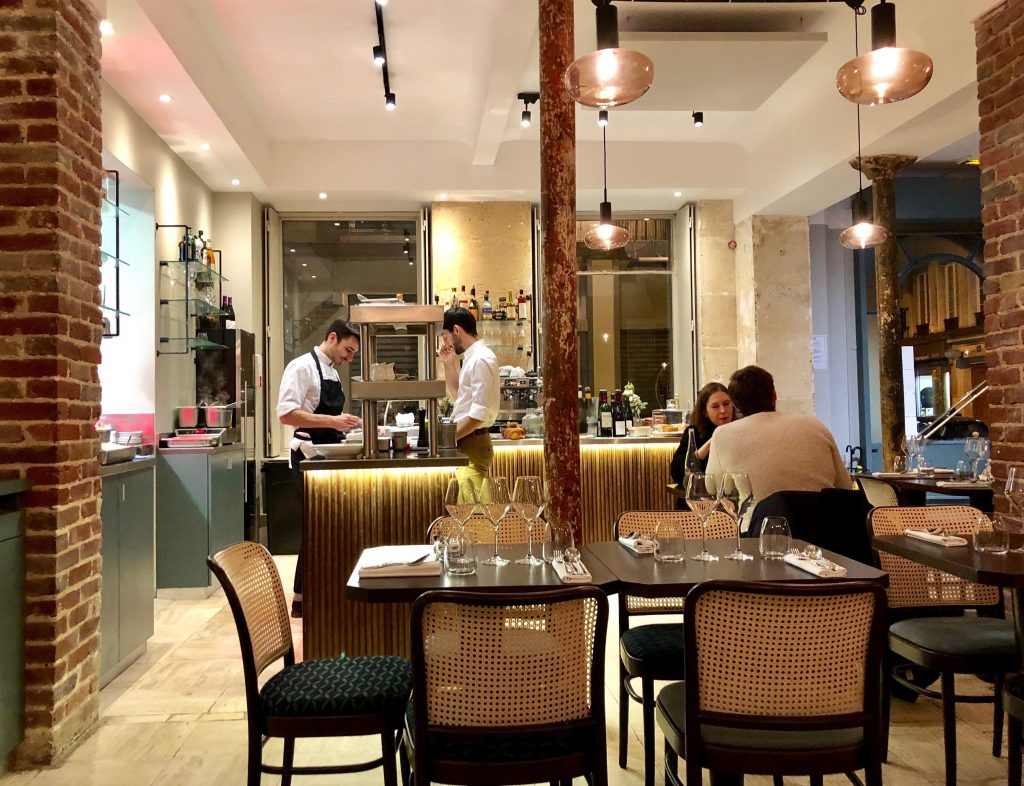 Eels seems like a funny name for a Paris restaurant, but the humble eel, once scorned and nearly completely forgotten, is très à la mode in Paris right now, slithering onto menus in many restaurants, especially those with Japanese chefs.

My American co-diners at this new bistro in the 10th arrondissement were leery of the snaky fish, found as a starter on the menu, but I felt I had to try it, and I was rewarded big-time by a dish consisting of chunks of smoked eel with a matcha- and kiwi-flavored sauce, a wonderful foil for the eel, with some almonds thrown in for good measure. 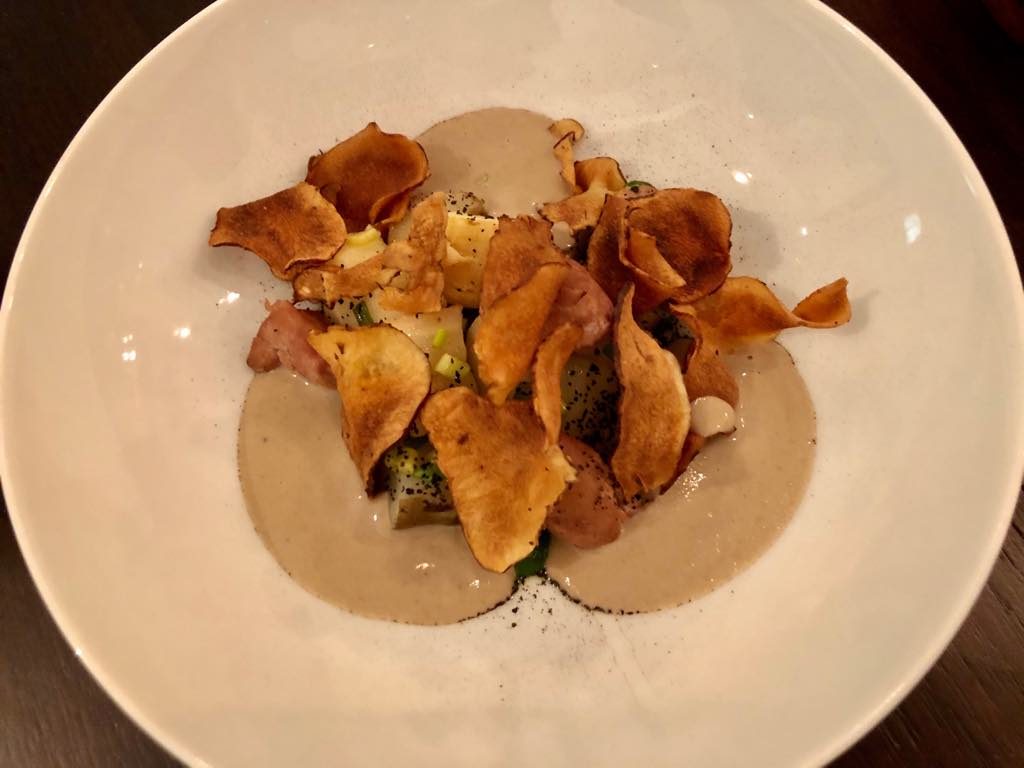 The other starter we tried was also delightful and original, although not as exciting as the eels, which we all loved. It consisted of sot l’y laisse (oysters, those two tender morsels on the bottom of a chicken; the French name translates as “only an idiot would leave it behind”) and various root vegetables with contrasting flavors in a mushroom and tonka bean sauce, the whole thing topped with perfect, grease-free homemade vegetable chips. Only an idiot would leave behind those delicious sauces, so we sopped them up with the excellent, crusty dark bread. 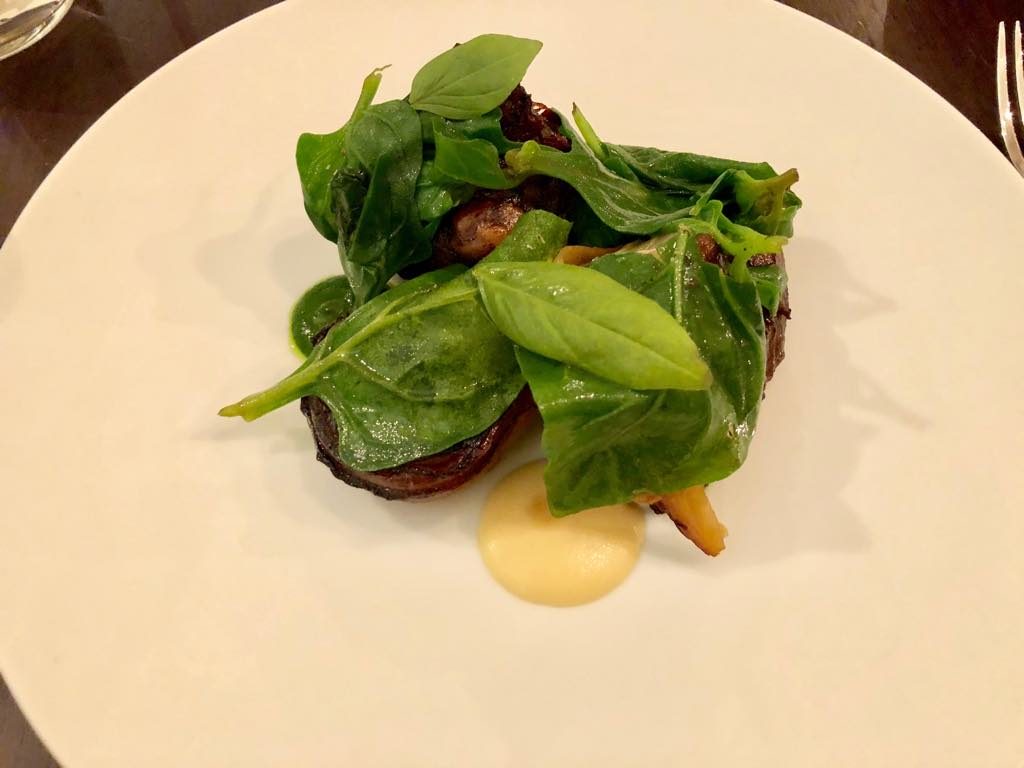 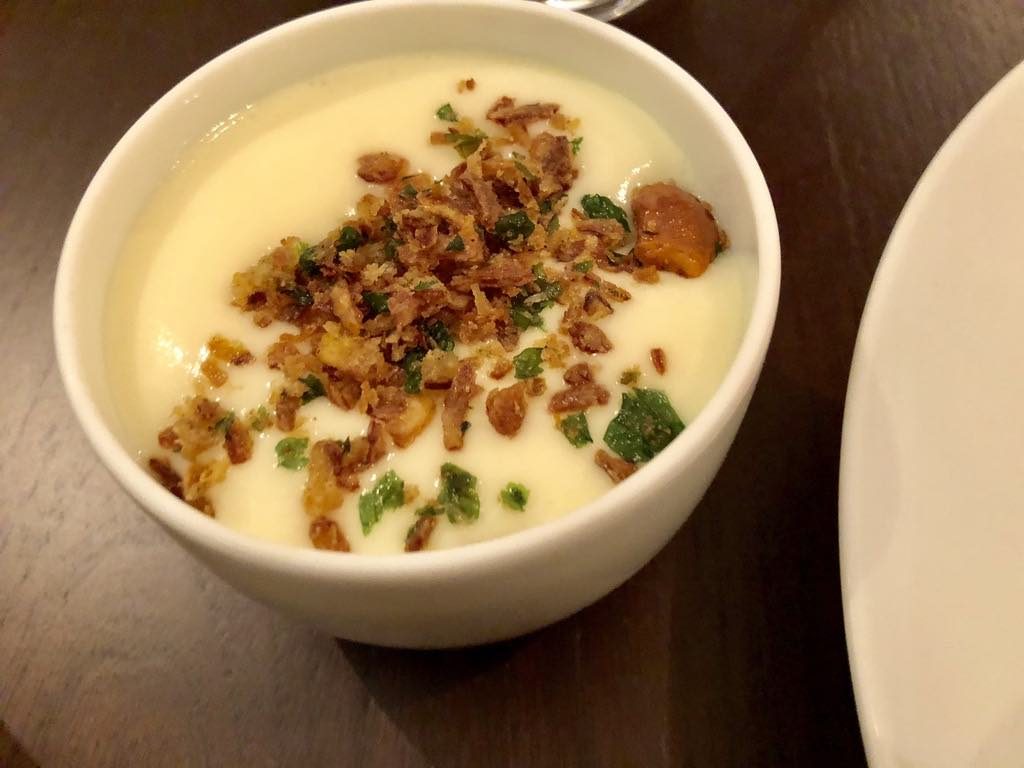 For my main course, I had the braised Limousin-beef cheeks, rich and melt-in-the-mouth tender, served with a caramelized onion and brown butter sauce with apple. On the side was a to-die-for dish of potato “cream,” the lightest version of mashed potatoes I have ever tasted, topped with garlic chips. 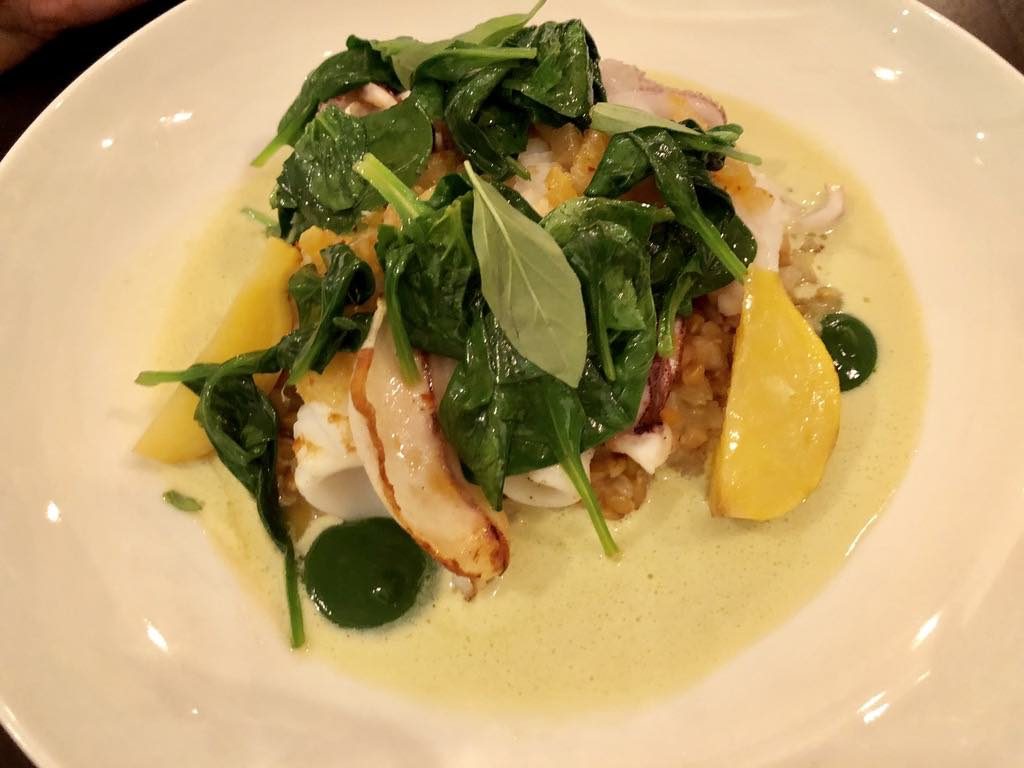 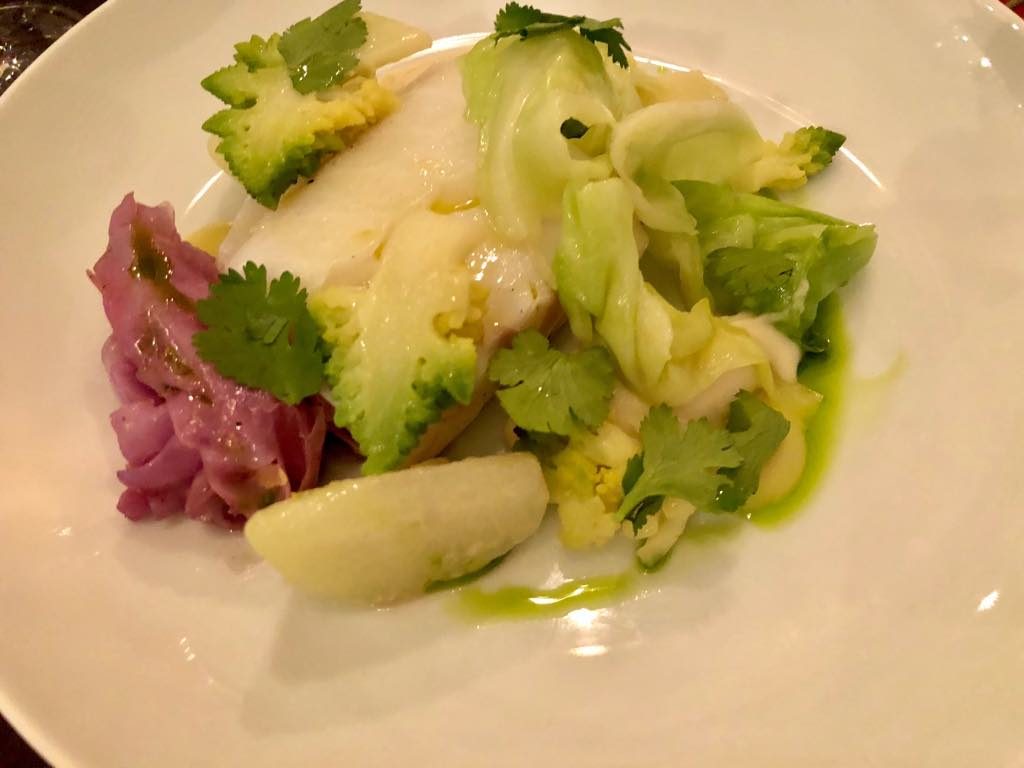 Two of the others had grilled encornets (squid), cooked lightly to a tender turn, with watercress purée and a sauce infused with fennel seeds. Heavenly, as was the pearly cod with sudachi (an intense Japanese citrus fruit) sauce and citron condiment. 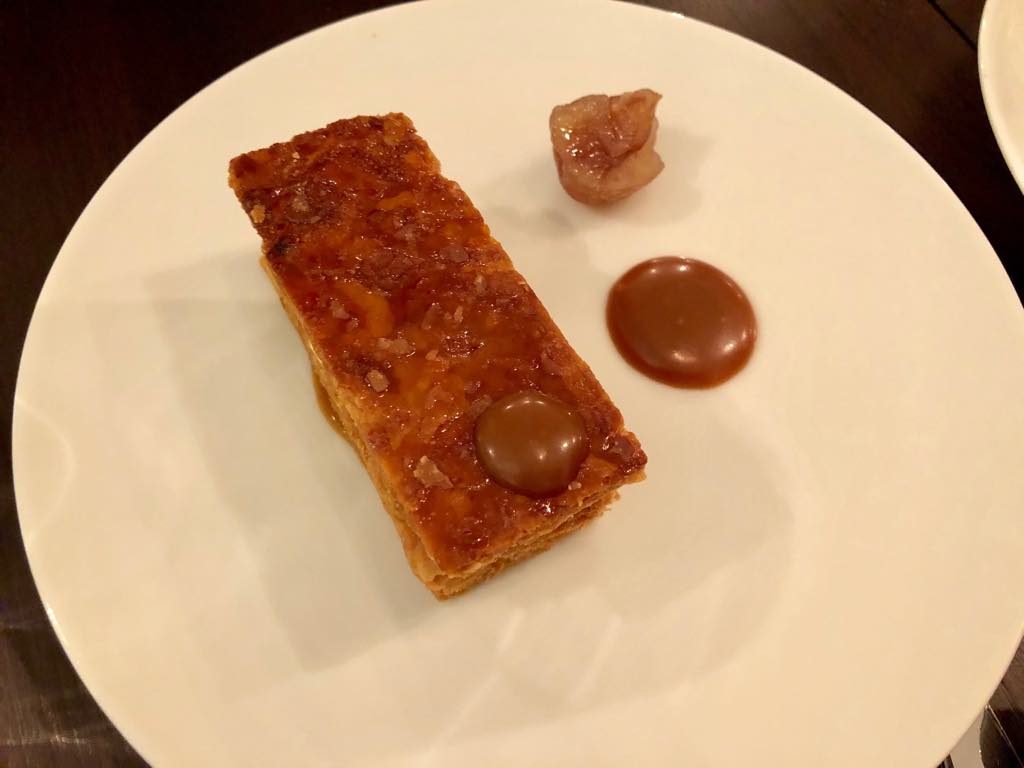 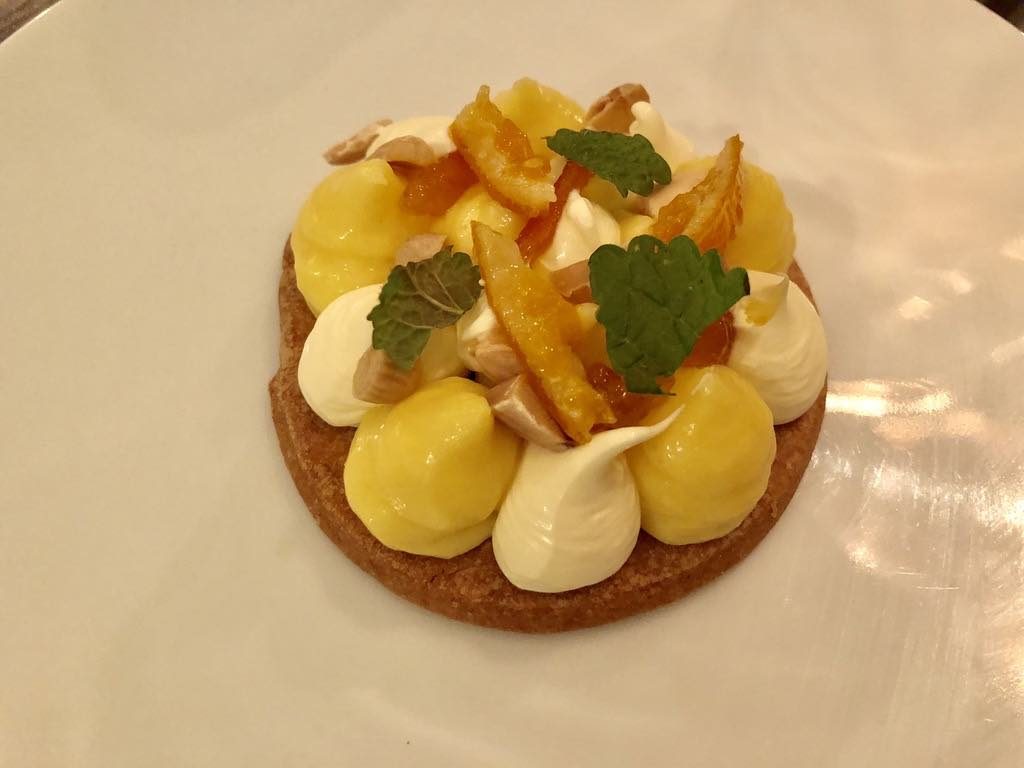 I was the only one who wanted dessert, but I managed to convince the others to join me, and we ordered two to share. We were all glad, because they were so delicious: a stunning millefeuille with caramel and candied chestnuts, and a mandarin-orange tart with cream, almonds and orange marmalade.

Eels is a pretty, spacious and comfortable restaurant with high ceilings and rough brick walls. The servers were charming, and chef Adrien Ferrand was all smiles as he plated dishes at the counter in front of the open kitchen. He has good reason to be smiling: his restaurant has been receiving rave reviews ever since it opened a few months ago. It deserves every one. I’d say that this place is just about perfect in every way.