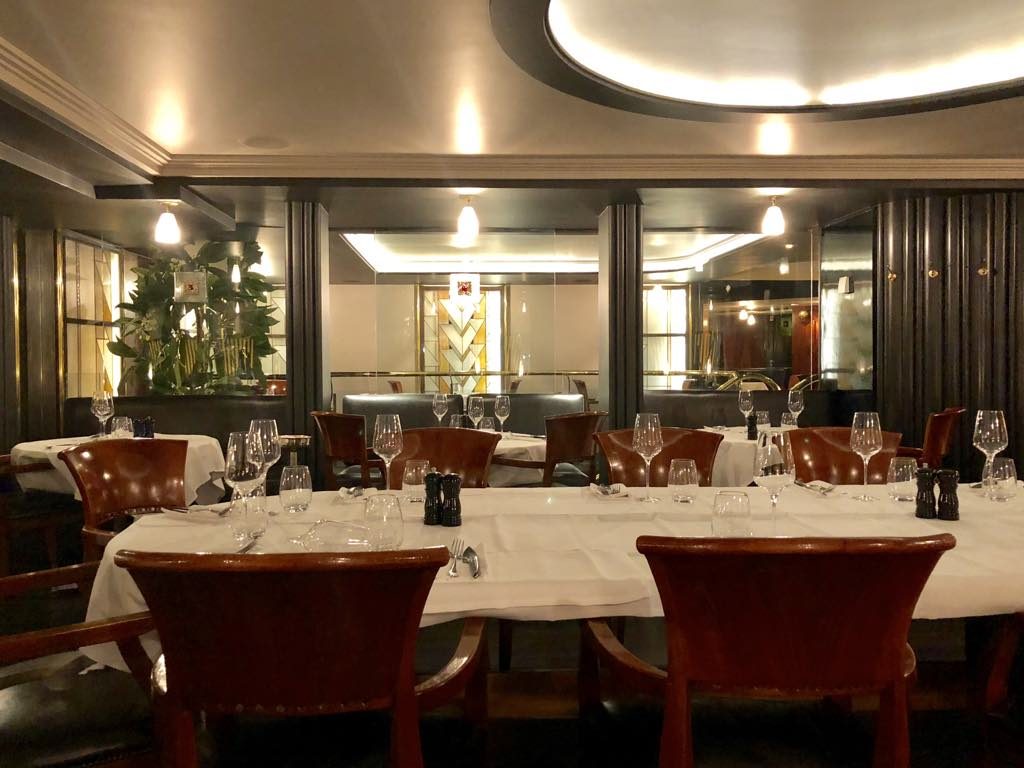 Across the street from the Gare Saint-Lazare are two stately brasseries specializing in seafood that one might tend to ignore because they are located so close to the train station. Paris Update’s former reviewer Richard Hesse tried Mollard, founded in the 19th century and endowed with a gorgeous Art Nouveau decor, a number of years ago and found the food seriously wanting, but he likes its next-door neighbor, Garnier, so the last time he was in town, we dined in this showplace with its Art Deco-inspired interior featuring carved dark-wood panels, crystal light fixtures and stained glass. 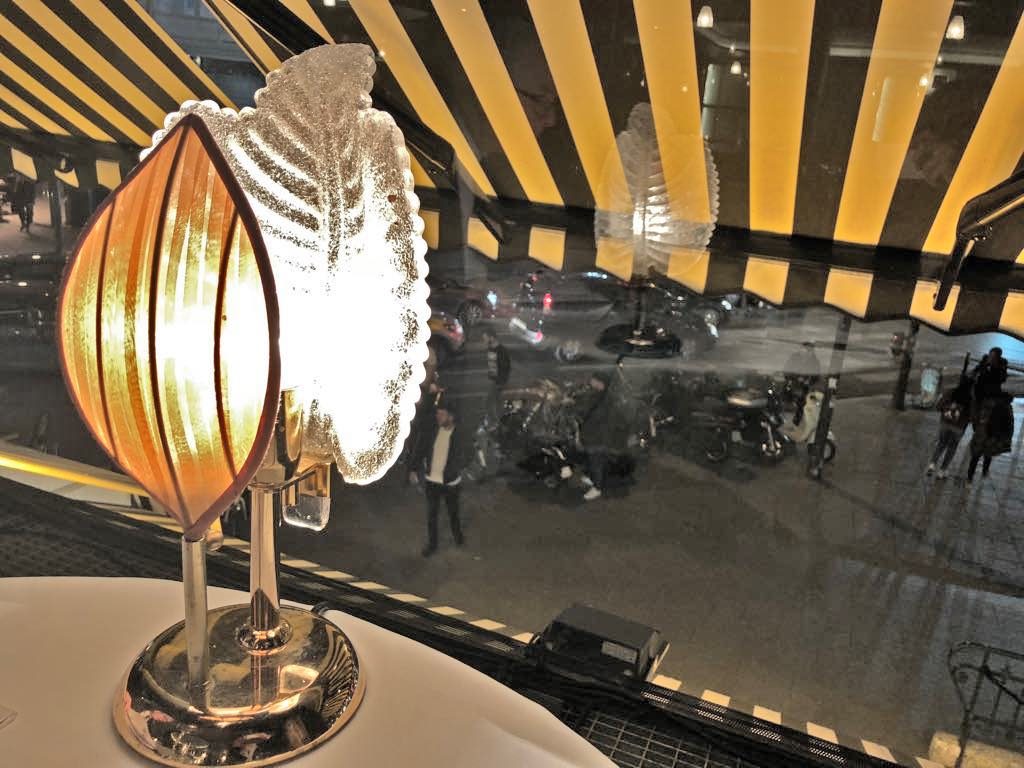 We sat upstairs, where it is quieter (if you are looking for brasserie bustle, best to sit downstairs) and the decor is brighter. From our window seats, we had a great view over the comings and goings in front of the station below.

The service here is old-school polite. In fact, everything thing here is old school, except perhaps the superfluous pop music, not played loudly, but loudly enough to be slightly annoying.

We started with classics of the genre: escargots and fine de claire oysters, both perfect examples of their kind. 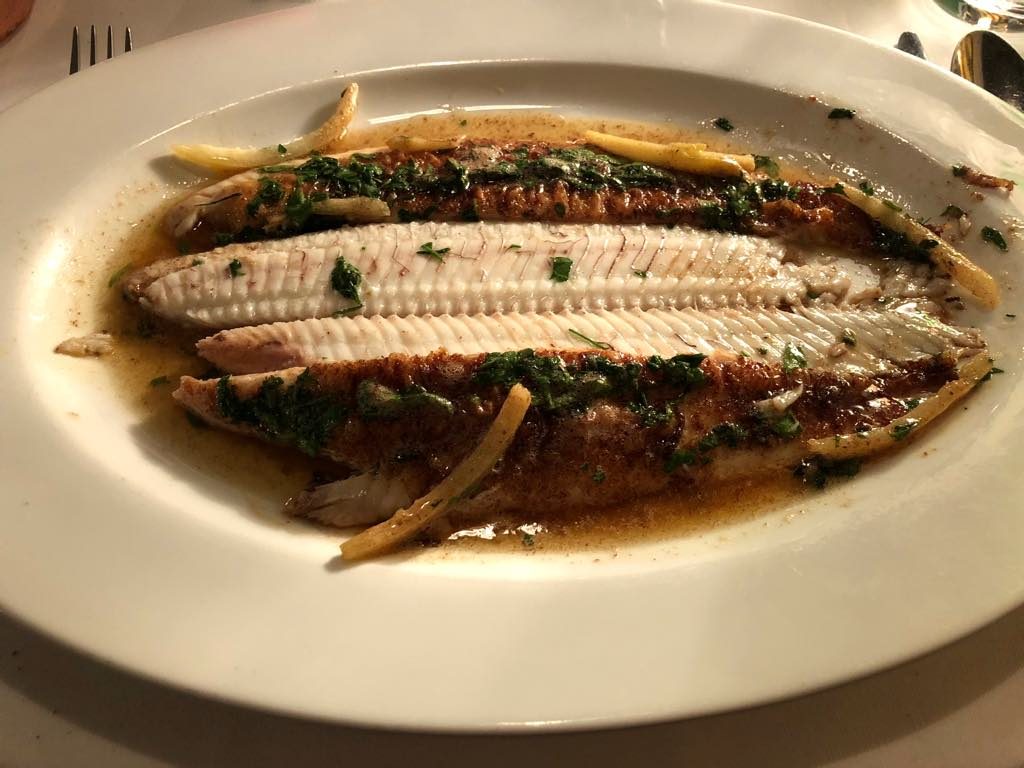 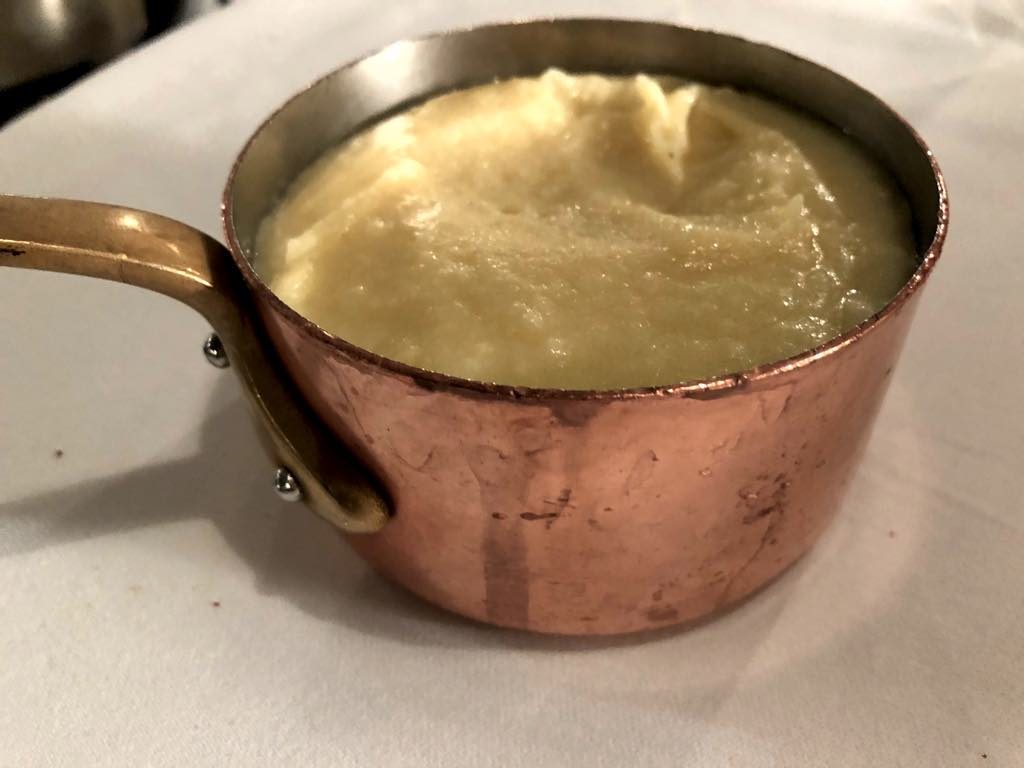 Then on to the classic main courses. I ordered the sole meunière, mainly because I had recently bought some sole at my local market and been confounded by all those bones when I tried to cook it. I could only admire the skill of our waiter as he boned it within seconds and served it up in flawless style, drowned in its buttery sauce. It was served with heavenly mashed potatoes in a copper saucepan (kept them nice and hot), seasoned and buttered to a turn. 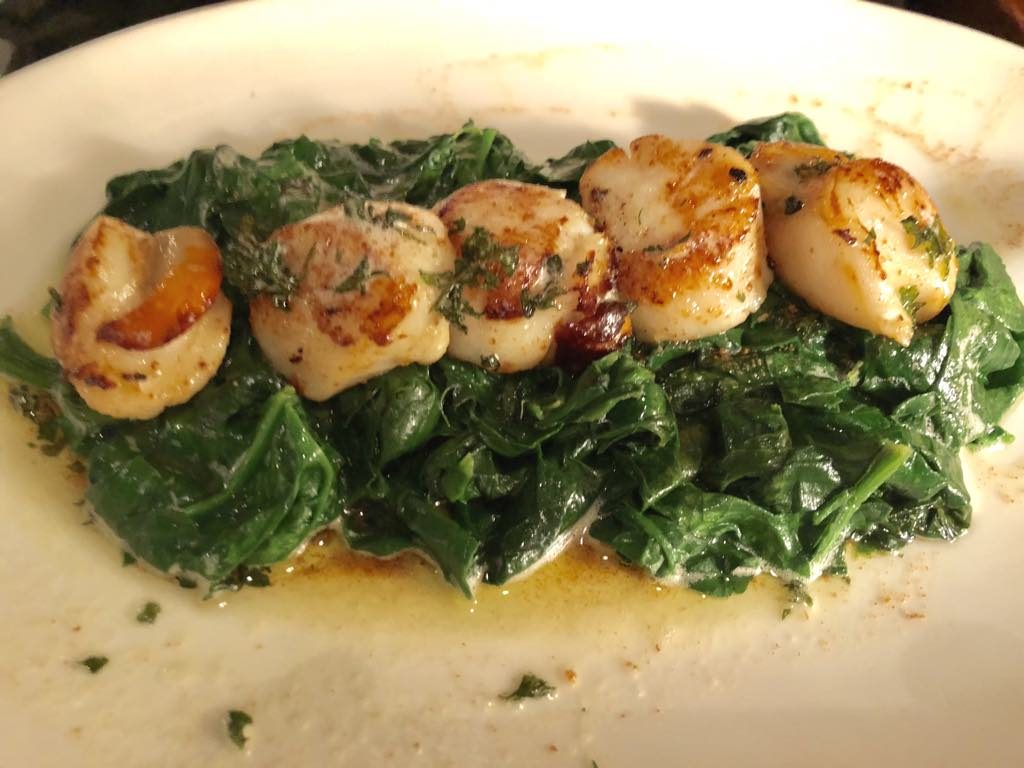 Richard had the scallops in garlic butter, served on a bed of delicious and perfectly cooked spinach. 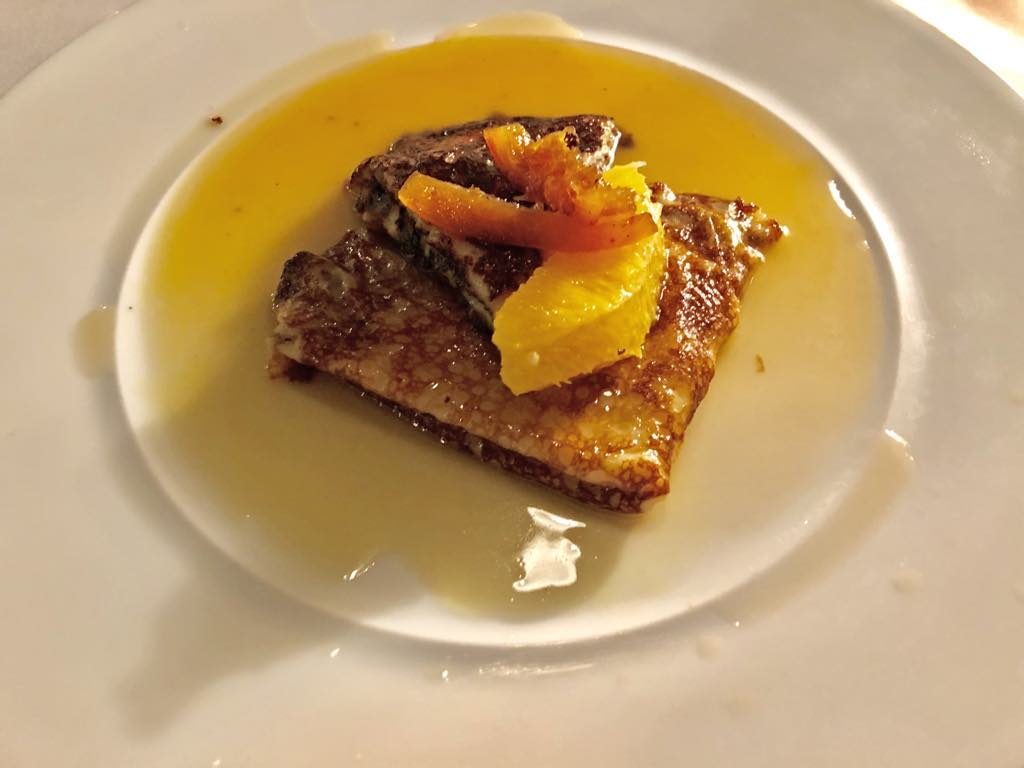 Sticking to the theme of classic French dishes, we ordered the crêpes Suzette for dessert, but only after the waiter assured us that they would be prepared at the table in the traditional way. That turned out to be untrue. The crêpes arrived folded up on the plate, and the waiter did nothing but pour the sauce over them. When questioned, he explained that the ceiling was too low and that safety regulations prohibited flambéing.

That was the big – and only – disappointment of the meal. The crêpes were tough and cold, and we didn’t bother to finish them (although I did spoon up the Grand Marnier sauce).

Garnier is expensive, but it’s a great place to go when you want an old-fashioned French meal in a quiet, elegant setting (for something a little more gastronomically adventurous, try Éric Frechon’s Lazare in the station itself). If Garnier would lose the music and improve the crêpes, it would be a perfect example of its genre.