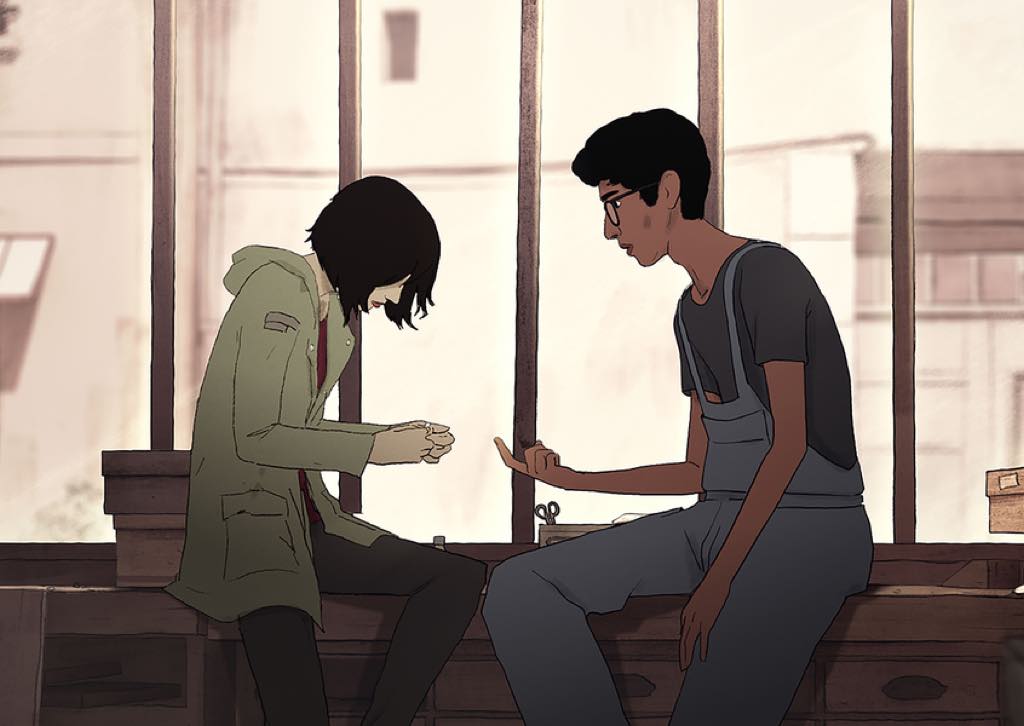 J’ai Perdu Mon Corps is the story of a sweet but feckless pizza delivery boy, Naoufel, who can’t even get that job right. A strange encounter with a customer who lives on the 35th floor of a tall building ends up changing his life.

She refuses to buzz him in from the lobby because he is late, and he discovers that her pizza is a mess anyway because he has just had an accident on his motor scooter.

When she hears about the accident, her hostility turns to sympathy, and he sits down in the lobby to eat the pizza as their disembodied conversation continues on a lighter note through the interphone.

Naoufel becomes obsessed with this intriguing young woman, whose name is Gabrielle, and, using clues from their conversation, launches an investigation to find her. He succeeds, and in the process, finds a job as a carpenter and a purpose in life. At first, of course, she is suspicious of and angry with her stalker, but she gradually comes to trust and like him. 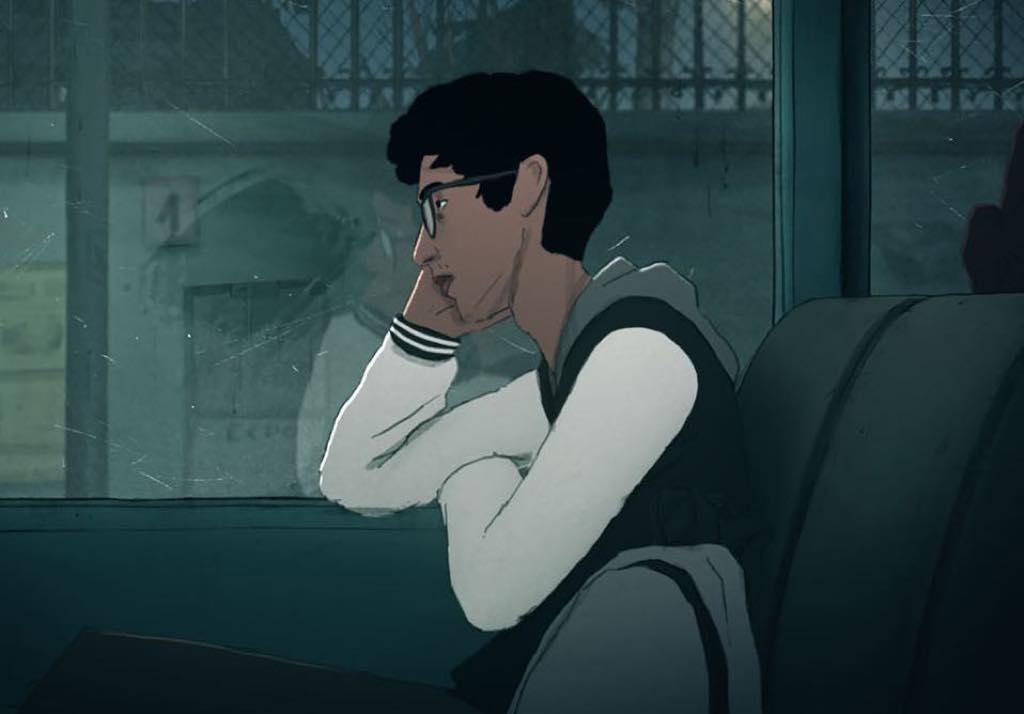 None of that is very surprising, but intercut with this narrative are scenes the viewer doesn’t quite understand at first: a disembodied hand with a mind of its own escaping from a lab refrigerator and going out into the dangerous world, a young boy with his loving parents learning to play the piano, etc. A recurring theme in scene after scene is a buzzing fly that the boy never manages to catch in his hand.

I won’t give away the rest, but it all comes together sadly but sweetly, in an unexpected way, in the end.

Even though it is animated, the story, based on the novel Happy Hand by Guillaume Laurant (who wrote the screenplay for the film Amélie and co-wrote the script for this one with the director), is complex, convincing and poetic, bringing out both the joys and horrors of life.