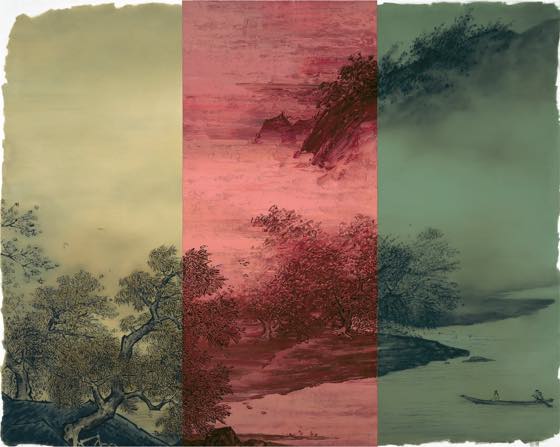 Asia Now: 30 contemporary galleries showing work by Asian artists. Above: “The Autumn Wind in the Hollow,” by He Sen,

Another kind of art at the Outsider Art Fair.

Twenty galleries will show the work of their artists.