No Pita, No Personality 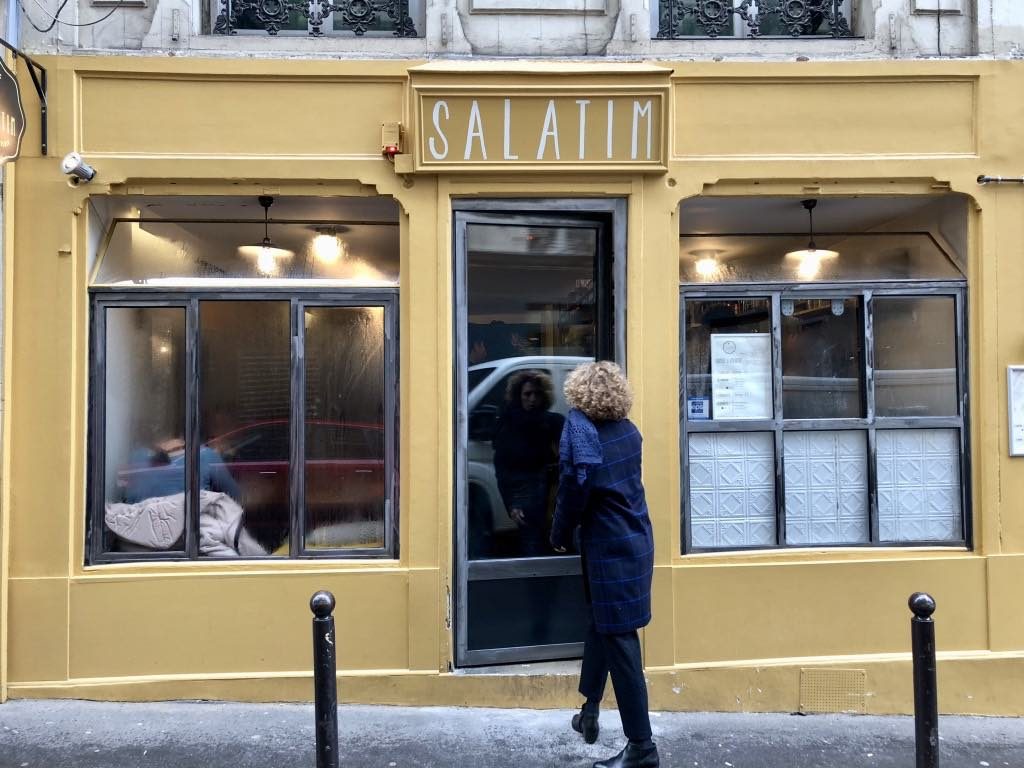 The tsunami of Japanese chefs taking over French restaurants in Paris might tend to obscure another big trend: Israeli restaurants. Since we reviewed the wonderful Miznon, the Paris outlet of famed chef Eyal Shani (who claims to have invented Israeli cuisine along with a handful of other chefs some 30 years ago), Israeli lunch bars and takeouts have been popping up like pita all over town.

Speaking of pita, that brings up a sore point.  The other day I was looking forward to trying one of those places, Salatim, expecting something as good as I’d had at Miznon. When I arrived, my two friends were having the complicated menu explained to them by a sweet waitress. She patiently explained everything over (and over) again for me. I just couldn’t get my head around all the substitutions and options for each dish. But I especially couldn’t wrap my head around the fact that they have no pita bread; instead they make sandwiches with baguettes and serve falafel on plates.

My two friends both had falafels with roasted vegetables. The latter were tasty, but the falafels were rather dry. Luckily we had ordered a side dish of hummus, which, though it was fairly bland, made a moistening dip for the falafels.

I had a cooked beef sandwich, which came with cucumber slices and was served on a fine baguette, but it was still a sandwich and not a spectacular one by any means.

We all drank the delicious, not-too-sweet house limonana (mint lemonade). That and the two desserts were the best things we had. One was a fresh fruit salad with orange flower water and the other was an excellent pannacotta-like dessert with mango sauce and coconut.

Chef Eyal Shani of Miznon describes pita as a magic pocket that holds the heat of the food in and improves juices and flavors. At Salatim, by not using pita, they lost this felicitous effect, and lost my business at the same time. A shame.