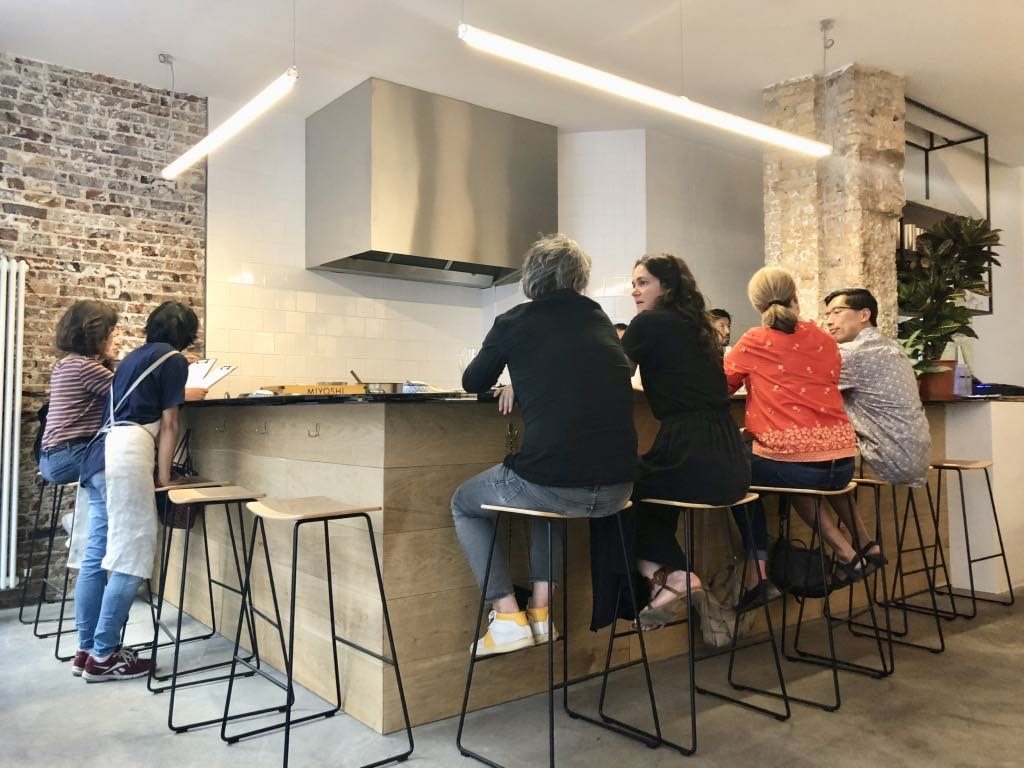 Last week, when I went to Sanjo, I was surprised to see that the restaurant, which had only been open for two weeks, was so popular that people were lining up outside to wait for a table: that’s a true phénomène de mode. When I discovered that the owner is a Japanese man who used to work in the fashion world in New York, the crowd of trendy, well-dressed young people made more sense.

Located on the outskirts of Paris’s Little Tokyo (around Rue Sainte Anne in the second arrondissement), Sanjo has a chicly stark interior, with fluorescent tubes above the bar, exposed brick and stone walls, and a profusion of huge round hanging lamps for a Pop effect.

Instead of the Japanese-inflected European cuisine we have grown used to in Paris’s fine French restaurants, so many of which now have Japanese chefs, Sanjo serves European-inflected Japanese cuisine, with, for example, “mozzarella zuke” (pickled mozzarella) listed among the “tapas” starters. 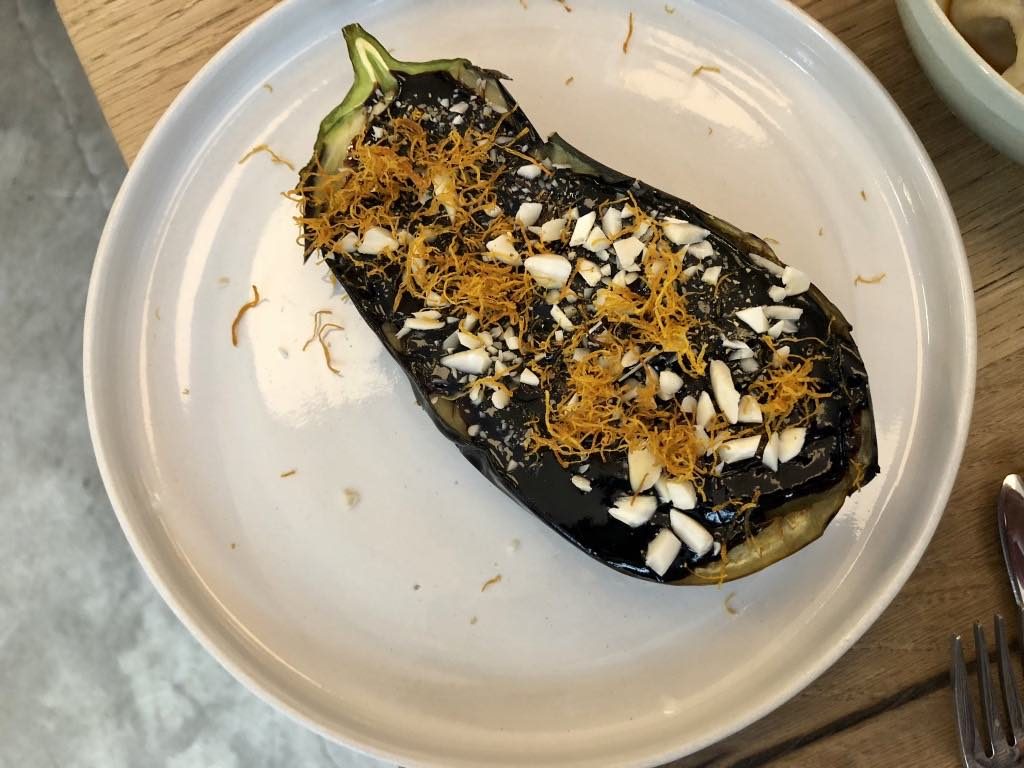 One of the three starters we tried, a tender baked half of an eggplant with a rich miso sauce, was sprinkled with nuts, not part of the classical Japanese repertoire, but a nice addition to the dish. 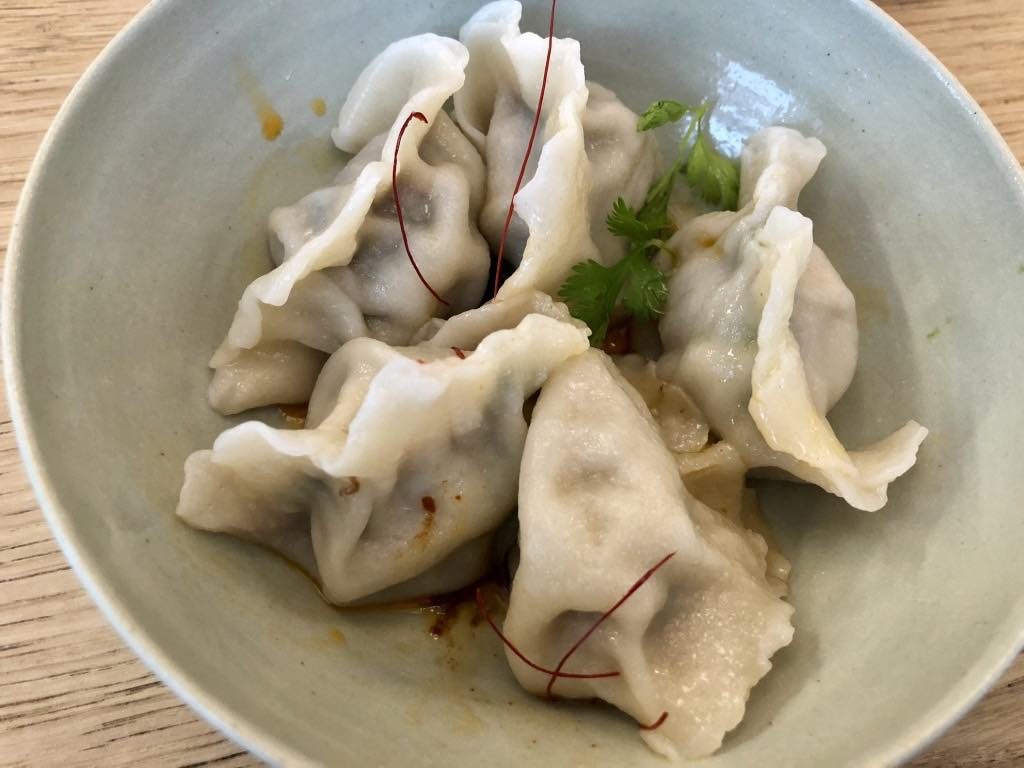 The gyozas, the other starter, were a healthy version of Japanese dumplings, obviously homemade and filled with pork and greens but not fried, hence not greasy. 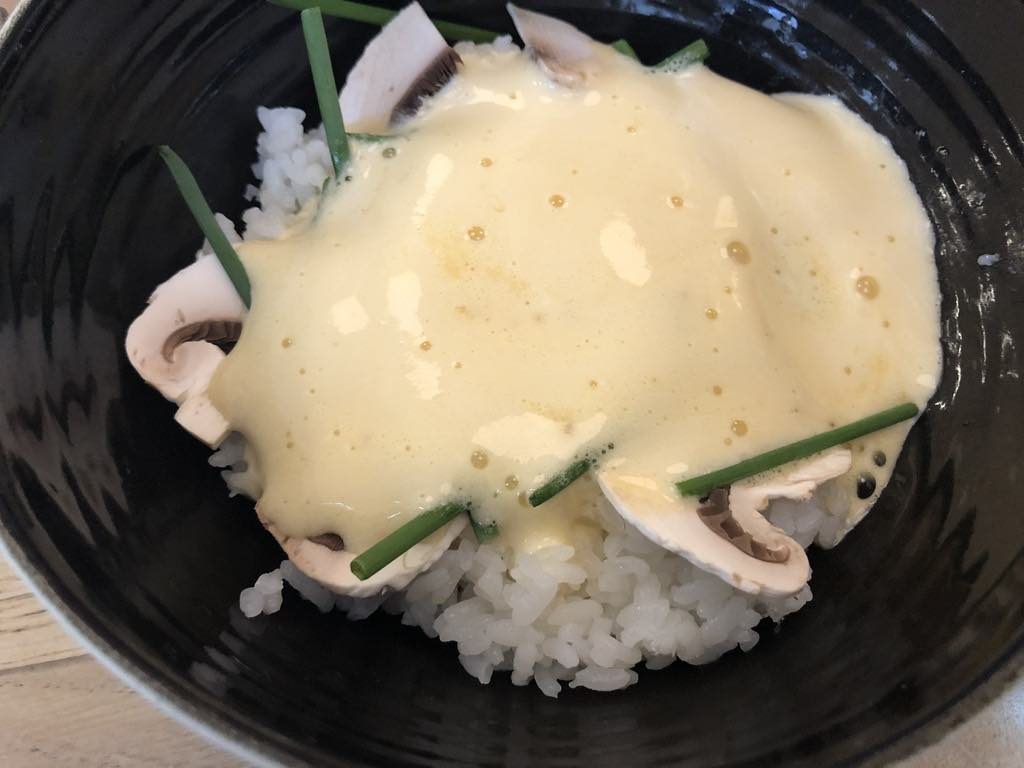 The third starter was rice with a whipped raw egg on top, Sanjo’s version of the Japanese breakfast dish tamago kake gohan. I’ve seen it described as comfort food, and it may well be for the Japanese, but it wasn’t very exciting as a starter.

We both had ramen with homemade noodles as our main course. Mine was the simplest possible, just broth topped with pork belly of a quality not often found in standard Japanese restaurants in Paris. Both Connie and I thought that the broth had an unusual flavor and texture we had not previously encountered. It was richly flavored and rather thick and cloudy. When I asked the owner how it was made, he said it was simply pork cooked for eight hours with no other additions, or tonkotsu ramen. 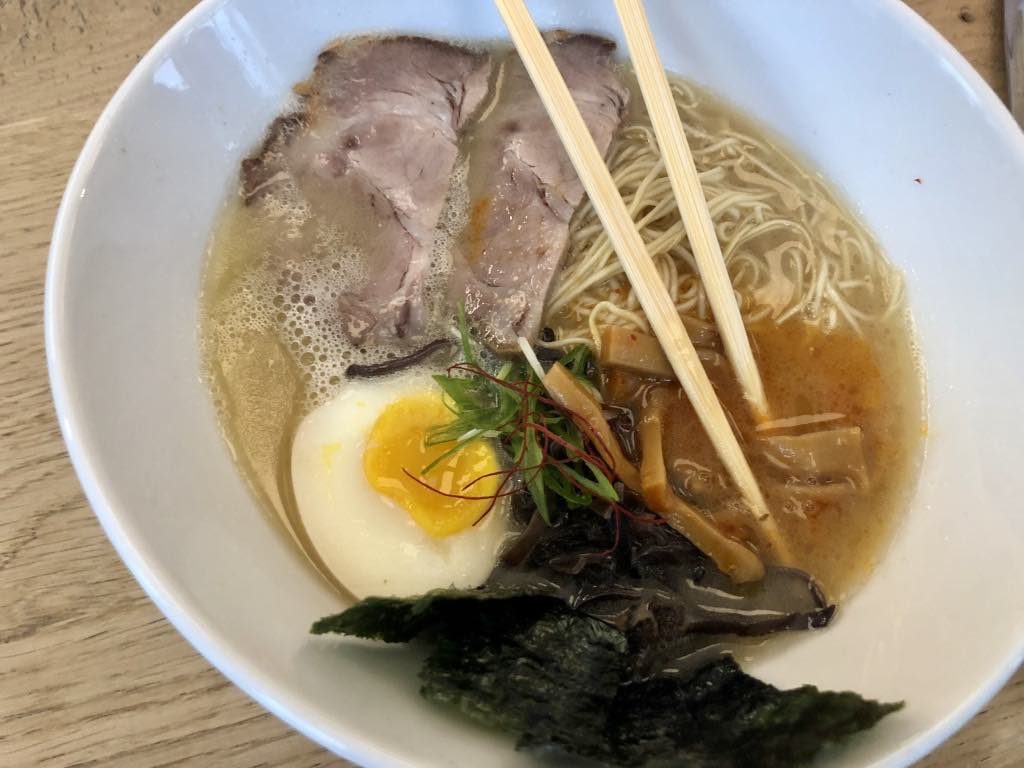 Connie’s ramen, the Sanjo, was the same as mine but jazzed up with black mushrooms, algae, chashu (marinated braised pork belly) and an egg. 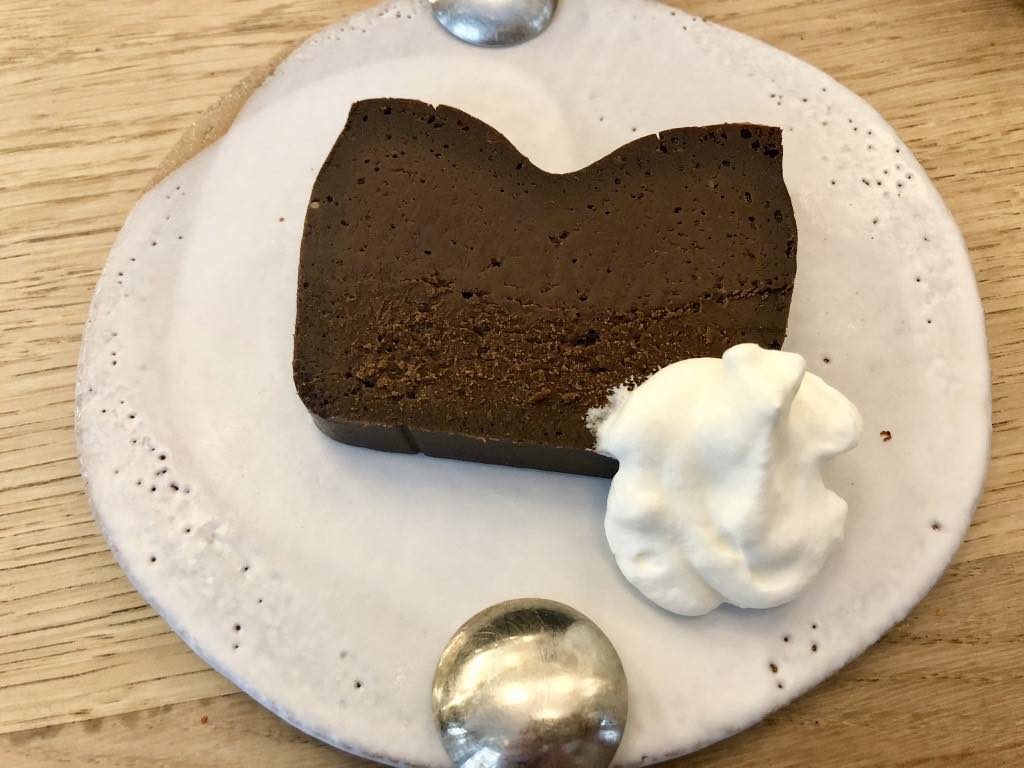 The three desserts on offer, cheesecake, yogurt sorbet and chocolate “terrine” were purely Western – no bean paste in sight. We shared the last-mentioned, a rich concentrate of chocolate with a dab of whipped cream.

While I enjoyed the meal at Sanjo and appreciated the high quality of the ingredients and careful preparation, I would have liked to see a little more inventiveness in the dishes. If you are going to deviate from tradition, why be timid about it?