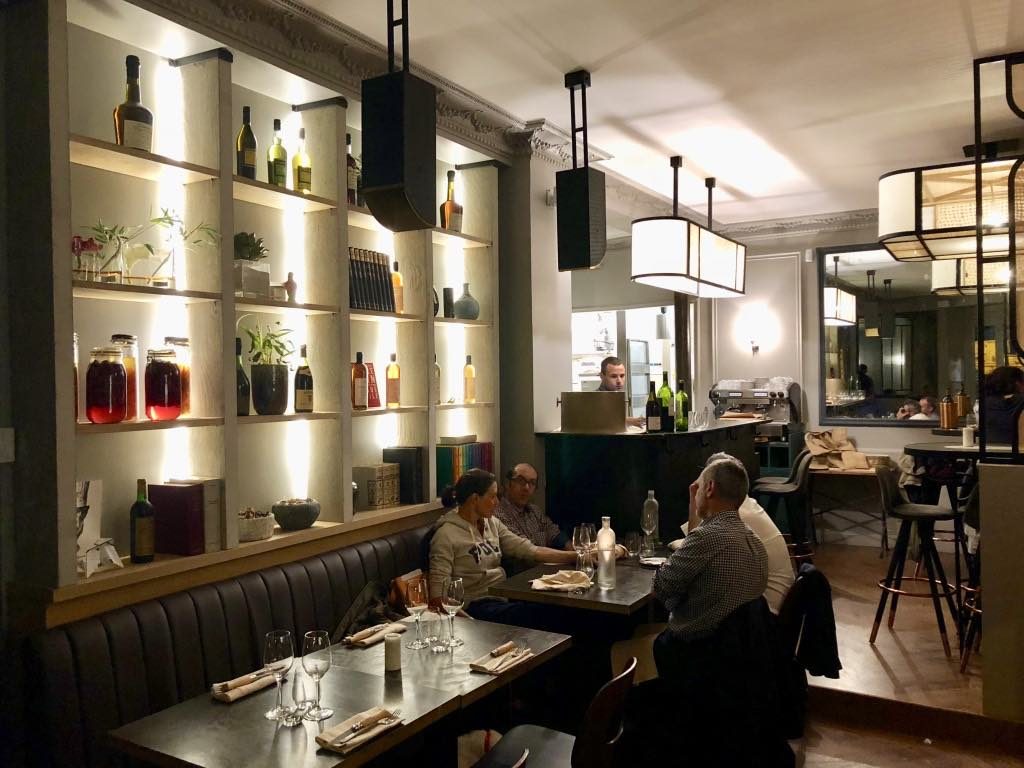 After Mensae, reviewed here in 2016, came Sellae, both owned by a certain Thibault Sombardier. Having loved Mensae, I was eager to try the new restaurant in his stable (he also owns Antoine) and went there recently with three friends.

One of them, Luca, who happens to be Italian, was surprised to see on the menu an Italian specialty rarely seen outside of its country of origin: “saor” sardines. It turns out that the chef here, Matteo Vianello, is from Venice. His version of the sardines was not exactly authentic – much less vinegary than the original, according to Luca – but was a refined and delicious interpretation served with plump sardines, a crispy polenta chip and light-as-air fried onions.

The “homemade focaccia” listed on the menu wasn’t focaccia at all but bruschetta (luckily, a real Italian was present to confirm my observation), but it, too, was delicious. Served on good grilled bread properly rubbed with garlic, it was topped with flavorful basil pesto, cherry tomatoes and arugula.

We also tried the fricassée of escargots with mushrooms and green zabaglione, an inventive and tasty version of the French classic.

Among the main courses were two irreproachable Black Angus faux filets (sirloin steaks), sliced up and served with a delicious fry-up of mushrooms with tarragon, and a sauce that required mopping up with bread.

Another was fusilli with gambas (king prawns), better than any I have tasted in a long while, with busera sauce, a Venetian tomato sauce made with shellfish.

And, finally, pintade (guinea fowl) with caponata and eggplant cream, a fine mix of French and Italian influences.

At dessert time, Helen, a great connoisseur of classic chocolate mousse, was disappointed that the restaurant served a warm version, but she enjoyed it nonetheless. It was served with vanilla ice cream on a shortbread cookie.

The financier with ricotta cream and pistachio ice cream was pure delight.

The restaurant’s decor was simple to the point of boring, at least in the section where we were seated, but there were some decorative rectangular lamps in the other part. The service from two young men couldn’t have been more pleasant and accommodating. There may be no splashy effects here, but this is a solid restaurant serving well-thought-out, well-prepared food made with high-quality ingredients in a neighborhood not known for its gourmet cred. Bravo, Matteo!