Let the Love Light In 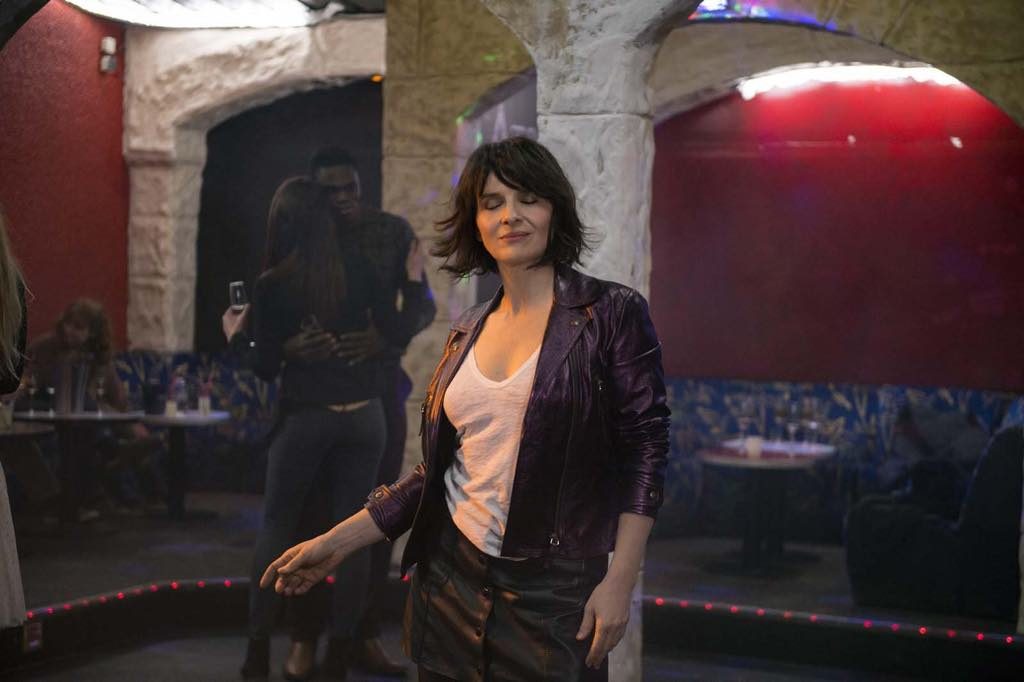 Un Beau Soleil Intérieur (Let the Sunshine In), directed by Claire Denis, opens with a closeup on a man and woman having sex. At first, only the woman’s body is visible, but we soon see the man on top of her, who looks disturbingly like Harvey Weinstein (although not as ugly).

The woman is 40-something Isabelle (Juliette Binoche) and the man is Vincent (Xavier Beauvois), one of a series of lovers (and the worst of the lot) Isabelle will have during the course of the film as she searches for a good man with whom she can have a satisfying relationship.

There is something desperate about her search, but anyone who has ever hungered for love will sympathize as she tries out one loser after another, each with his special faults (and many of them married), while wondering why she ever split up with her ex, François (Laurent Grévill). She soon remembers: after engaging in breakup sex with him, she ends up throwing him out of her apartment.

The film is often annoyingly talky. Long discussions are held with each lover or potential lover (I suspect there was a lot of improvisation going on in those scenes), but there are also many funny moments.

It is really Binoche who carries the movie, however, bringing a touching and somehow not irritating vulnerability to the role of a woman who seems to have it all: she is beautiful and sexy, and has a child, lots of friends and a successful career as a painter. The only thing missing is the right man, and all the rest doesn’t make up for it. In one short scene, we see her painting, and we also get a brief glimpse of her child, but neither appears to bring her much satisfaction.

The message seems to be that a woman can’t be happy without a man, but director Denis, who has plenty of feminist cred, gets to have it both ways. This woman who is miserable because she doesn’t have a man is in the end “saved” by a man, in an amusing cameo by Gérard Depardieu as a fortune teller who instructs her to be open to everything while seeking “un beau soleil intérieur” (her inner light).

This is the kind of film that would normally annoy me no end with its talkiness and seemingly antifeminist spirit, but Denis pulls it off, with the help of Binoche, and turns it into an affecting portrait of a real woman.