Apart from the Crepe Crowd 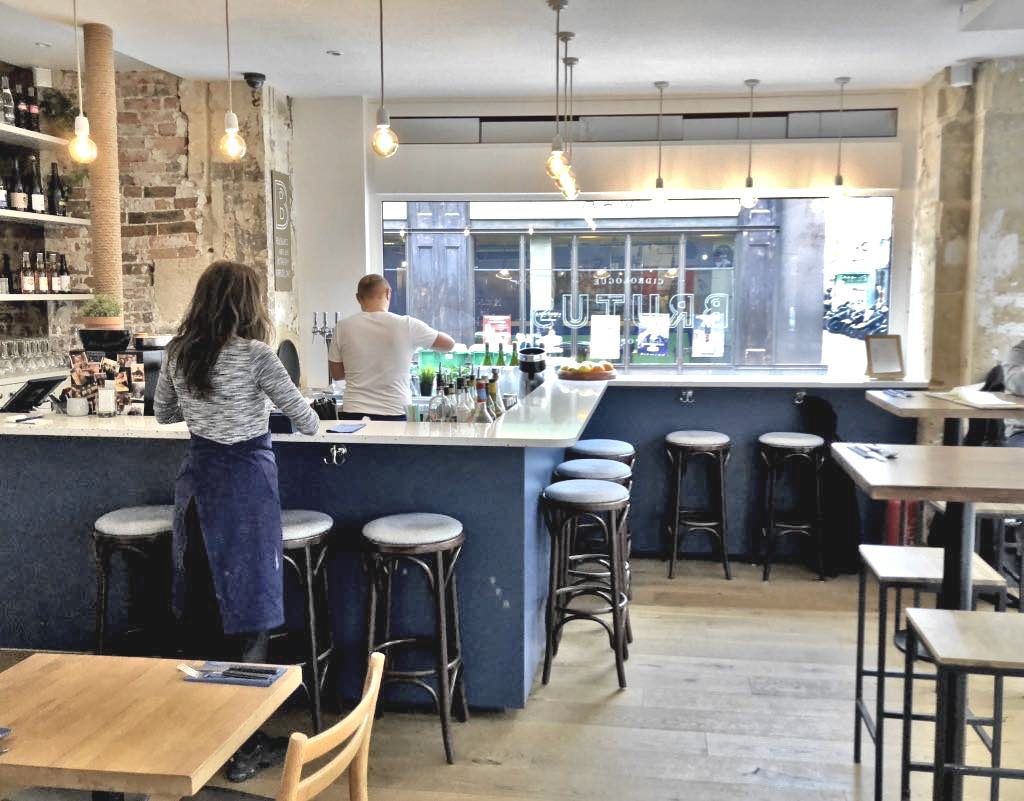 Most crepe restaurants seem more or less the same to me, even those known for using top-quality ingredients, like Breizh Café. My friend Terry recently introduced me to a creperie with a difference, however: Brutus on Rue des Dames in the 17th arrondissement.

Brutus distinguishes itself in many ways: it makes its crepes from naturally gluten-free sarrasin (buckwheat) flour from its own mill in Brittany, and it carries some 25 different apple and pear ciders, some of them artisanal and/or organic. A product of crowdfunding, the restaurant is named after Brutus de Bretagne, who, according to legend, was the first king of the Bretons (and founder of Britain).

In this neighborhood teeming with restaurants, it’s worth knowing which ones are good ones. We have already reviewed Melt, Gare au Gorille, Brigitte, and Chez Léon. Now we can add Brutus to the list. 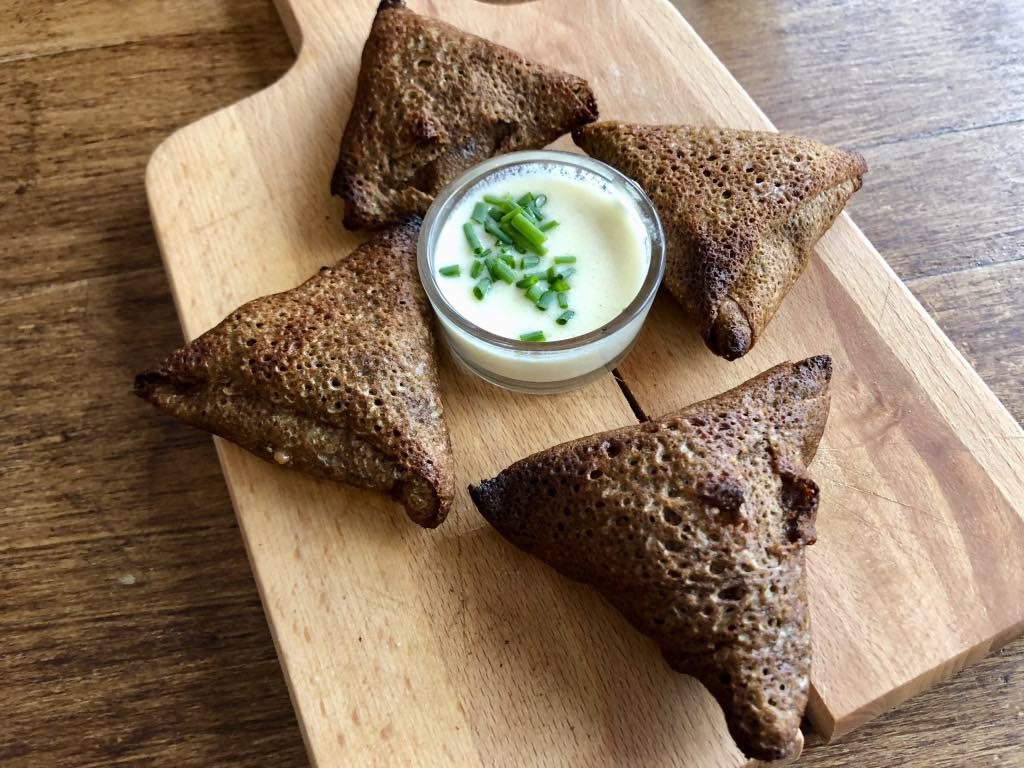 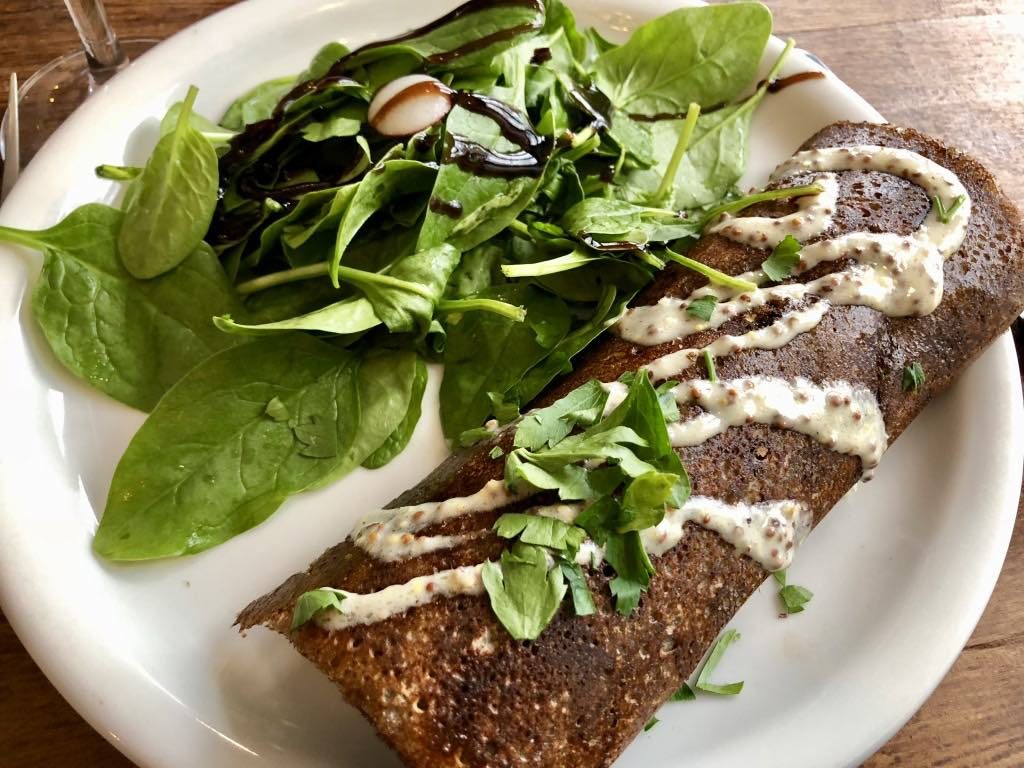 I followed that with the daily special: a hearty galette filled with smoked sausage, Beaufort cheese, onions fried in cider and grain-mustard cream, served with a super-fresh baby spinach salad. That was a meal in itself. 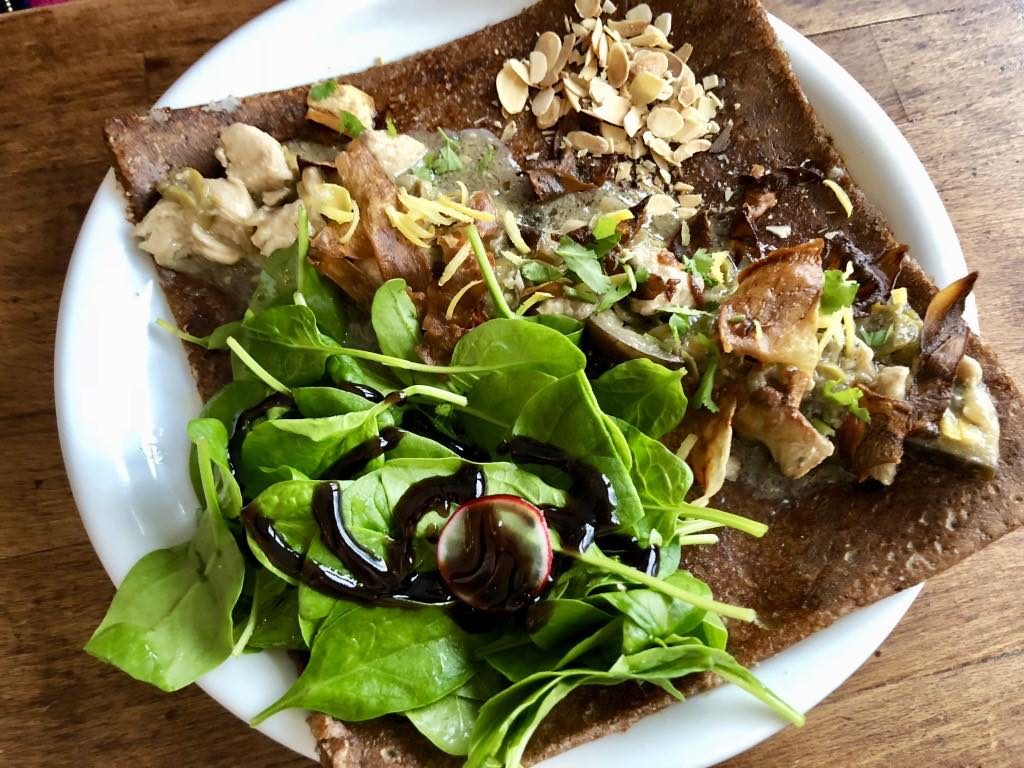 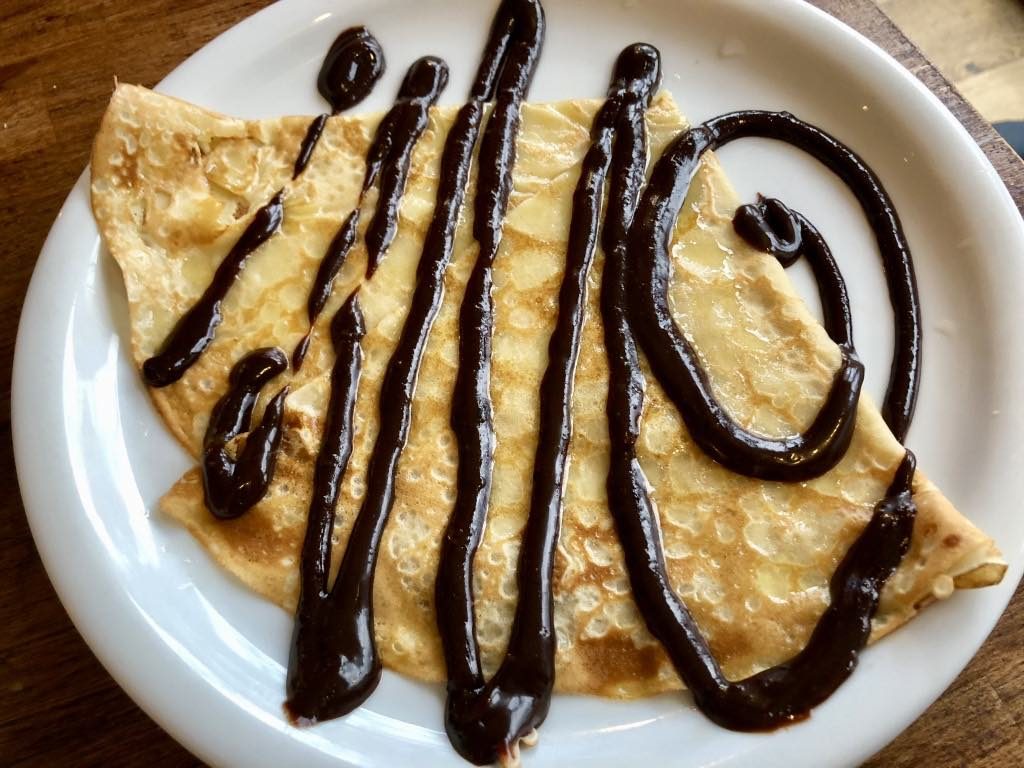 The atmosphere at Brutus is cheerful, the service extra-friendly, the menu creative and the apple cider dry (if you like it that way).