Jazz Diva of the Square: Still Swinging After All These Years

“I’m in there,” said the lady in black with the bright red lipstick sitting next to me on the bench in the Square du Temple in Paris’s third arrondissement. She was pointing at the computer on my lap. The lady was Micheline Capuano Blasco, better known by her stage name, Micheline Day. Over the course of many afternoons on the bench near the pond in the little park, she revealed random morsels of her life story to me.

Exactly 30 years after the U.S. government recommended the use of “Ms.” in official documents so that women would no longer be identified by their marital status, the powers that be in France have finally decided to relegate “Mademoiselle” to … Read More 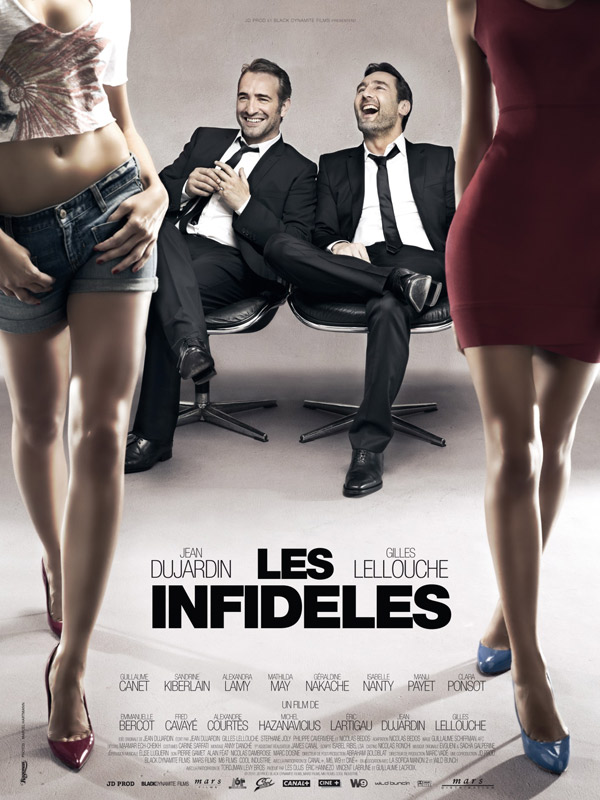 Men Just Want To Have Fun!

From the country that brought you Dominique Strauss-Kahn and Jean Dujardin, introducing Les Infidèles (The Players), a film about men cheating on their wives that rolls the two men into one fictional character. The movie is string a of short … Read More

Cesars VS. Oscars: Which Wins For Worst Awards Ceremony? It might seem difficult to beat the Oscars for toe-curlingly awful acceptance speeches, but the Césars (held two nights before the Oscars, thereby allowing all the stars of The Artist just enough … Read More

The cinema rules in France. In 2011, French movie theaters had their best year since 1966, with ticket sales of 215.6 million, an increase of 4.2 percent over 2010, according to the Centre National du Cinéma. Sales to French films … Read More

DIAPASONS D’OR   One of the highlights of last week’s concert for the Diapasons d’Or, the French equivalent of the Oscars for classical music, was the Young Talent of the Year, soprano Julia Lezhneva, whose sensational performance of one of … Read More

Démons Quotidiens & Between Soul and Stone

EVERYDAY DEMONS “L’Homme et la Mère” by Ralph Petty, from “Démons Quotidiens.”   Nancy Huston, a Canadian writer with a big fan base in France, and Ralph Petty, a Paris-based American artist, have published an unusual collaborative book together, with … Read More

Praises Of The Cesars Who needs Oscars when you have Césars? This year, the French awards ceremony took place in the same weekend as the American one, not that Hollywood would have noticed. And deservedly, the big winner (not even … Read More

A MAGIC FLUTE Photo: Pascal Victor/ArtComArt Renowned theater director Peter Brook calls his stripped-down version of Mozart’s enchanting opera A Magic Flute to distinguish it from the original. A talented cast brings the story to life on the minimally decorated … Read More