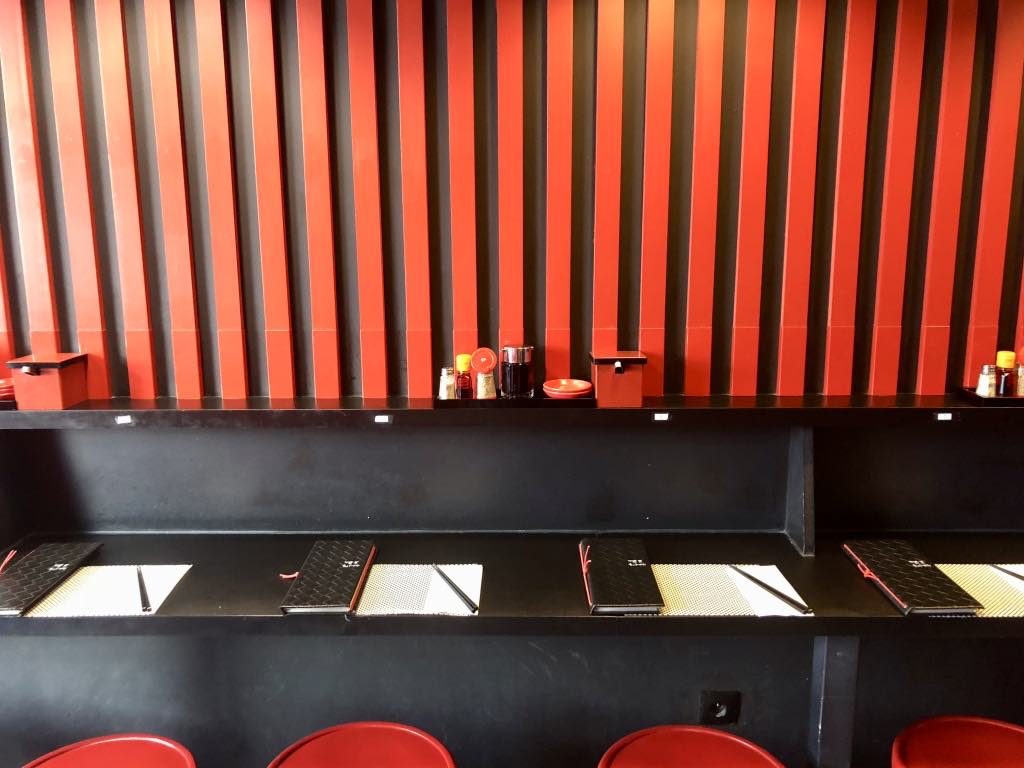 After tasting tonkotsu ramen last week at Sanjo, I was eager to try it again. Soon after, I happened to pass by Hakata Choten, another restaurant in Little Tokyo, which not only specializes in tonkotsu ramen but also has a sign boasting that it had won an award for the best gyozas in Japan. The place for me!

The very next day, I went there for lunch with my friend Bonnie, another lover of gyozas and ramen (who isn’t?). We were too hungry to read the history of tonkotsu ramen and descriptions of each dish on the menu, but I caught up on my studies later. I already knew that the broth was made from slow-cooked pork bones, but I learned that at Hakata Choten it is simmered for over 24 hours. 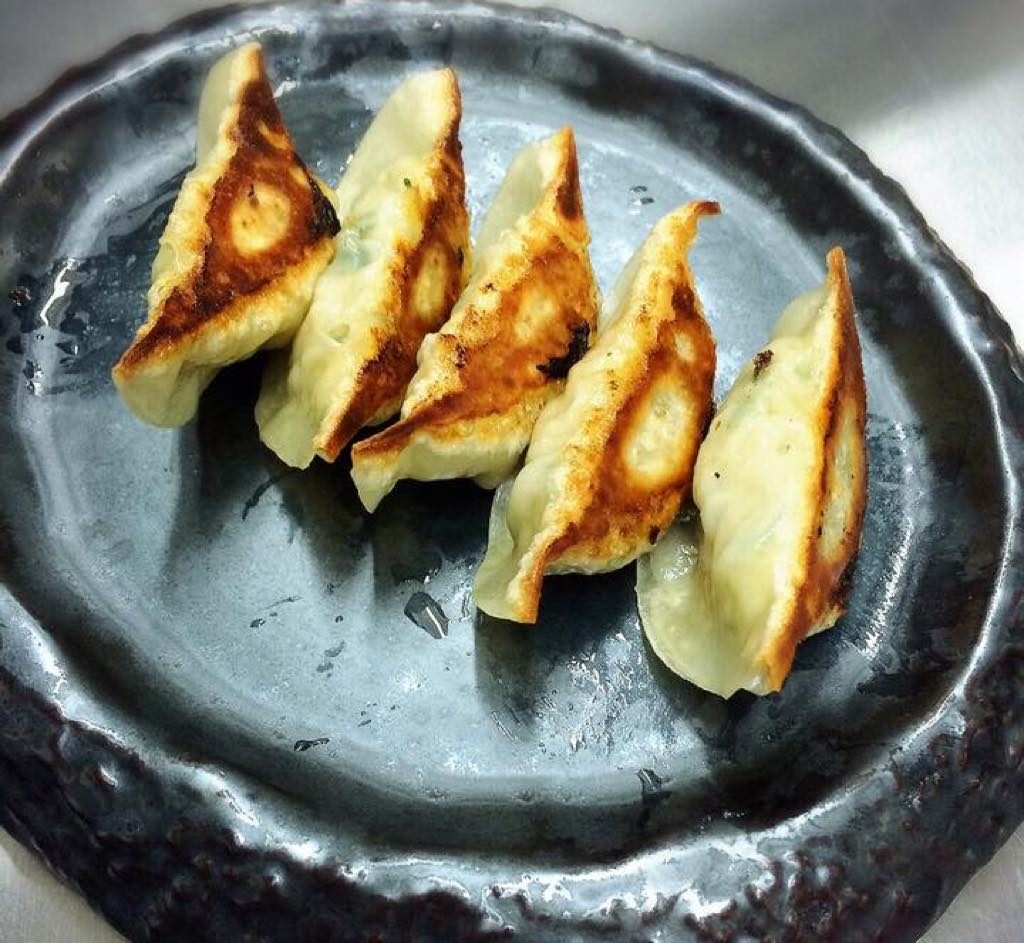 The gyozas were sublime, with thin, light wrappers and delicate, flavorful fillings. Not greasy in the least. They definitely deserved that award, even if it dates back to 2004. 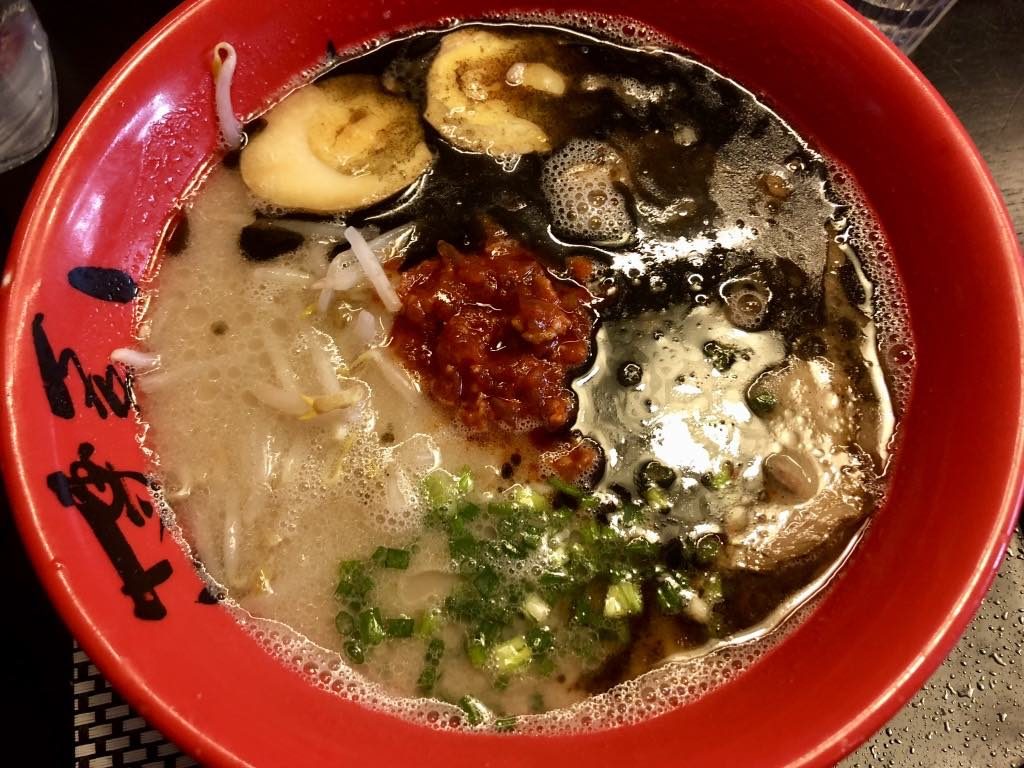 Many optional ingredients are available for the ramen. To be able to taste all of the possible add-ons, I ordered the “special, “ which included every one of them: chashu (pork belly), ajitama (boiled egg cooked in soy-sauce broth), “black garlic” (roasted garlic infused in oil) and spicy red miso paste (the chef’s secret recipe). After choosing how I wanted my noodles cooked – al dente rather than “firm” or “normal – I was served the splendid concoction. My favorite part was the deep, dark garlic infusion, but I also loved the spicy red miso sauce and, of course, the meaty broth and delicious pork. While I enjoyed the tonkotsu ramen I had last week at Sanjo, it pales in comparison to this one. Talk about umami: this soup had it in spades!  I want to go back right now and order it again. 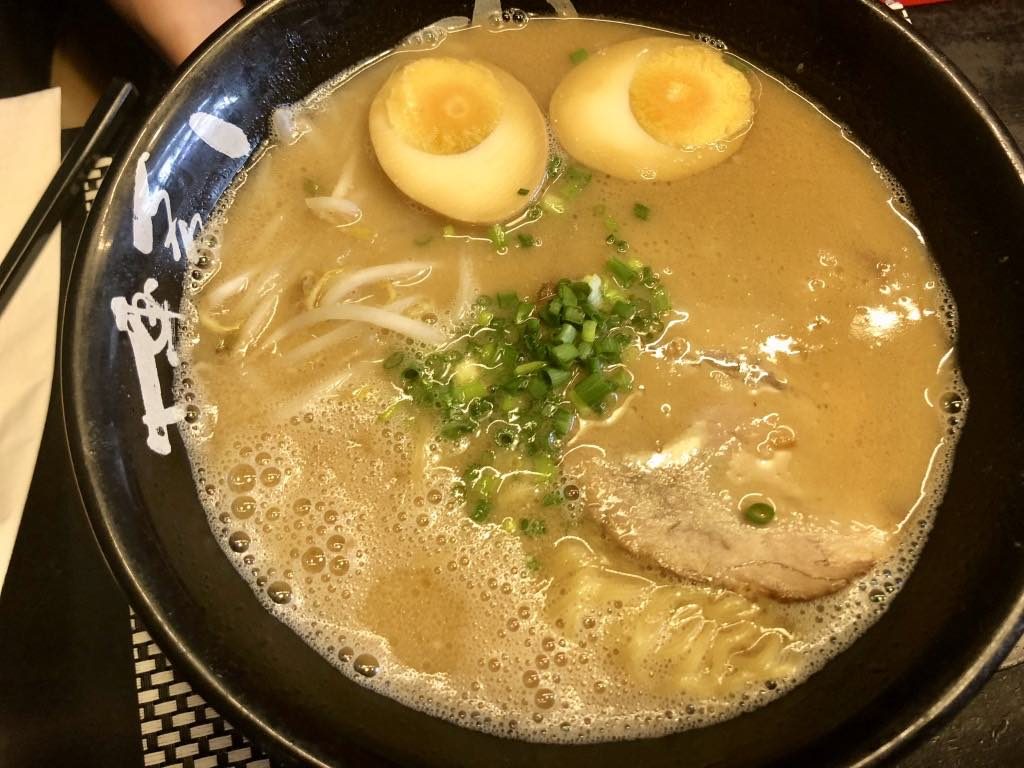 Bonnie had the tonkotsu miso ramen with an egg and pork, which was excellent but not as exciting as my special.

No desserts are listed on the menu, but we were perfectly satisfied without them.

As a huge fan of the film Tampopo, I am thrilled to have finally tasted something that approximates (in my mind, at least) the ultimate ramen the protagonist strives to create in the movie.

Open daily for lunch and dinner.
À la carte: around €20.