A Plunge into Implausibility 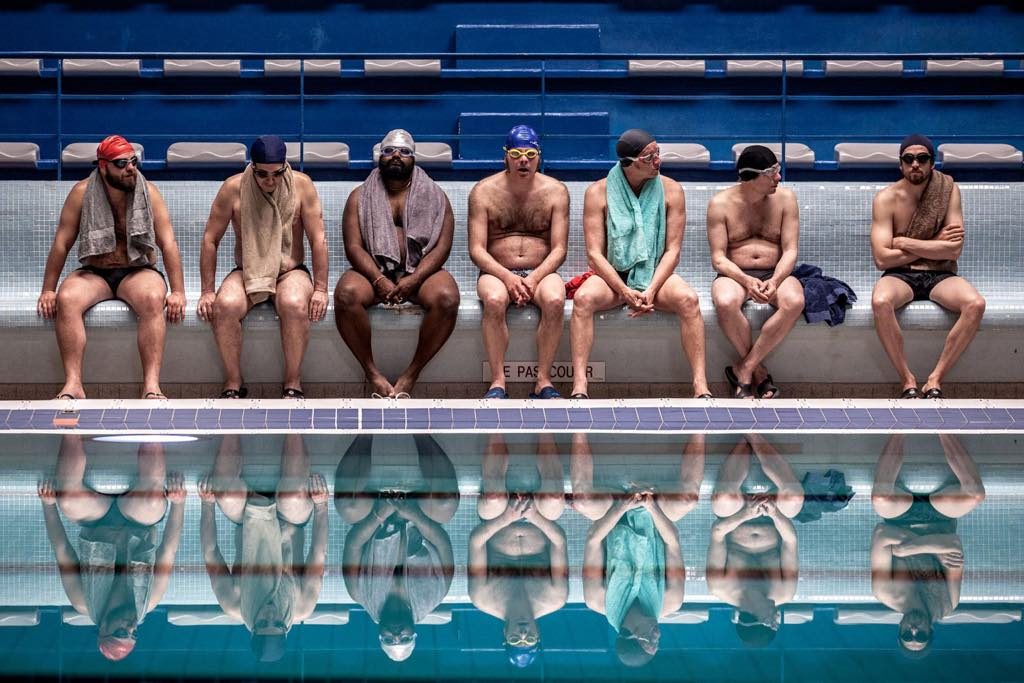 Isn’t it just typical? You wait so long for a film about a middle-aged male synchronized swimming team, then two come along at once. In Britain, Swimming with Men, starring comedian Rob Bryden, has received middling reviews (“likably daft,” said The Guardian critic) and did not greatly trouble the box office, but in France Le Grand Bain (Sink or Swim), which first showed out of competition at this year’s Cannes Film Festival, has been both a critical and ratings smash hit.

Directed by Gilles Lellouche, Le Grand Bain has an array of well-known stars, including Mathieu Amalric, Guillaume Canet,  Benoît Poelvoorde and Jean-Hugues Anglade, but even their pedigree does little to alleviate the strong sense that this is a “painting-by-numbers” movie. With an utterly predictable plot line, it is populated by maddeningly implausible characters. A dose of casual racism is thrown in for good measure.

The story focuses on Bertrand (Amalric), a depressive who suddenly finds the energy to join the local men’s synchronized swimming group. Even though this comedy runs at a pedestrian two hours, no time is devoted to offering any explanation as to why these very different men should want to be part of such a team.

Instead, the backstory of each (with one notable exception) is drawn out to ridiculous lengths in order to show just how dysfunctional they all are. Bertrand has unappreciative children and condescending in-laws; Laurent (Canet) glowers with rage as he tries to cope with a son who stutters, a distintegrating marriage (his wife Diane, played by Erika Sainte, is not given even a single line of dialogue, as far as I can remember), and a mother (Claire Nadeau) suffering from Alzheimer’s.

Then there is the aging rocker Simon (Anglade) who lives in a caravan, works in the school canteen and embarrasses his teenaged daughter; Marcus (Poelvoorde), who fritters away his company’s savings and fails to pay his staff; and Thierry (Philippe Katerine), a social misfit who works at the swimming pool.

The only member of the swimming team who is given absolutely no backstory also happens to be the only non-white character, Avanish (Balasingham Thamilchelvan). His sole function seems to be to serve as a figure of fun because he speaks in an unintelligible foreign accent that only one person in the group is able to decode. Such racial stereotyping in 2018 is unforgivable and not even remotely amusing.

The backstories keep on coming thick and fast, as the team is trained by two former synchronized swimming stars: Delphine (Virginie Efra), who also happens to be a recovering alcoholic and part-time stalker of her former partner, and Amanda (Leïla Bekhti), who is confined to a wheelchair and whose main comic turn is to thrash the middle-aged swimmers with a metal rod. If a male trainer were shown beating his female charges with such brutality, it would be deemed outrageous, but somehow the director finds it both acceptable and hilarious to depict a woman assaulting men.

It perhaps goes without saying that this group of disparate characters enters an international male synchronized swimming competition. Without giving the ending entirely away, I should mention that they turn in a heartwarmingly brilliant performance in Norway (aided by a lavish light show, which somehow they have managed to afford, even though they had resorted to robbing a supermarket to obtain their matching swimming trunks and bathrobes).

But who cares about implausibility when at the end we discover that the cure to, among other things, stuttering, Alzheimer’s, and crumbling familial relationships is to be found in synchronized swimming?

French cinema deserves a whole lot better than this dross.