Way Better than Your Average Bistro 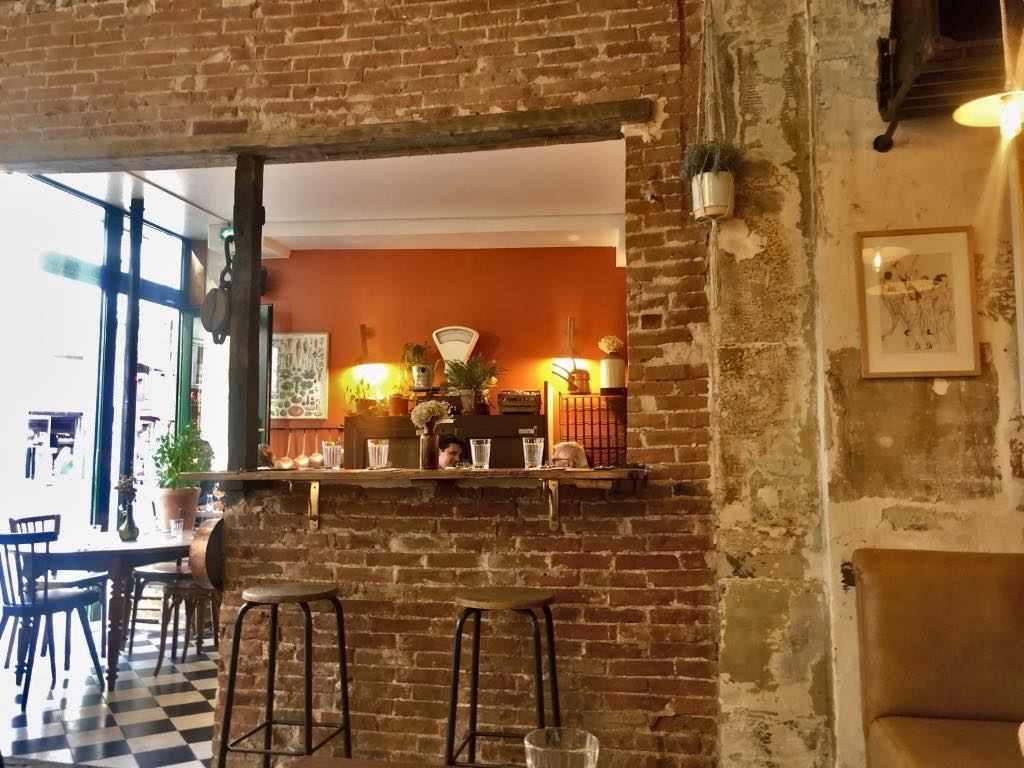 The Monday-night dinner conundrum – most Paris restaurants are closed – was solved for us last week by Mieux, located on the restaurant-lined Rue Saint Lazare,  where I can also recommend the Yacht Club across the street.

Unfortunately, it does not have a terrace, but the restaurant is open to the street, so there was plenty of air circulating to ward off worries about dining in an enclosed space.

Mieux feels like a friendly neighborhood bistro with a rather haphazard but likable decor of exposed bricks, a few bookshelves and framed prints, and some antique furniture and kitchen appliances. We were efficiently waited on by two amiable young men.

The choices on the menu didn’t seem very inspiring or original, so we were at a bit of a loss as to what to order. The waiter said there was one portion left of a faux filet (sirloin steak) that had been aged for three weeks, and my friend ordered that.

To start, we shared the smoked ricotta, which came piled high with tasty marinated padròn peppers and with a piece of homemade focaccia on the side. Fresh and enjoyable.

I had ordered the chicken for lack of anything else that appealed to me, but I was served the gnocchi instead. It looked delicious, but I held out for the chicken, which was promptly delivered with excuses.

As most of my readers probably know already, I go to restaurants hoping to taste dishes that would be difficult for me to make at home, and chicken is something I have at home all the time. I lucked out at Mieux, however, with this succulent piece of poultry with crispy skin. It was accompanied by cheesy polenta, spinach, artichoke hearts, pickled red onion and good gravy. I have rarely enjoyed a chicken dish in a restaurant so much.

My friend’s steak was also delicious, full of rich flavor and very tender. It came with the same accompaniments as my chicken, but they were so good that we found nothing complain about there.

We let the waiter convince us to order the dessert he liked best, but in retrospect, I think we would have preferred one of the other two choices, both of them fruity. We had the apricots with brocciu (a Corsican cheese similar to ricotta) with cantuccini (Italian almond cookies). It was very good but not quite decadent enough to make a great dessert.

Open Monday-Saturday for lunch and dinner.
À la carte: around €47.