A Bit of This and a Bit of That 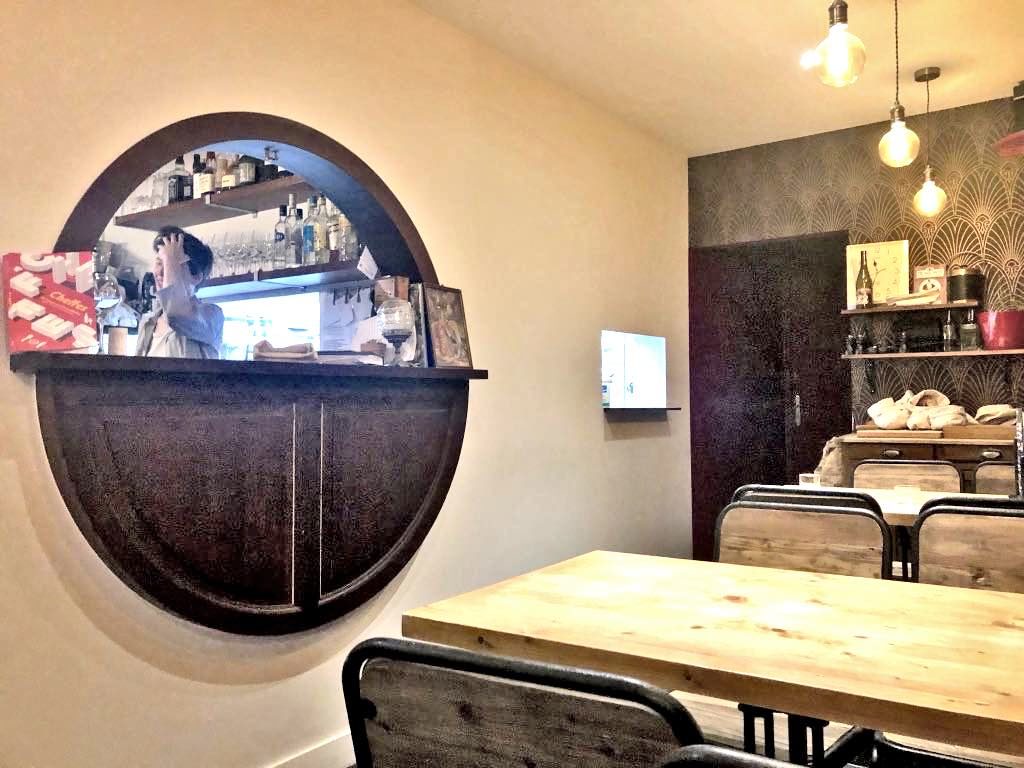 I had high hopes for the new Montmartre restaurant Padam Padam (presumably named after Édith Piaf’s famous song) after reading a highly complimentary review in a French magazine, Télérama, which noted that the cheffe, Marine Thomas, had previously worked with Geoffroy Maillard of the excellent La Table d’Eugène, also in Montmartre.

After the fantastic meal we had last week at L’Office, however, I was a bit let down by Padam, where the food is not nearly as refined. That is perhaps an unfair comparison, however; Padam Padam is just a different type of restaurant at a different level.

While there is not much in the way of decor here, we all agreed that we liked the dark wallpaper with a peacock motif, even though it gave the front dining a cave-like feel. One problem I noticed as soon as I arrived was the intense noise of many people speaking loudly in a small space. The boom-boom bass of background music didn’t help.

The menu lists dishes in no particular order, mixing up starters and main courses. The waitress with a fixed smile explained that they were all small plates and that we should order two each plus dessert, which we did.

I chose the bacon and cheddar croquettes, which the French reviewer had loved, as a starter. I loved them a lot less. They were pretty tasty at first, but there were six of these rather stodgy balls, and I soon tired of them. Luckily, my friends were there to help out.

One of the others had the pork pâté with morels and fois gras. He approved of the flavor, but thought it was a bit greasy.

The third starter was a small round squash stuffed with a cod mixture. In spite of a list of interesting ingredients – eggplant with wild garlic, kaffir lime and baby spinach with curry-flavored oil – my friend found it rather bland.

After the spectacular pork belly we had had at L’Office, I guess I was expecting something similar when I ordered the slow-cooked pork at Padam Padam. Here it was served as a filling for samosas with a slightly too-sweet barbecue sauce. Again, nothing wrong, but nothing to ring bells of joy either.

The small piece of lamb fell into the same category of good but not special, with a menu description that made it sound more exciting than it was: “gigot d’agneau au lard de la vallée d’Aosta et son jus, chou rave rôti et fondue de poireaux.” 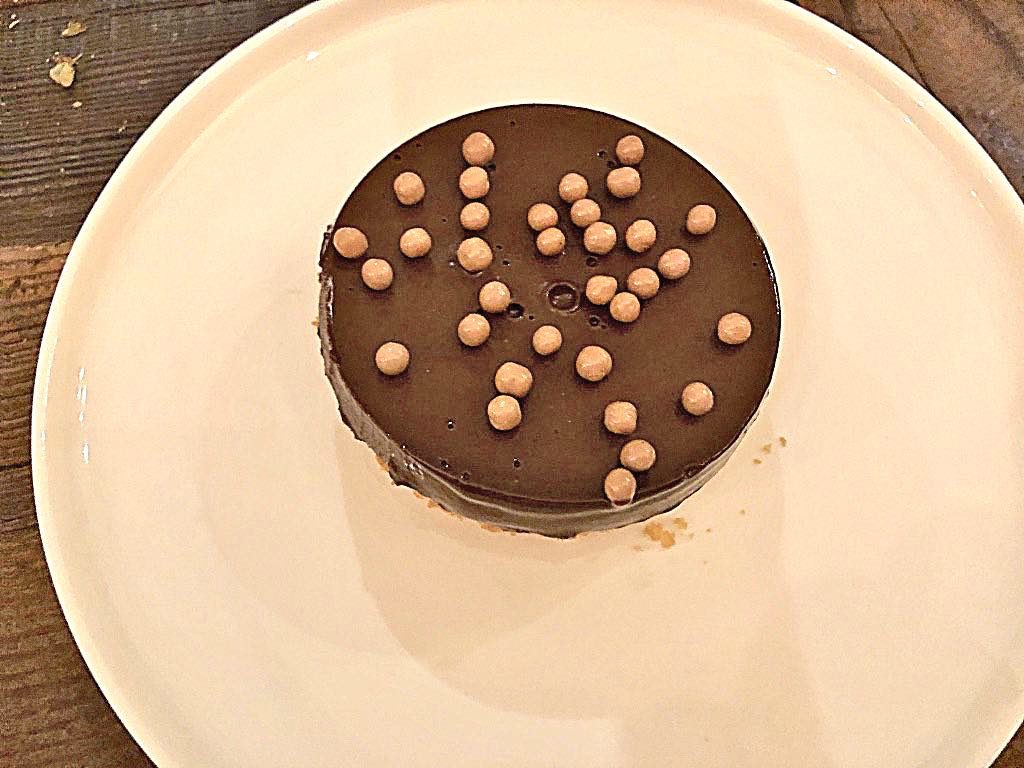 For dessert, I had the chocolate tart, which was fine but not extraordinary. Nice crust but the chocolate didn’t reach the highest standards.

The pavlova was not really a pavlova – no meringue – but it was delicious, with pineapple, mango, lime and coconut instead of berries and excellent whipped cream.

The sorbets – blood orange, hibiscus and strawberry – were very good.

I hope I wasn’t too prejudiced in my assessment of Padam Padam. I would say it’s a fine little neighborhood bistro, but not really a destination in itself like La Table d’Eugène, which now has a Michelin star. The menu at Padam Padam is a bit of this and a bit of that – no real identity – and the extreme noise levels are a serious drawback.