It is almost never a good idea to wander around the streets of Paris looking at menus in windows in hopes of finding a good restaurant – you usually end up with a mediocre meal. We lucked out the other night, however, when we stumbled across Papa Poule (it means “doting father”) in the Bastille area.

After rejecting a cozy-looking restaurant whose chalkboard menu listed a few too many “usual-suspect” dishes, we crossed the street to check out the spacious Papa Poule. Its modern decor features blond wood furnishings, high and low tables, and walls lined with shelves of wine bottles. We were also attracted by the limited-choice menu with more original offerings than the other restaurant.

Papa Poule also had an original “concept,” or at least one I had never seen before: for the first course and desserts, it serves a n0-choice assortment of dishes to be shared.

With six dishes, there was something for everyone’s taste, all of it unusual and delicious. There were truffled deviled eggs (works beautifully); a wonderful beet salad with sliced duck and pomegranate seeds and a nutty flavor; lingots (small white beans) with mackerel; bone marrow, a bowl of nice fresh shrimp, bulots (sea snails) and crevettes grises (sand shrimp) with homemade mayonnaise; and boudin blanc with cooked apple.

These dishes may have been made from leftovers, but who cares? With a creative chef making tasty dishes like these, it’s a great way to avoid waste.

There were seven choices for the main course. Three of us had the cerf (venison), which was tender, juicy and cooked to a turn. I had wisely asked that mashed potatoes be substituted for Jerusalem artichokes. They were just as I like them: fresh and hot, not too creamy, with lots of flavor and a few small lumps to prove they had been mashed by hand. Wonderful with the meat juices.

The other main courses were scallops with a celeriac risotto and a casserole of sweetbreads and kidneys with mushrooms and buckwheat, both of which received the nod of approval from those who ordered them. 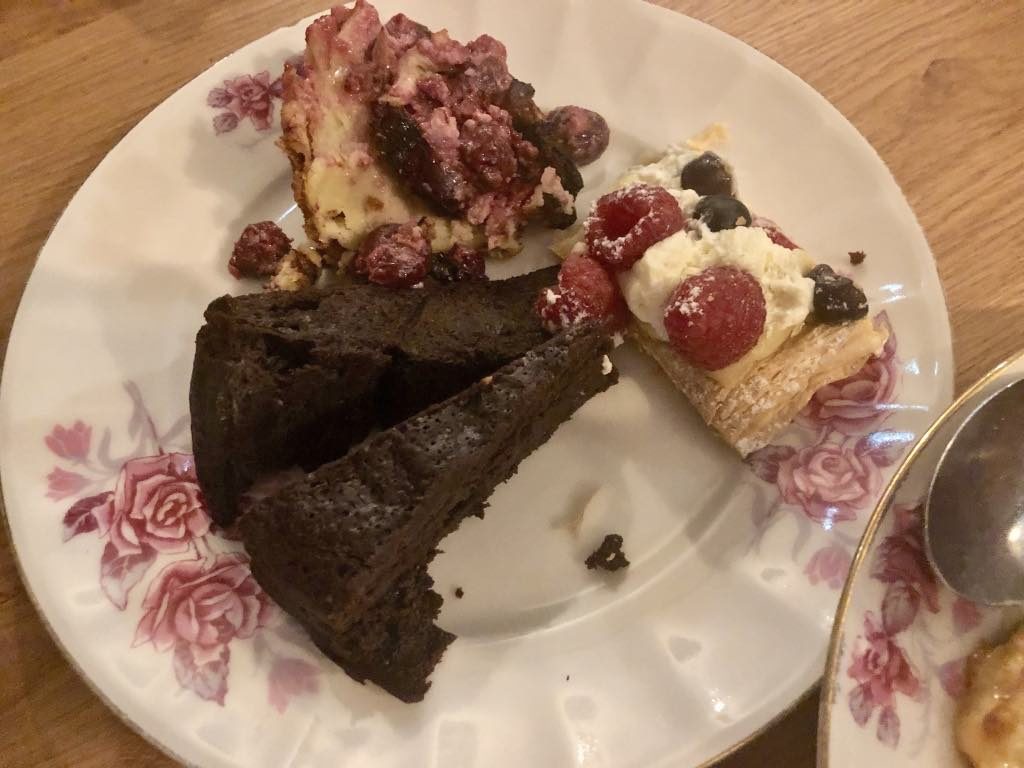 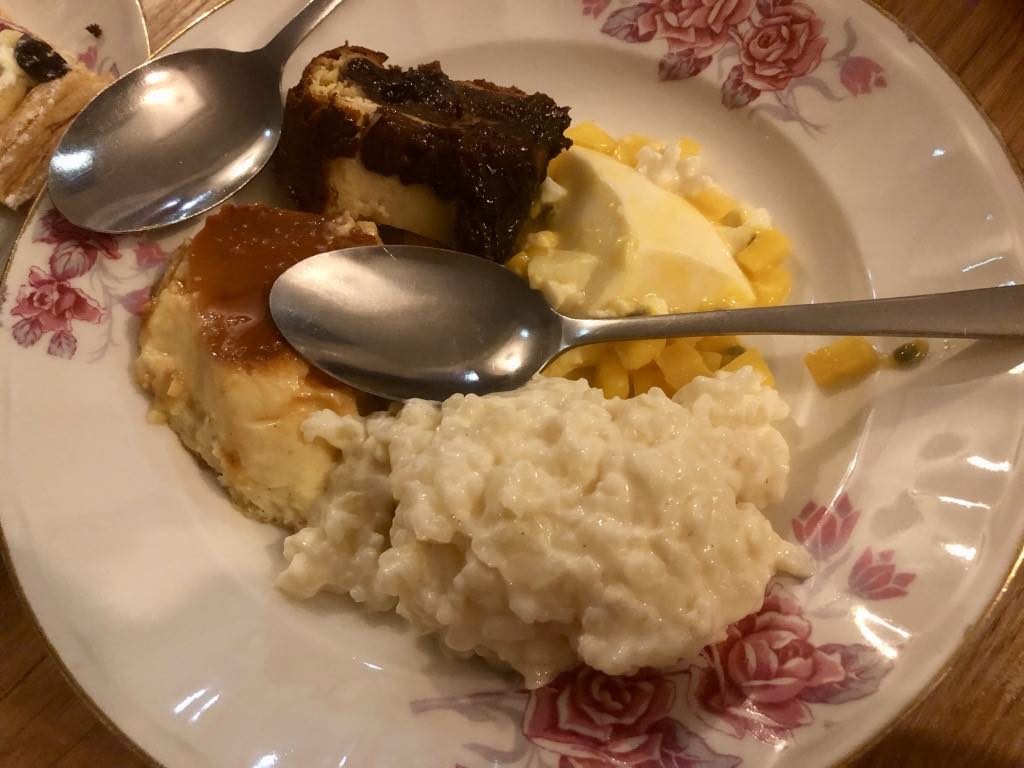 Desserts were based on the same principle as the starters: an assortment to be shared. That evening, they included prune clafoutis, rice pudding, crème renversée, crème catalane and chocolate cake. They were all tasty, but not quite as successful as the other courses, with the chocolate cake winning the popularity contest by far.

This great formula based on seasonal ingredients makes life easier for the kitchen and for customers who have a hard time making decisions. It also helps keep prices low: €25 per person for a very satisfying meal.

The service was sometimes a tad slow, but our waitress was taking care of an excessive number of tables by herself and was so sweet and charming that we forgave her everything. The atmosphere was lively and joyous – bon enfant, as the French say.  I can’t wait to go back.

Open Monday-Saturday for lunch and dinner.