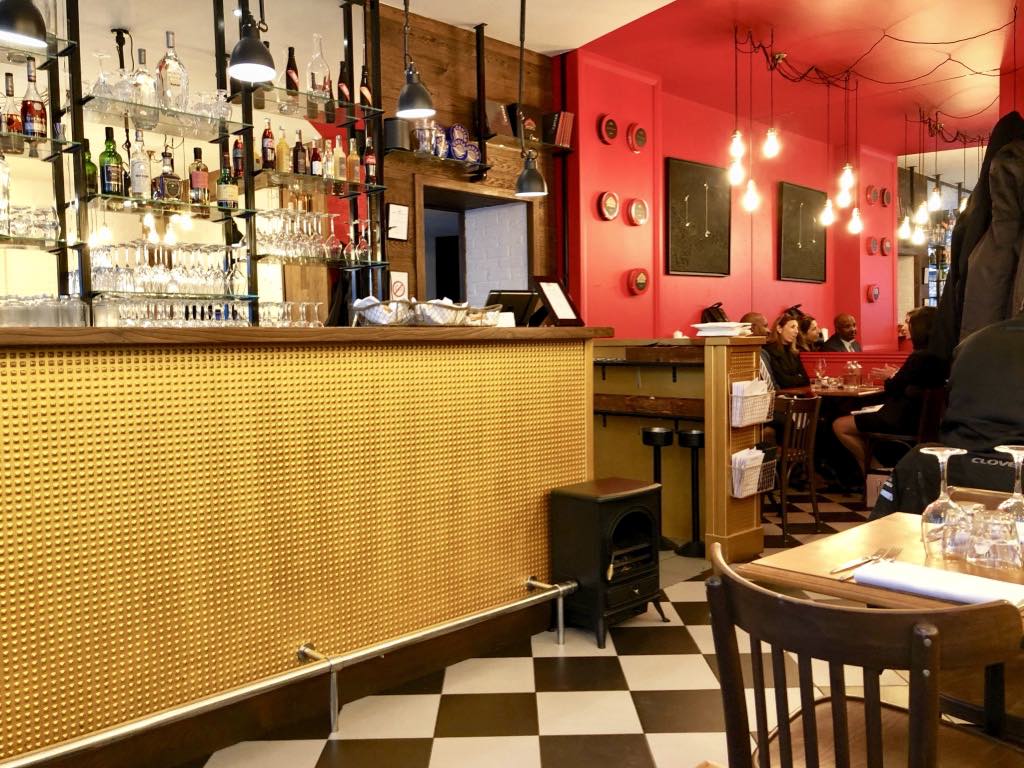 Le Petit Boutary is the younger, more casual sibling of Boutary in Saint Germain-des-Prés, a restaurant opened in 2016 by the house of caviar Boutary, which was founded in 1888 but recently acquired by a new owner.

The petit version of the restaurant is located on a quiet street in the bustling Batignolles area of Paris, near the city’s ring road. The dining room is smartly decorated with a wood-paneled wall with a big mirror, a textured yellow bar and scarlet-red walls in the back room. Next to the main dining room is the large (by Paris standards) kitchen, which also contains a chef’s table (request when reserving if you want to watch your food being made by chef Jae-Wook Hur).

Caviar lovers will be happy to hear that they can start their meal with a 5-gram spoonful of the house caviar for €9.50. We skipped that course and went straight to the set lunch menu at €32  for three courses, with two choices for each course.

We were kept happy while waiting by an appetizer of delicious dried beef with great bread. “Waiting“ is the key word here; there is only one waiter in the dining room at lunchtime, and, although he was absolutely lovely, it was just too much for him even though the restaurant was not full. It took him quite a while to get around to taking our wine order, which didn’t arrive until after the first courses had been served. Everything might have gone a lot faster had there had been a printed menu, but as it was he had to explain each dish in great detail both when taking orders and serving them.

This was really the restaurant‘s only drawback, however, and all was forgiven because the server was so nice and because we so enjoyed the food.

Among the three of us, we tried all the dishes on offer. One of the first courses consisted of chestnut soup with a soft-boiled egg, sautéed oyster mushrooms and a big, delicious chunk of grilled and buttered brioche.

The other was a fresh and flavorful trout tartare with dill vinaigrette and smoked mozzarella.

The plump and tasty Basque-style blood sausage (prepared with meat and leeks) was sprinkled with Espelette pepper and served with a marvelous horseradish cream, butternut purée and crispy fried broccoli (a delightful surprise), a watercress salad and melt-in-the-mouth baby potatoes. 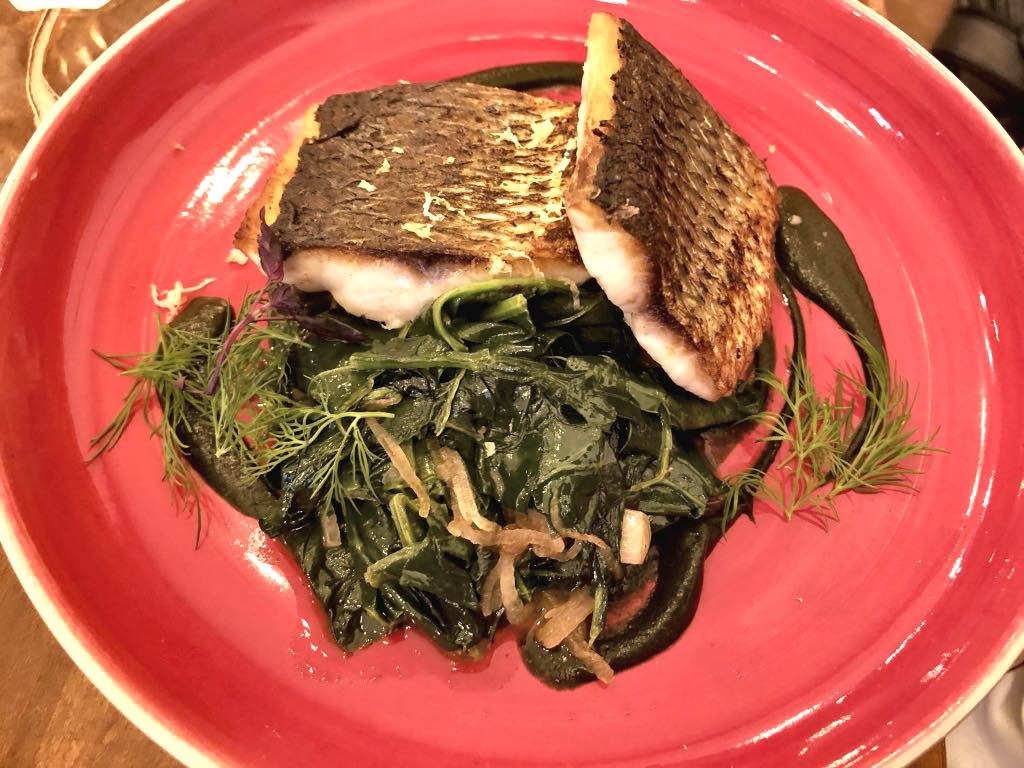 The fish course was a fine mullet served with sautéed spinach and slow-cooked fennel.

For dessert, the pear pavlova was pronounced not as good as one my friends had had at the Petit Boutary on another occasion, but it was still lovely.

Even better were the profiteroles with chocolate cream inside rather than ice cream, a divine chocolate sauce and hazelnuts. They disappeared before I had time to say “profiteroles.”

My lunch companions, former Paris Update C’est Ironique columnist David Jaggard and his wife, Nancy Li, had already been to Le Petit Boutary a few times and consider it one of their favorite restaurants. This visit confirmed their impression, and it’s now on my list, too.