Music in the Kitchen 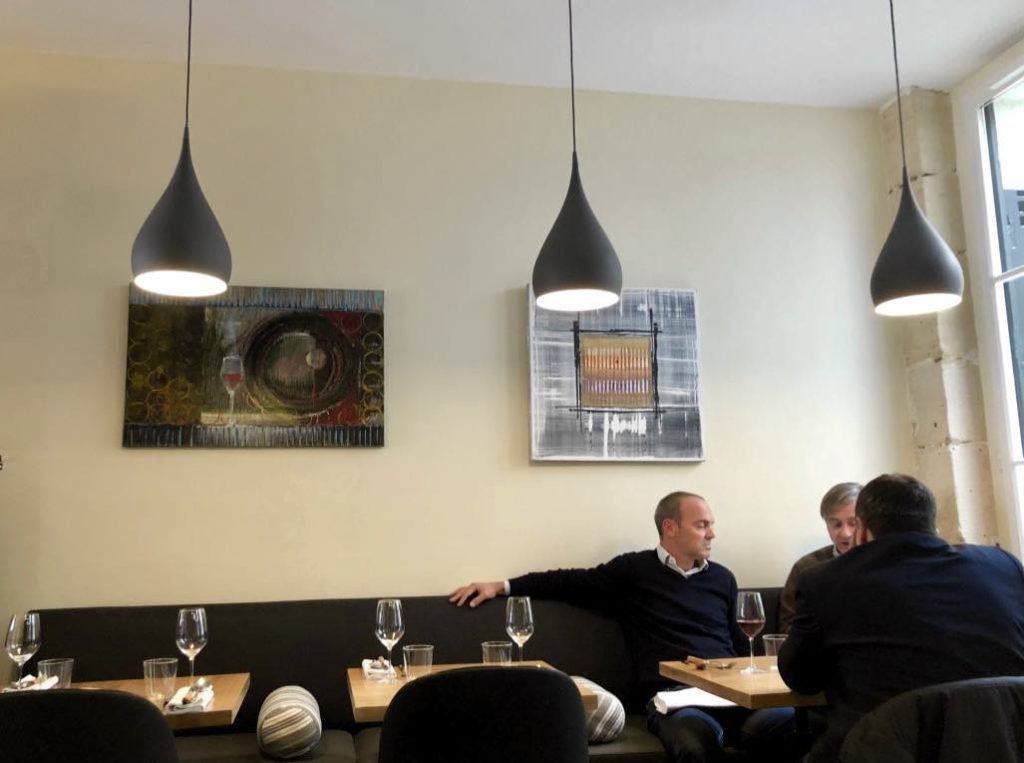 I went to Pianovins with a food-blogger friend who had already been there, loved it and reviewed it. When he arrived, co-owner Éric Mancio – who, along with his partner, chef Michel Roncière, worked for Guy Savoy for many years – immediately recognized him and came running over to thank him profusely.

Mancio went away but soon rushed back with a bottle of wine that he said we must taste. It was a Côte de Feule Arbois Pupillin from Hughes Beguet, obviously natural with its very light color and slight fizz.

When it came time to order, there was not much thinking to be done. There were only five dishes on the lunch menu. All of them could be tasted for €49, or three dishes for €30. We all opted for the latter.

The amuse-bouche promised on the menu was a little cup of wonderfully buttery sweet-potato soup, with the unnecessary (but seemingly ubiquitous these days) addition of bits of chorizo. 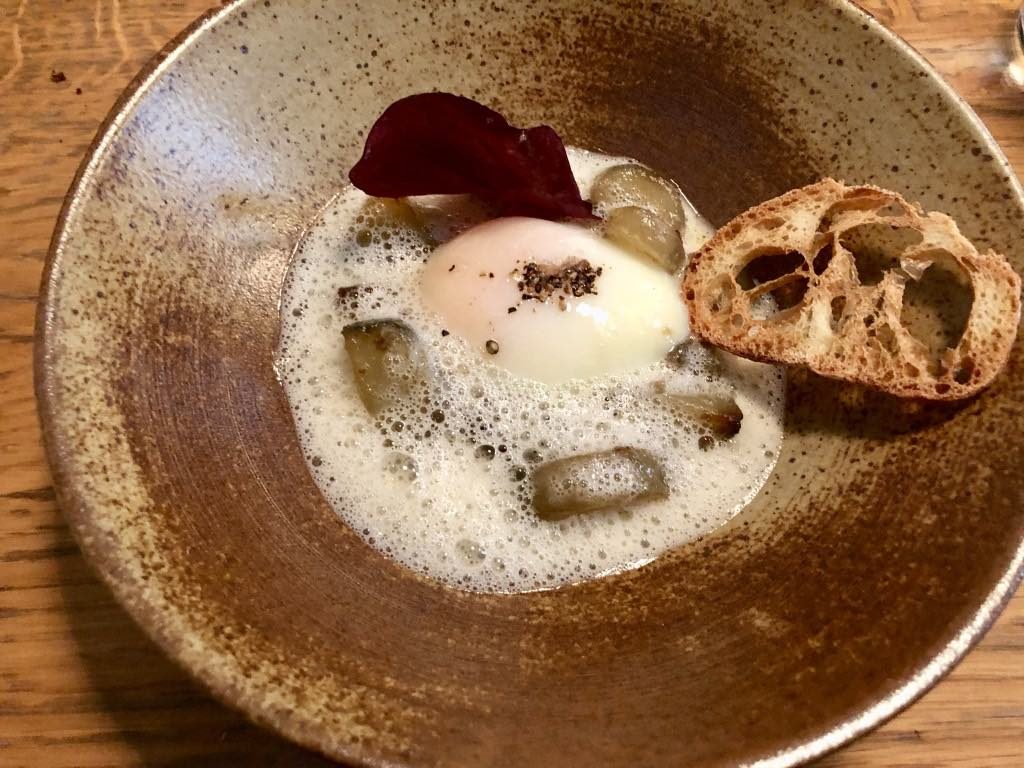 When the first course, a soft-cooked egg with poire de terre (yacón) root and a piece of toast, appeared, Mancio advised us to “pierce the yolk and let the alchemy happen.” The magic did its work, with delicious results.

For the main course, we had line-caught lieu  jaune (pollock) with helianthus root and a scattering of samphire. The helianthus had a pleasant, mild flavor, something like Jerusalem artichoke. The fish itself was fine, with a salty crust.

The dessert on the three-course menu consisted of – count them – three clementine sections with some cream and clementine sorbet. Simple but enjoyable. 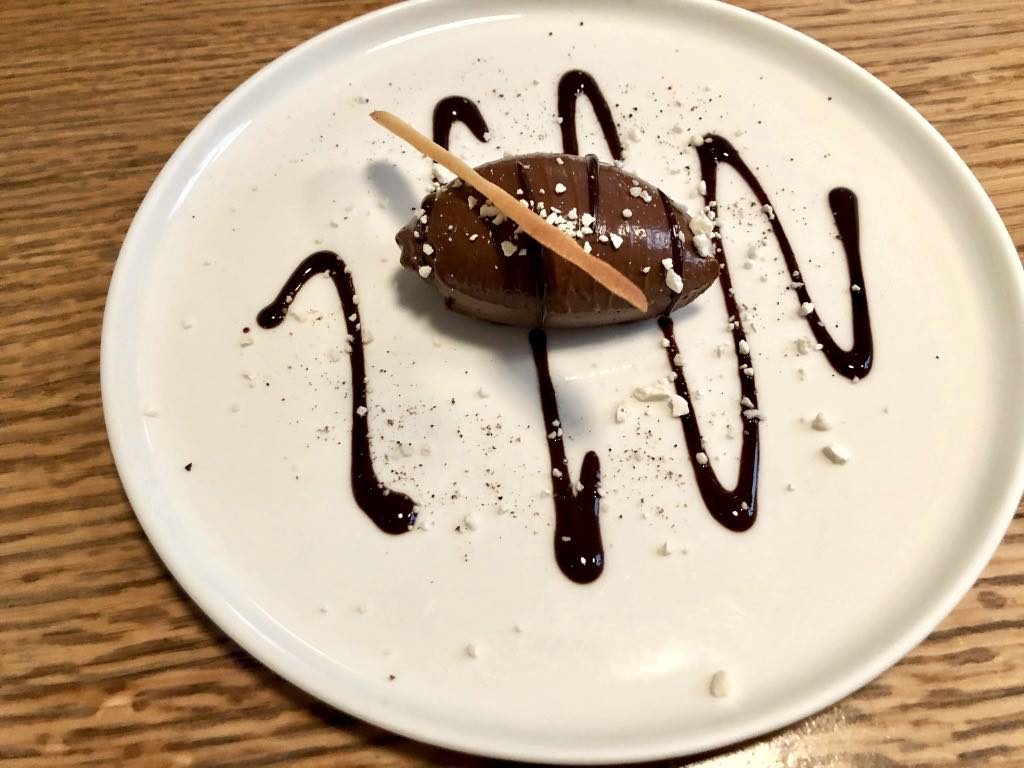 Because my friend was the darling of the restaurant, to the point where Mancio could be said to be fawning over him, he was allowed to have the chocolate dessert even though it wasn’t on the lower-priced menu: a ganache nicely flavored with mild Likouala pepper from the Congo.

When the check came, we expected the wine to be a gift from the owner, since he had foisted it on us without asking us what we wanted. No such thing; there it was on the bill, but luckily it was only €32 (he hadn’t told us the price).

The name of the restaurant, by the way, refers to the respective specialties of Roncière (“piano,” chef slang for “stove”) and Mancio (wine).

My friend, who had found his first lunch at Pianovins to be spectacular, was slightly disappointed by this simple meal. I enjoyed it, but feel that it didn’t really show off the chef’s talents to full effect. Perhaps I should return in the evening for the full piano concerto?