One of the few noteworthy restaurants around the Parc des Buttes Chaumont in the 19th arrondissement, Quedubon is a classic bistro that was well known for its wine selection under longtime owner Gilles Bénard. He has now gone on his merry way, but the huge blackboards covered with an impressive list of wines are still there under new owner Marc-Antoine Surand.

And, in my humble opinion, the food is even better with cheffe (the new feminine form of “chef” in French) Laetitia Noury in the kitchen. The friendly, chatty waiter informed us that she makes everything herself, even chopping up whole pig’s heads to make her own headcheese and other delicacies.

I was curious to discover what she would do with calf’s feet and tail, but, alas, they were out of that dish. Instead, I ordered the daily special: quail with cooked apple in a spicy sauce. I found it a bit bland at first, but it grew on me as the subtle flavors kicked in and mingled.

We also sampled the delicious Thai-style marinated beef with red peppercorns, and the calf’s tongue with ravigote sauce. I usually have a hard time with the texture of tongue, but I found this version quite palatable. Clearly, Cheffe Noury has a way with so-called variety meats.

There was no offal on offer for the main courses, however. The major hit was crispy/super-tender beef cheeks in red wine sauce with fine mashed potatoes, a dish I wouldn’t mind eating regularly.

My super-tender souris d’agneau (lamb knuckle) with ras el hanout (a mixture of North African spices), served with carrots and turnips, was excellent, a kind of Europeanized couscous complete with semolina and coriander in a lovely sauce (Noury obviously has a way with sauces as well). 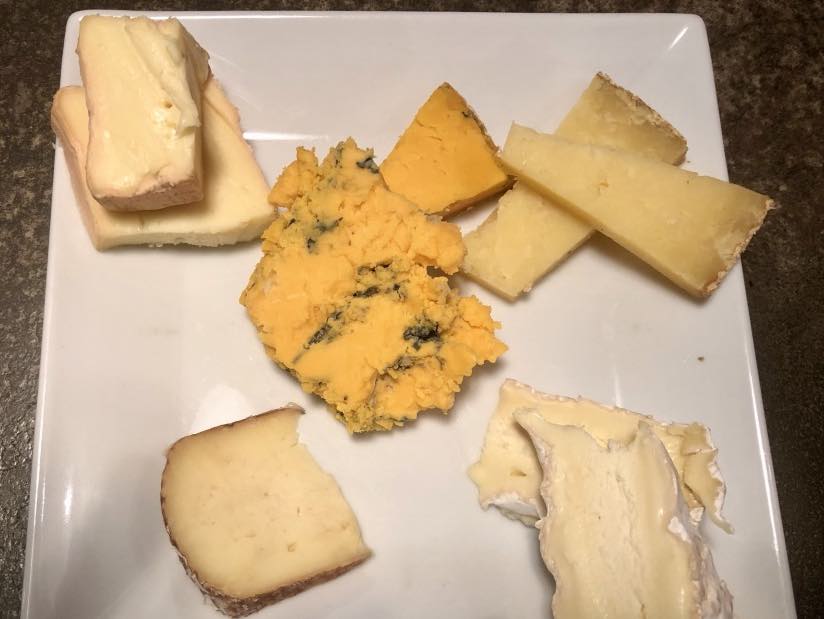 We had been eyeing the tempting cheese board near our table all evening, so we ordered a couple of cheese platters to share. They were the most generous I have seen in a long time in a Paris restaurant (the waiter, dismayed at the amount given to us by his assistant, took them back and added more). The highlights of this fine assortment were the Salers, Maroilles and an outstanding Shropshire blue (English cheese in a French restaurant!). 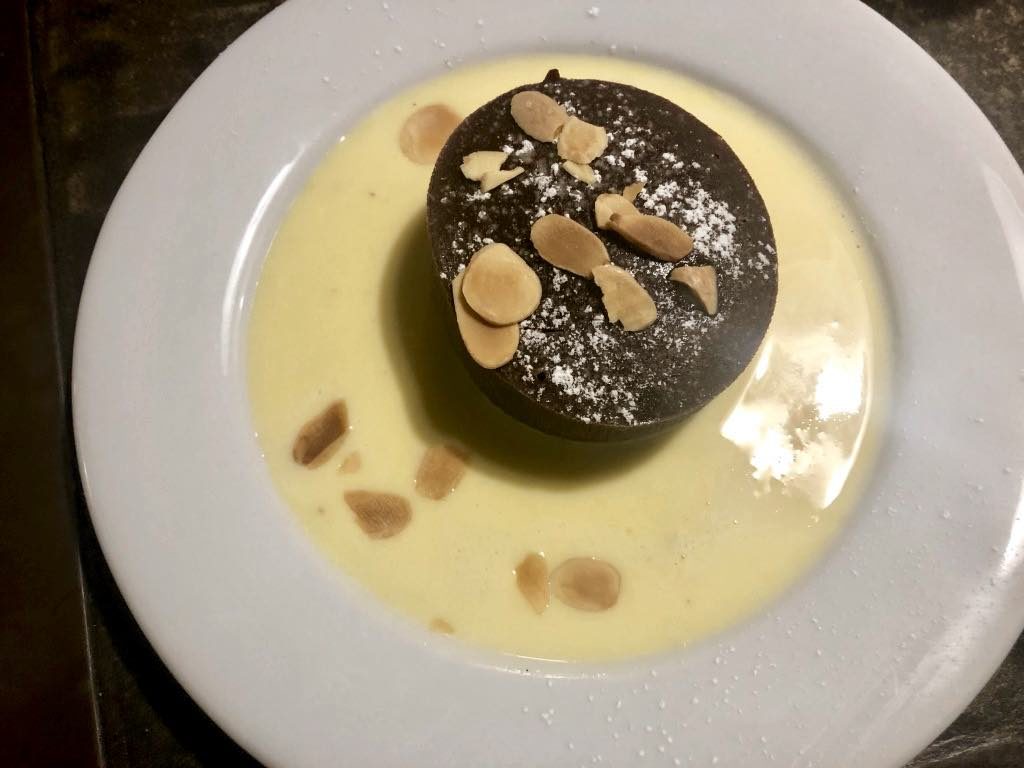 The desserts were also highly pleasing: a mandarin-orange cake and a soft-centered chocolate cake that was so good we ordered another, but it turned out to be the last one available.

On a return visit, the beef cheek dish was not on the menu, so we went for the amazingly flavorful prime rib of beef, which had been aged for seven weeks and was cooked to perfection.

Unfortunately, Jean, the enthusiastic waiter who helped make eating here such a pleasure, is moving to Canada. Let’s hope his replacement will be as wonderful as he was.

No doubt about it: Quedubon fully lives up to its name by serving only what’s good.

Open Tuesday-Friday for lunch and dinner, Saturday for dinner only. Closed Sunday and Monday.
Three courses à la carte: around €45.