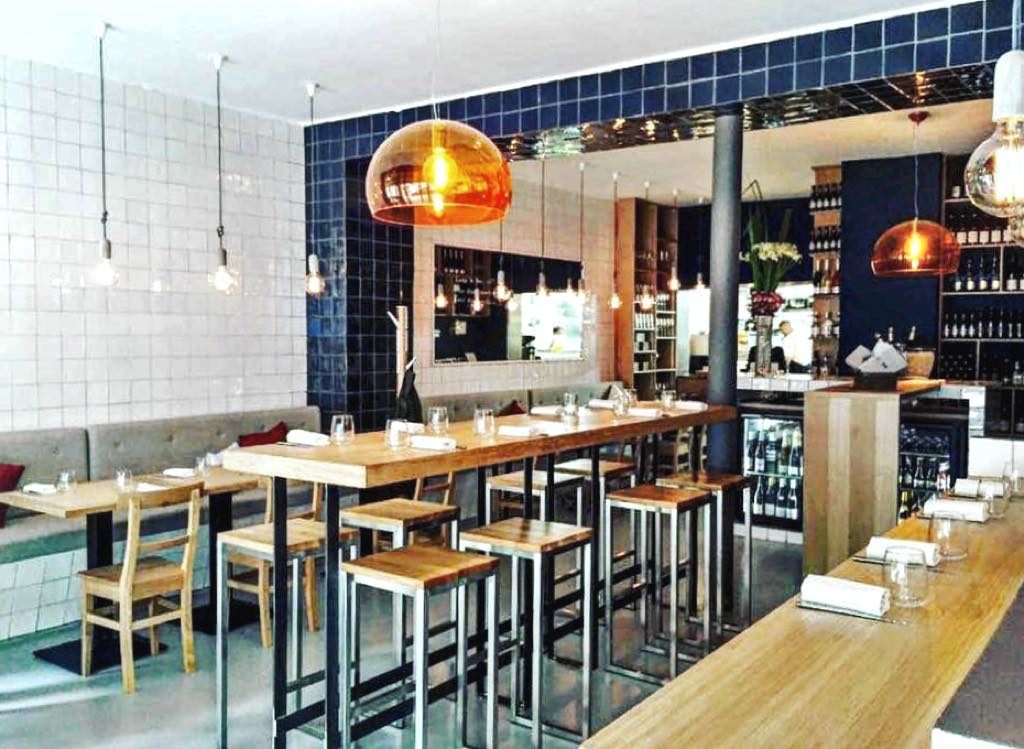 My friends and I were lucky enough to turn up at the restaurant Salt (first reviewed here in 2015), in Paris’s 11th arrondissement, only a week after chef Antoine Tonon had taken over the kitchen. It’s usually a good idea to wait until a new chef has settled in, but in this case there was no need.

The Australian co-owner, Abigail Snellgrove, gave us a full rundown on every ingredient in every dish on the short menu du jour (four choices each for starters and mains), and since there were four of us, we ordered them all.

Before the meal got underway, we were treated to two amuse-bouches. The first was a trout tartare with parsnip chips, which one of my friends pooh-poohed as “banal,” but that I found to be subtle and bursting with freshness. The other, which my friend heartily approved of, was more vibrantly flavored, it’s true: a delightful dish of white beets with parmesan emulsion and toasted hazelnuts. 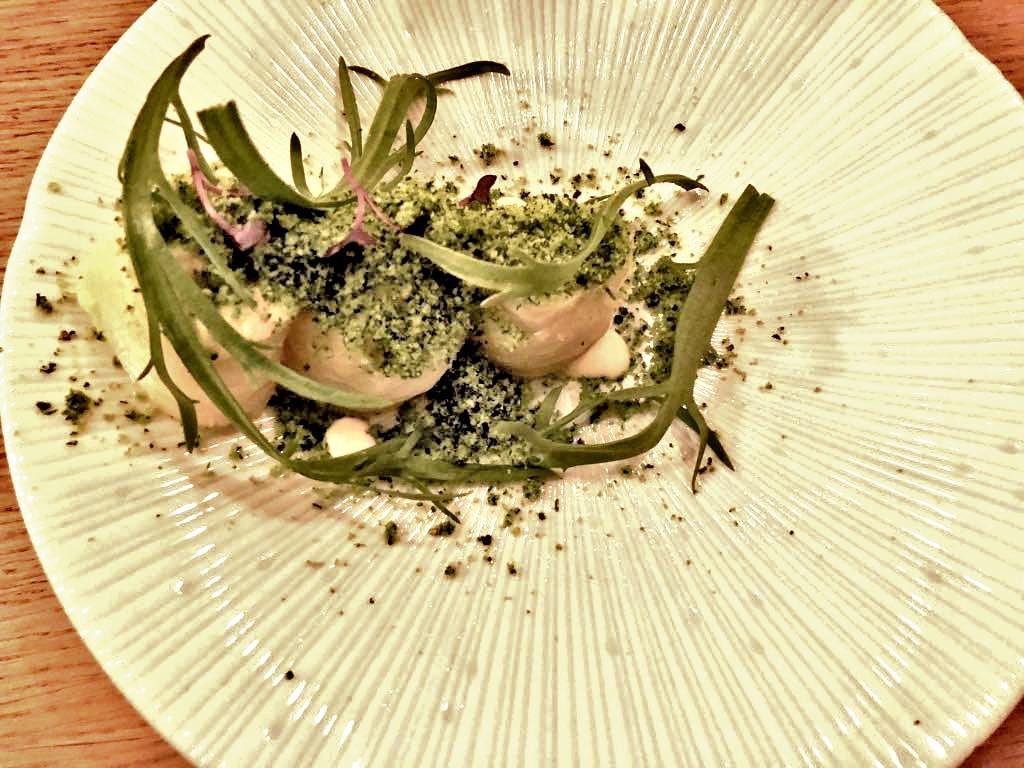 Even though I was hesitant about ordering haddock, which I often find to be far too salty – especially given the name of the restaurant – I chose the haddock with cauliflower and Chinese cabbage. That doesn’t sound very exciting, but it was as prepared by Tonon. The haddock had just the right degree of saltiness and was beautifully balanced by the other ingredients.

The others purred with delight over their starters: tender octopus with fennel and cucumber, herring soup with grenaille potatoes and wild sprouts, and little turnovers of beef with kohlrabi marinated in hibiscus.

I stayed with fish for the main course: cod with Brussels sprouts and medlar. The fish was nacré (“pearly), as promised, and delicious. I even liked the lightly cooked and prettily presented Brussels sprouts, nothing like the overcooked vegetables with an unpleasant metallic flavor that I hated as child.

Of the other three main courses, the veal fillet with celery and horn-of-plenty mushrooms won the highest praise, but the scallops with cauliflower and sesame were also highly appreciated.

The only complaint I heard throughout the meal was that the amandes de mer (clams with the unfortunate name in English of “dog cockles”) were too chewy. They were, but the risotto-like barley concoction flavored with dulse (a red alga) that came with them was delicious.

I don’t know what’s wrong with my friends, but this group, too, like those I ate with at Eels the same week, did not want dessert. They did finally agree to share one, however, and I noticed that they all eagerly scooped up the stunning pear sorbet on a bed of chocolate crumble.

I’m on a roll with restaurants with one-syllable food names. If it weren’t for that one false step (the chewy clams), I would say that Tonon’s cooking at Salt is as good as that at the aforementioned Eels, which was just about perfect.

Open Wednesday-Friday for lunch and dinner, Tuesday and Saturday for dinner only.
À la carte: around €47.