It’s a great space with lots of room and stained-glass windows, whose decor changes with each new tenant. The current chefs seem to have brought their mismatched hanging lamps with them, which don’t really suit this more upscale setting.

As is only natural, they have also brought some of their favorite recipes and ingredients with them.

In a classy touch, we were given warm towels to wipe our hands with, then a delicious braided bread – a cross between a brioche and a croissant – was set down on the table, followed by a plate of amuse-bouches: a fabulous polenta chip dotted with yuzu-flavored cream, a less-interesting beet chip and a little savory cake.

We had all ordered the three-course lunch menu for €35 (it has since gone up to €39). The first course was a winner: a very lightly battered and deep-fried (like tempura) white asparagus stalk served with béarnaise sauce flavored with reine-des-prés (meadowsweet), which we all went mad for, and broccoli cream. Lovely. 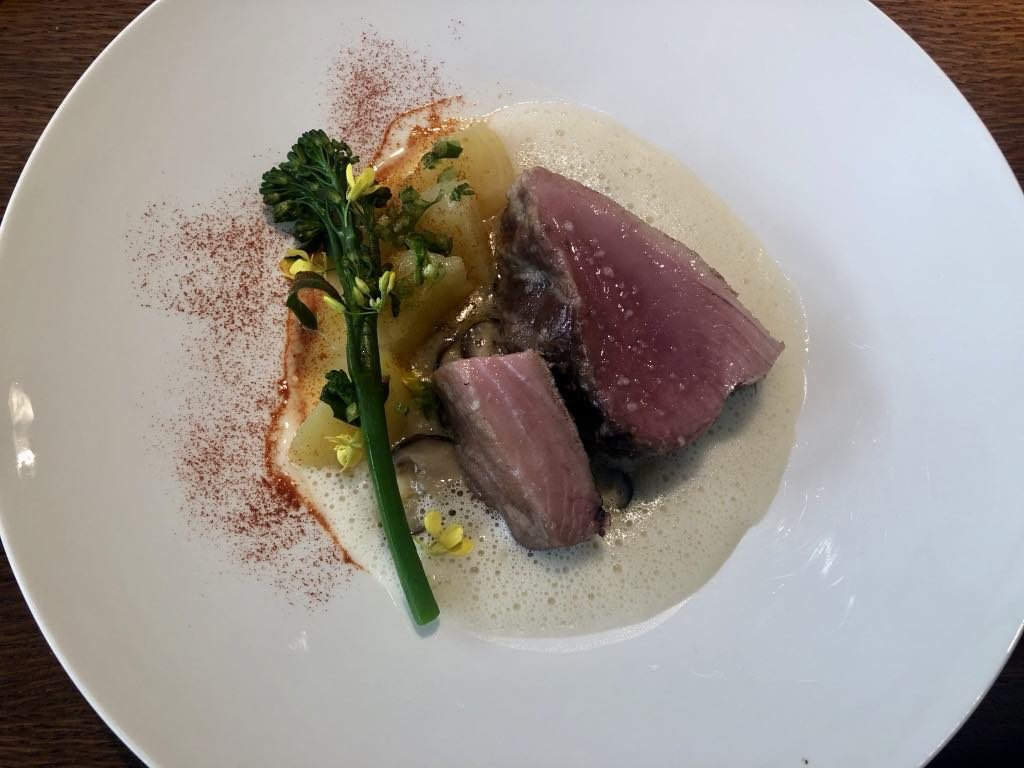 Two of us were slightly less taken with the main course of line-caught tuna cooked tataki-style and served with mushroom sauce, boiled potatoes, broccoli rabe and chili powder. I found the fish-mushroom combination off-putting at first, but it grew on me.

The light dessert was a unanimous hit: frozen yogurt with coconut and passion fruit, topped with a transparent sugar wafer. Brilliant. It so happens that I had the same dessert at Virtus when it was still called Le Clandé a few years ago, but so what? It deserves to be kept on the table.

After that visit, I rated the food at 7.5 out of 10. Today, I would up that to 8.0. Michelin agrees and gave Virtus a star in its latest guide.