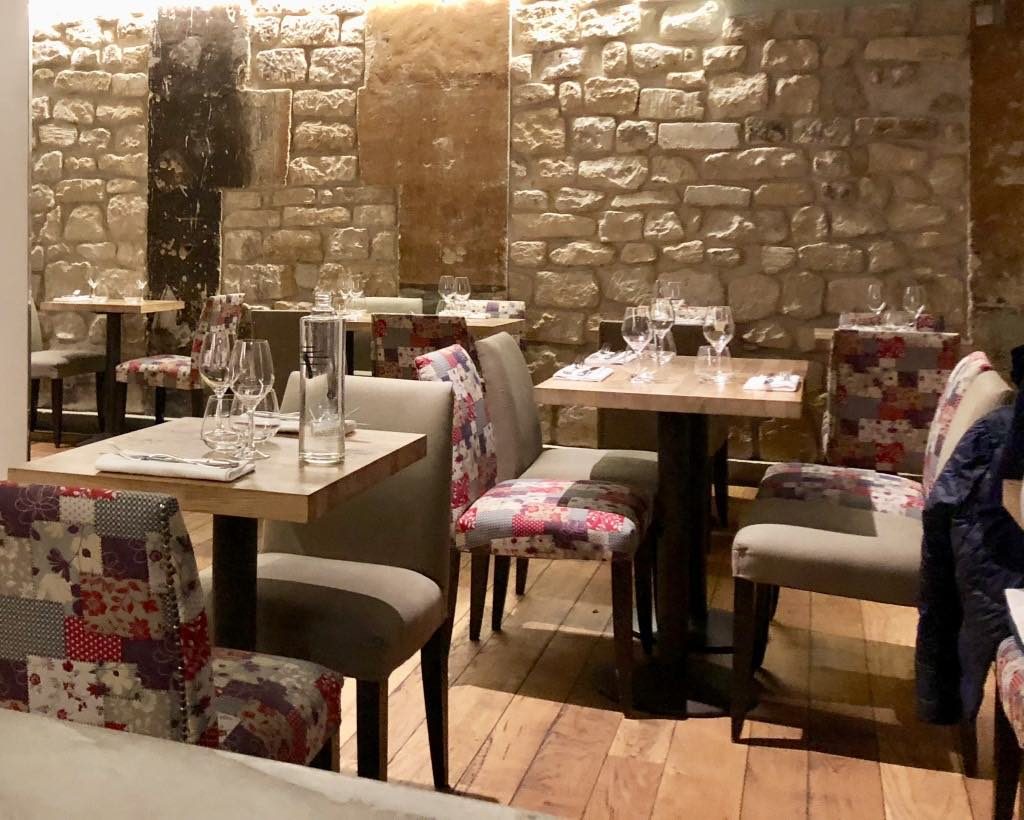 I was saddened when a friend who, like me, loved the Basque restaurant Iratze told me that it had closed, but I recently discovered that it hadn’t really. The same owners, a friendly young couple, are still there, but when the restaurant’s Basque chef, Mathieu Moity, left, they changed its name while keeping its meaning: iratze means “fern” in Basque, while korus refers to the unfurling fronds of the silver fern, fittingly, a Maori symbol of rebirth.

The new man in the kitchen is Hanzhou Piao, a Canadian who has some serious international credentials, having worked at Gordon Ramsay’s restaurant in Tokyo, André Chiang’s in Singapore and David Toutain’s in Paris.

Like Grive, reviewed here last week, Korus insists on the best-quality products. Everything is made in-house except for certain cold cuts and cheeses. 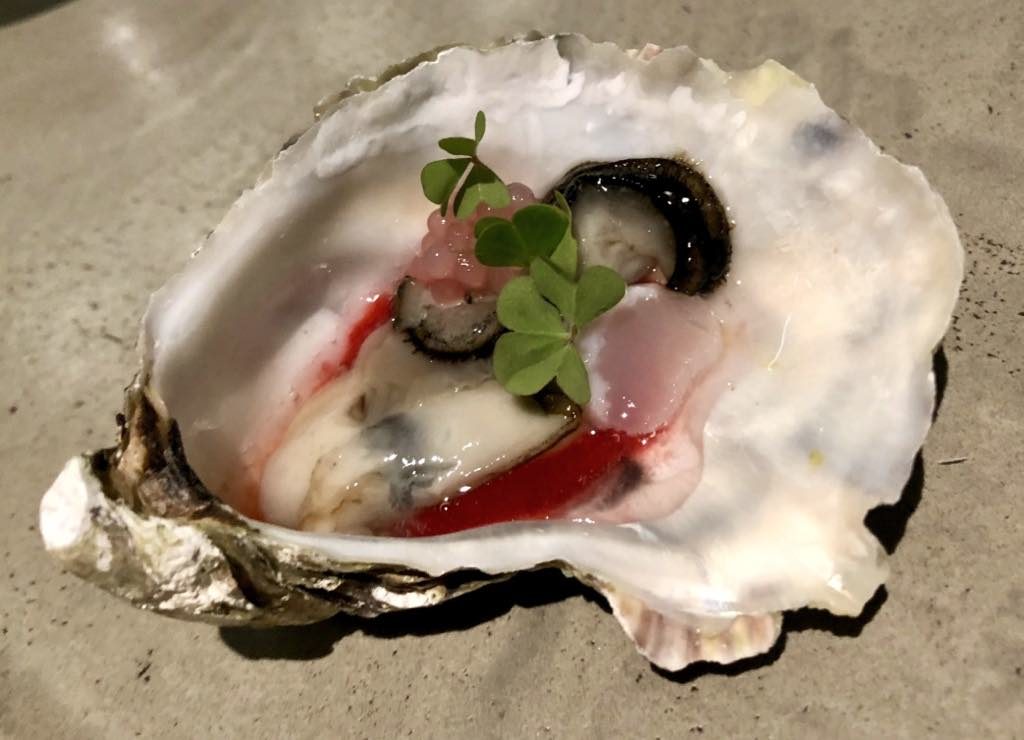 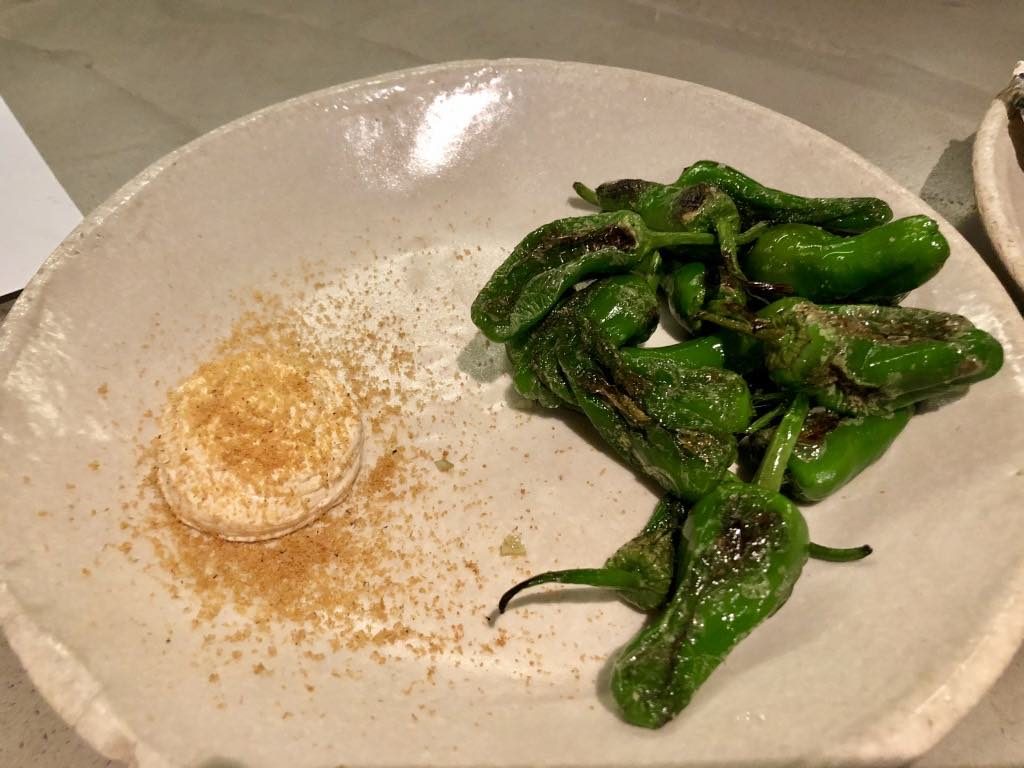 The menu offers only two choices for each course, but what wonderful choices they are! And they were supplemented with two very amusing amuse-bouches: sparkling fresh oysters with raspberry cream and wood sorrel, a brilliant combination, and a dish of pimientos de Padrón beautifully paired with a smoky tarama sprinkled with poutargue (cured fish roe). 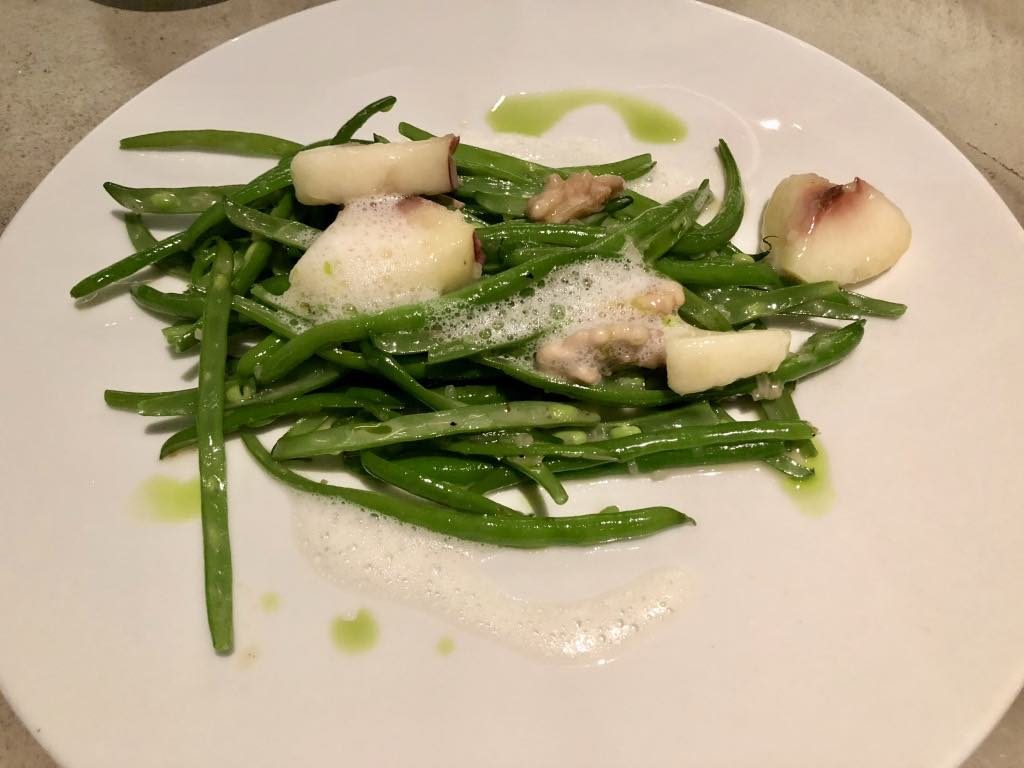 Both starters were stunners. The fresh, crisp green beans were dolled up with white peaches, fresh walnuts and mint emulsion. 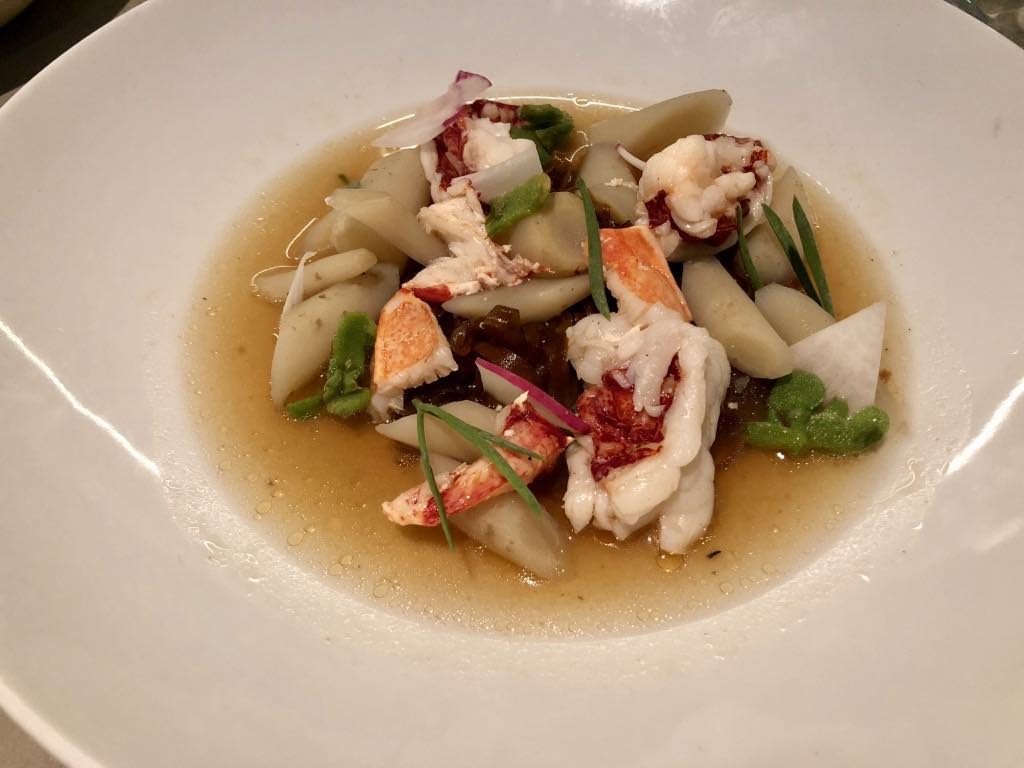 Then there was the delectable lobster (a generous portion) in dashi with black salsify and radishes. Wow! 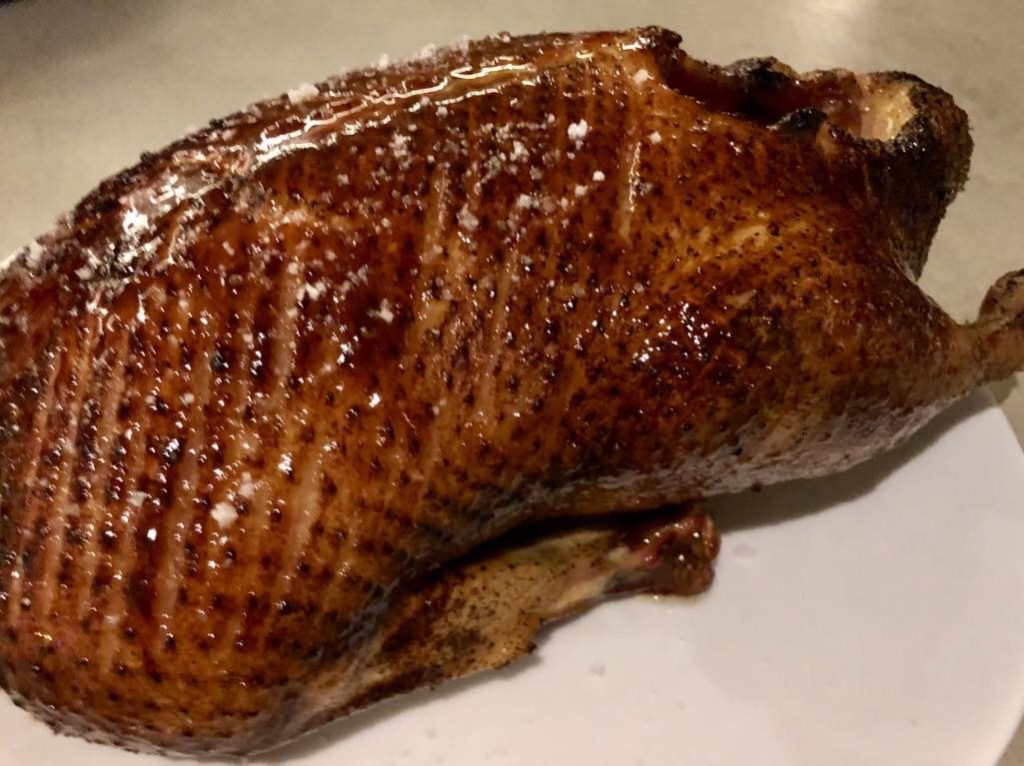 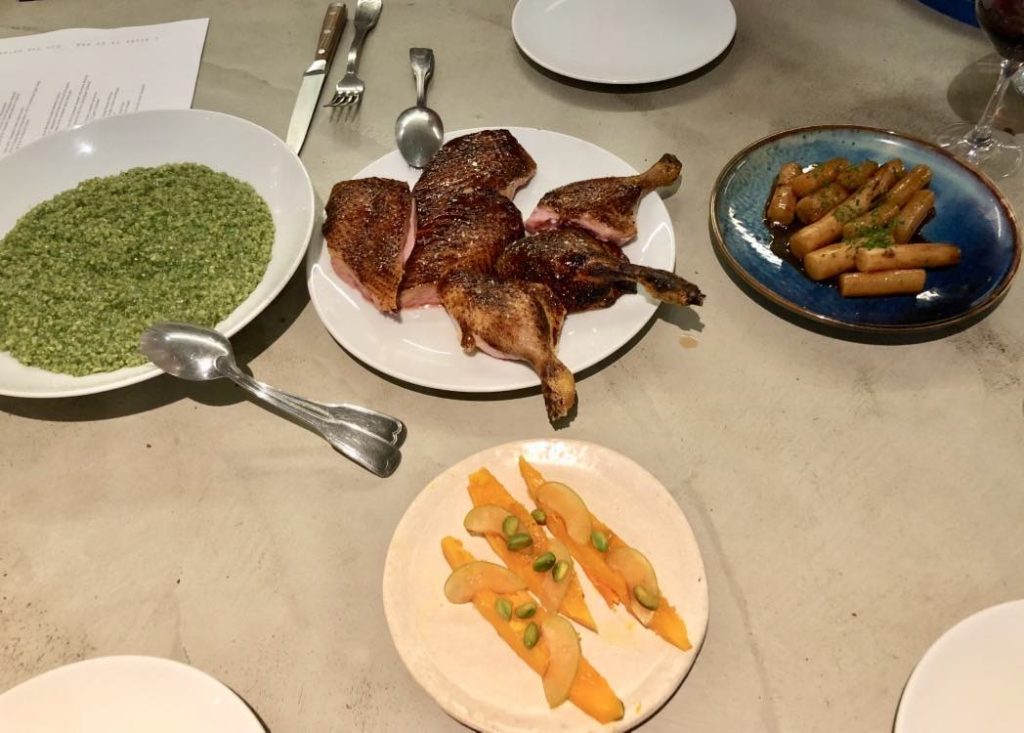 We were once again wowed by the duckling, which we had all ordered. The chef came out to present the whole bird to us before carving it up in the kitchen and serving it family-style with squash topped with pistachios and a bowl of rich quinoa with miso butter and herbs. I could have eaten that alone and been satisfied. 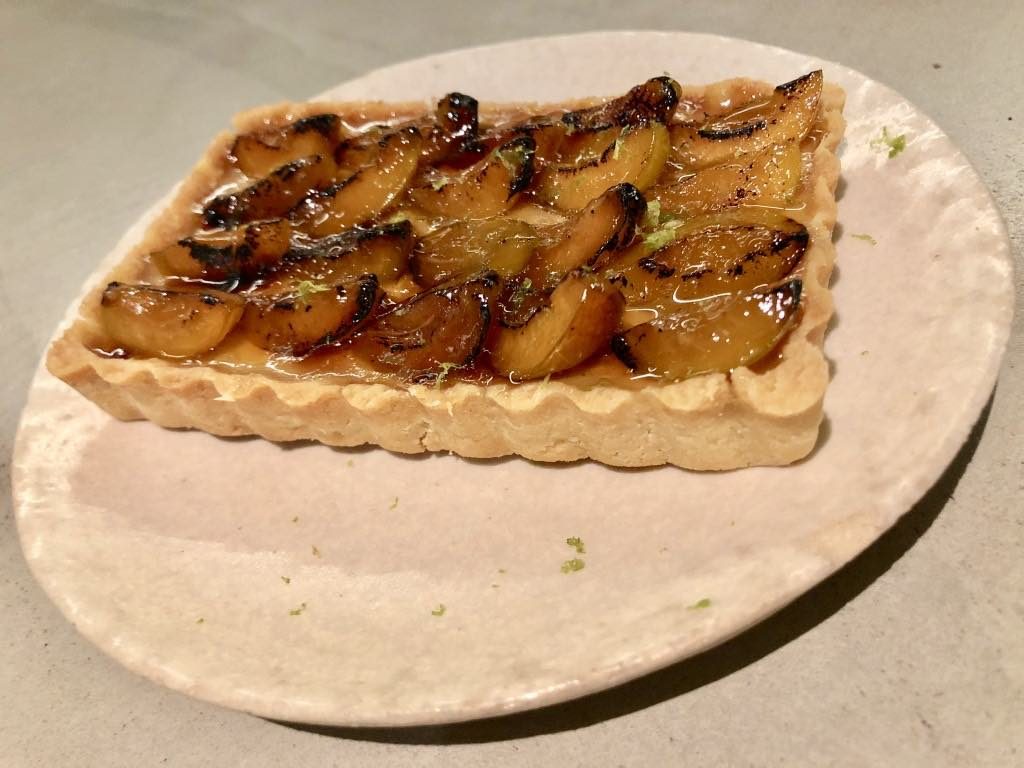 As usual, I had to strongarm my dining companions into sharing a dessert with me and, as usual, they were more than happy to indulge once it arrived in spite of their original protests. It was a delicious mirabelle tart with a perfect crust that tasted far better than its appearance would lead you to think.

The service at Korus was also family-style in the best sense. We felt right at home and well cared for.

I fell in love with Iratze when I first went there, and now that it has been reborn as Korus, I am in love again.